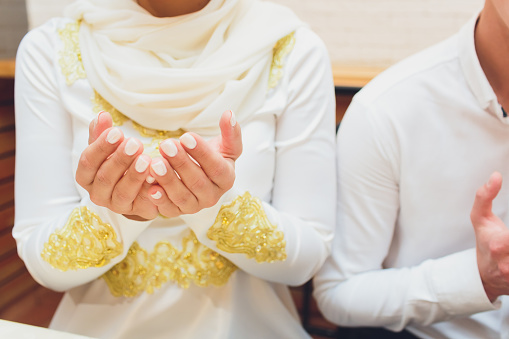 According to Punjab and Haryana High court, Muslim girls are free to marry of their choice after attaining puberty.

A plea of a 17-year-old girl was accepted by the Punjab and Haryana court after marrying a 33-year-old Hindu man. The 17-year-old married the Hindu man against the wishes of her family.

The bench led by Justice Harnaresh Singh Gill accepted the plea made by the 17-year-old and ordered police to ensure the protection of the couple.

According to the High court, a Muslim boy or Muslim girl, who has attained puberty is free to marry anyone he or she likes without the interference of a guardian.

Few lawyers have argued that the couple is above 15 years of age and hence can make a valid decision for themselves.

"In view of the decisions cited above, the law is clear that the marriage of a Muslim girl is governed by the Muslim Personal Law. As per Article 195 from the book 'Principles of Mohammedan Law by Sir Dinshah Fardunji Mulla', petitioner No.1 being 17 years of age, is competent to enter into a contract of marriage with a person of her choice. Petitioner No.2 is stated to be about 33 years of age. Thus, petitioner No.1 is of marriageable age as envisaged by Muslim Personal Law," the Court observed.

According to a few people, the legal marriage age in India was 18 years and that this decision of the Punjab and Haryana High court is promoting child marriage.

On contrary, according to Justice Harnaresh Singh Gill and Justice Alka Sarin, the rights stated in our Constitution cannot be taken away from the petitioner just because he/she has married the person against the wishes of his/her family.

According to United Nations International Children’s Emergency Fund (UNICEF) during the Covid-19 pandemic more than 100 million girls in South Asian nations were forced to marry before the age of 18. This number would significantly be increased to 110 million as consequence of this pandemic.

“When a girl is forced to marry as a child, she faces immediate and lifelong consequences. Her odds of finishing school decrease while her odds of being abused by her husband and suffering complications during pregnancy increase. There are also huge societal consequences, and higher risk of intergenerational cycles of poverty,” said Anju Malhotra, UNICEF’s Principal Gender Advisor. “Given the life-altering impact child marriage has on a young girl’s life, any reduction is welcome news, but we’ve got a long way to go.”

The aim of the United Nations Sustainable Development Goal is to end the violation of this human right by 2030.

Gender inequality is considered as one of the main reasons behind promoting child marriage.

Girls who are forced to marry before reaching the legal age suffers from domestic violence, dowry and illiteracy as they are forbidden from receiving proper education.

least 777,000 girls under 15 years give birth each year in developing regions.

Despite all these negative consequences child marriage continues to be a norm in South Asian nations.

The Provincial Assembly of Pakistan had passed the Sindh Child Marriage Restraint Act by fixing 18 years as the minimum age of marriage both for boys and girls.Whereas India had a passed a new law “Prohibition of Child Marriage Act of 2006 by fixing 18 years as minimum age for marriage of girls and 21 years for boys. Now the legal age for marriage for girls has increased from 18 to 21 years. The reason behind accelerating the marriage age for girls was to provide proper education for girl child and promoting gender equality.