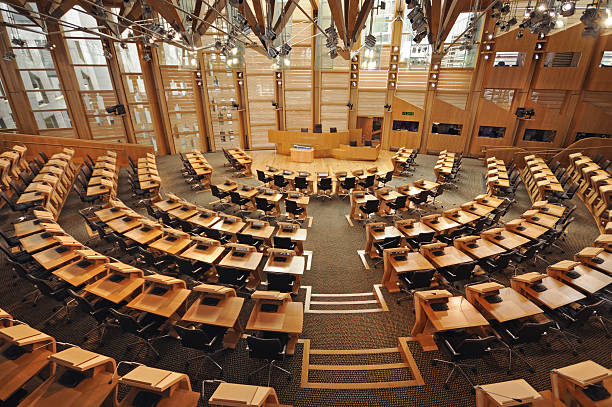 The UK cost of living crisis has had a serious effect on everyone. People are struggling to keep the lights on and to pay for food, let alone keep warm this winter. The UK government continues to toil in its efforts to balance the books with tax hikes and spending cuts with the aim of finding £60 billion to reduce this black hole we have found ourselves in. Therefore, this financial difficulty has had a profound effect on the ability of the Scottish government to fulfill pledges that now seem too ambitious in the current climate.

In 2020, one such pledge Sturgeon and her government made was to establish a fund for women and children to cover the detrimental costs that come with leaving an abusive partner. It was recommended that the fund would bridge the gap between leaving an abuser and their first universal credit payment; this has not yet been achieved after two years.

Furthermore, the Scottish Women’s Aid (SWA), a leading Scottish charity that works to end domestic abuse against women and children, has called on Sturgeon’s government to reconsider its neglect. ‘Women’s poverty enables perpetrators of domestic abuse’, and with soaring costs and insufficient security, the SWA tells us that these ‘provide tools for abusers to entrap women’. Without any recourse, and with the Scottish government remaining at a standstill with their promises, Dr. Marsha Scott, the Chief Executive of the charity, said: ‘women must choose between staying with abusers or experiencing homelessness and destitution.’ It appears ‘women and children experiencing domestic abuse have slipped down the priority list’ of the Scottish government.

The Scottish government has mentioned that they have ‘allocated almost £3 billion in this financial year that will help people facing the increased cost of living – including £1 billion in providing services and financial support not available elsewhere in the UK’. But how far will these efforts go to providing women and children with the security that was promised?

While this £3 billion does serve to provide the means of living for people in Scotland, this justification only confirms that their effect in combatting the problem women face in leaving an abusive partner has been sidelined. The Scottish government is preoccupied with the cost-of-living crisis in the country as a whole as they attempt to put out fires left, right, and centre. Due to this, Sturgeon’s government does not seem able to commit to fighting this life-threatening symptomatic problem that has emerged from the cost-of-living crisis.

The coordinator of the Scottish Women’s Budget Group (SWBG), Sara Cowen, makes the case that ‘The mechanisms for a leavers’ fund need to be prioritized as part of the response to the cost-of-living crisis’. The SWBG mention several ways in which the Scottish government can work to have an effective impact. In their report, Women’s Experiences of the Cost-Of-Living Crisis in Scotland, published last month, they said the Scottish government ought to provide ‘Greater investment in social care, providing urgent cash injections to support social care in the short-term, while work on establishing the National Care Service continues’.

On the other hand, the proposal for more cash injections without a solid plan of action seems like the same policy the government has been taking in its attempt to combat the cost-of-living crisis. This proposal seems to be a suggestion much like the Scottish government spokesperson’s comment as they both allude to investment in welfare, but again, lack the focus of the plight women and children face in society today. It is for this reason that the SWA is calling for the government to bring this issue back to the forefront. It is why the charity has launched its ‘Cost of living crisis campaign’ against the Scottish government.

This problem of unfulfilled promises is not a new one for the SNP. Unable to afford their pledges, they invoke their mantra that not enough money is being given to Scotland, which leads to the passing of the blame baton to Westminster. As the UK government tries to weather the storm of their previous Trussenomics fiasco, the Scottish government is likewise entangled in this financial difficulty and must find a way to support women and children in accordance with a more altruistic plan of effective action. This is certainly a tall order, to say the least.

“Led to dare”: another verdict about a rape was overturned in Italy because the victim was considered to be “luring” the attacker