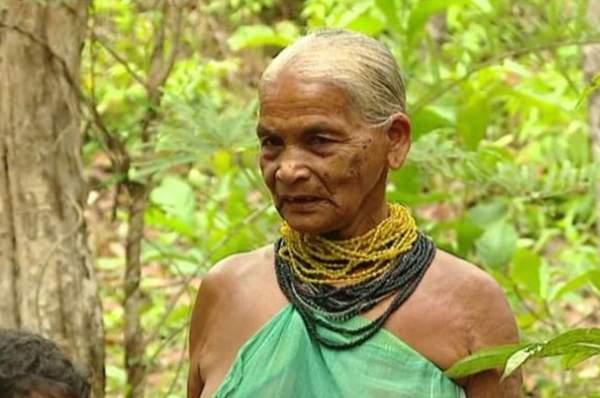 On November 8, Indian President Ram Nath Kovind honoured the chosen civilians of the country by conferring the prestigious awards in the nation’s capital New Delhi to all the 2020 and 2021 recipients. The Padma awards (Padma Shri, Padma Bhushan and Padma Vibhushan) are three of the highest civilian awards in India, after Bharat Ratna, which recognises some major contributions to various fields like science, social work, literature, sports, medicine, and art.

From ensuring that all the nominees are deserving, to being able to attend the award ceremony in-person, the Narendra Modi govt has drastically changed the way Indian citizens interact with the prestigious Padma Awards. What does celebrity Karan Johar share in common with hoi polloi Tulasi Gowda and Sharif Chacha? Now, a Padma Shri Award. The number of awardees with a modest background was so significant that it is safe to say that the Padma Awards 2021 was an astonishingly non-elitist ceremony.

Tulsi Gowda from Karnataka was honoured with the Padma Shri award for social work. She is known for being a barefooted environmentalist who has planted close to 30,000 saplings and has also been actively involved in several environmental conservation activities since the last six decades. Right from an early age, she was passionate about planting and nurturing plants and trees.

Harekala Hajabba, a senior citizen orange vendor who hails from Karnataka's Mangalore district was the recipient of the Padma Shri for his contribution to rural education. He built a fully-functioning school in the Harekala-Newpadpu village of Mangalore. The institution educates 175 underprivileged and poor students from the village. He himself has never been to school and is illiterate. The ambition to revolutionise primary education in his village dawned upon him in the year 1978 when a tourist asked him the cost of oranges and he was unable to comprehend the language and therefore, could not reply.

Air marshal Dr. Padma Bandopadhyay was awarded the Padma Shri too. She held the title of being the first female officer deployed in the Indian air force (IAF) to receive a promotion and be elevated to the rank of an air marshal, which is a three-star rank.

Folk artist Manjamma Jogati, who also happens to be transgender, received a Padma Shri in recognition of her contribution to the art form. For Manjamma, who has now entered her 60s, the honour comes after years of financial and societal struggle. Amid social exclusion, poverty and even being a victim of rape, Jogati found refuge in art forms- Janapada songs and, Jogati Nritya, the former being Kannada language sonnets praising numerous female deities. Jogati is the first transgender member of the highly acclaimed Karnataka Janapada Academy.

Mohammed Sharif a.k.a Sharif Chacha who hails from Ayodhya, Uttar Pradesh was awarded the Padma Shri. The 83 year old who formerly worked as bicycle mechanic has been performing the last rites of close to 25,000 unclaimed bodies across all religions in his hometown for over 30 years.

Bhuri Bai, another Padma Shri awardee from Jhabua, Madhya Pradesh holds the title of being the first woman in the Bhil community of the district to paint on canvas and paper. Initially, she was employed in the labour force as a construction worker who earned Rs 6 per day. It was here that she got the chance to meet her mentor Jagdish Swaminathan, who encouraged her to paint after spotting her talent in the field. She has made some noteworthy contributions preserving and teaching the style of traditional Bhil paintings.

Professor Ram Yatna Shukla was conferred with the Padma Shri in the field of literature and education. He is the president of Kashi Vidvat Parishad and is widely called “Abhinav Panini” in an attempt to acknowledge his works to come up with new methods to teach as well as modernise Vedanta and Sanskrit grammar.

Rajasthan’s Himmatram Bhambhu, another Padma Shri awardee, has not just nurtured a forest from scratch by planting approximately 11,000 trees on a 25 bigha land situated near his village in Nagaur, but has also given life to more than 5 lakh trees in the past five years. Being a resident of a state where malpractices like poaching, illegal smuggling of blackbucks, chinkaras, peacocks, and other animals is massively rampant, Himmataram has served as an important tool in the attempts to eliminate such issues in the district.

Professor K S Manilal was also awarded the Padma Shri in exchange for his contributions as taxonomist and botanist. His works include the translation, annotation and research of Hendrik van Rheede's Latin botanical treatise of the 17th century which documents profound details with respect to the discovery of 14 new species and 700 indigenous plants in Kerala.

The government conferred the Padma Shri upon Krishnammal Jagannathan, who works as a social worker and travels to various remote rural areas in India bringing a positive change in the form of social, economic as well as political transformation by promoting the Gandhian ideal of ahimsa or non-violence. She has worked tirelessly for the betterment of the poverty stricken and landless labourers. As a young girl, she has also shared the stage alongside Mahatma Gandhi.

Andhra Pradesh’s Dalavayi Chalapathi Rao, a renowned artist of leather puppetry, which is a rare shadow puppetry craft in Anantapur (Andhra Pradesh) was honoured with the Padma Shri.

M K Kunjol was a recipient of the Padma Shri for his using his rights as an activist and advocating justice for Dalits, his efforts to voice his displeasure over police atrocities that were taking place against Dalits and other lower caste members. He has played an instrumental role in promoting the writings of Ayyankali and BR Ambedkar among the masses.

Padma Shri awardee Rahibai Soma Popere, a tribal farmer who belongs to Mahadeo Koli, a small tribal community in Ahmednagar district of Maharashtra is popularly known as the ‘seed mother’ for her endeavour in favour of organic or native seeds. Her crusade against the usage of pesticides and fertilisers along with hybrid seeds which was a primary cause of illnesses among several children in her locality was able to bring about some meaningful changes in the lives of many.

Dr Kushal Konwar Sarma, also known as the ‘elephant man of India’ and the ‘elephant surgeon’, is a professor of surgery and radiology and veterinarian in Assam. He has generously treated and cured over 600 elephants in the state and has also saved as many as 140 rogue bull elephants.

An award system that previously signified elitism and feudalism and was deemed highly inaccessible for the masses has now taken a new shape and this positive change initiated by the current government is worth appreciating. The Padma Awards 2021 also highlighted the vast diversity of India, cutting across all the cultures and identities, which forms the very foundation of this nation. We wish to see more such awardees coming from modest backgrounds being recognised for their grassroot level work in the coming years.