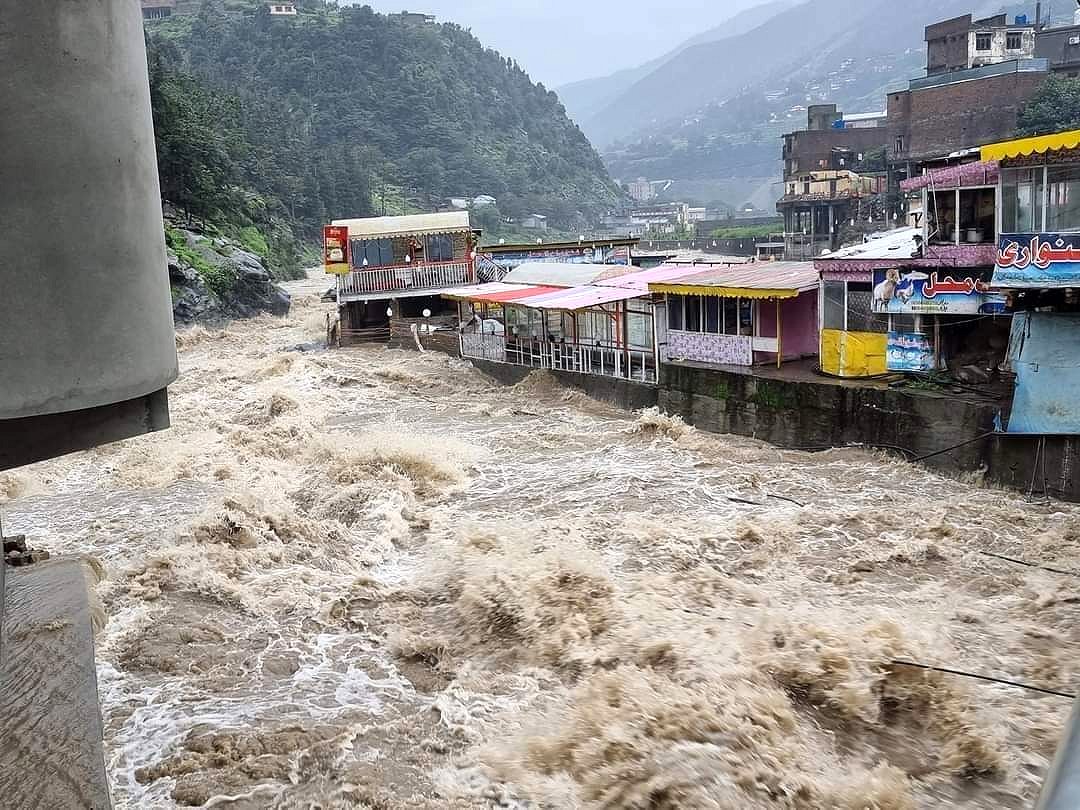 More than one third of Pakistan is effectively underwater. Upwards of 33 million people are estimated to be affected, with the death toll having well crossed the 1,000 mark.

UN officers labelled it as a “monsoon on steroids — the relentless impact of epochal levels of rain and flooding”, which is an appropriately shocking description for the record-breaking numbers we have seen thus far.

Not to be written off as an open and done case, this has become a layered issue that everyone should be informed on.

According to the Associated Press (AP), in Pakistan’s northwestern Khyber Pakhtunkhwa (KP) province, though flooding destroyed a major water control system, Sania Safi, a top administrator, has stated that the region “preempted the situation and warned and forced hesitating residents to leave their homes for safety and move to relief camps established at government buildings in safe places".

This is a best-case scenario, and in general it is, as preparation ensures that less lives are lost. Yet this is no reason to believe that the crisis is easily resolved: AP interviewed Khushal Wahab, who said that the recent onslaught of flooding evoked a collective memory of similarly “catastrophic flooding” in 2010 and “many evacuated fearing similar danger”.

The International Federation of Red Cross (IFCR) has similarly observed that “the devastation seen is giving frightening flashbacks of the devastating mega floods in 2010 which affected 20 million people." Natural events, then, become cyclical and can become a source of intergenerational trauma that only worsens as climate change becomes more and more of an unavoidable reality.

Due to road blockages and unavailability of communication networks, it is difficult to guarantee aid for every region, district, and family. Agonizingly, though ongoing since June and having been the subject of many articles, the problem doesn’t seem to end at a need for immediate relief aid.

UN officials and the Planning Minister estimate the total bill of reparations and damages (considering the ruined infrastructure) will be $10 billion. $10 billion, on top of the immeasurable cost of the lives ruined and lost. Red Crescent Societies report that the recovery itself could take years, but it’s most likely that this road to recovery will be impeded by more disasters.

The IFCR states that “the current rain spell and floods has impacted the already thousands of vulnerable and deprived communities, where many are yet to recover from the effects of COVID-19.” Many regions had been suffering from lack of resources during the height of Covid as well; does the reader sense a pattern of the vulnerable taking the hit, time and time again?

With that, it must be noted that neighboring Afghanistan is much affected by these floods as well: Al Jazeera and Gandhara report that the OCHA (UN’s humanitarian coordination organization) gave an estimate of around 256 people killed and over 100,000 affected. Both stress the fact that, this summer, many Asian countries already burdened with complex political and economic issues are being affected by extreme weather. Agricultural resources, livestock, entire villages destroyed and swept away. In Afghanistan’s case, “cut off from foreign aid and crippled by international sanctions, Afghanistan’s economy is on the verge of collapse.”

Let’s take into consideration that there is data showing that Pakistan is responsible for less than 1% of emitted greenhouse gases, yet it faces some of the highest disaster risk levels in the world.

This is the latest in a barrage of cases of extreme weather conditions. The public reminded of cases such as South Korea’s extreme flooding earlier this month and South Africa’s KwaZulu Natal floods in April of this year, from which the efforts to recover and restabilize are still ongoing.

This, in summation, is a global issue. It is apparent that a common thread runs through these cases: climate change.

Of course, in such natural disasters there are many factors that come into play, urban sprawl, poor infrastructure, and lack of preparedness being frequently and accurately listed, but there is a clear, proven correlation between extreme weather conditions and climate change. The Conversation gives a succinct explanation: warmer atmosphere (reminder to when climate change was referred to as global warming) creates more intense precipitation, precipitation patterns change from snow to rain causing more flooding as rivers overflow, increased wildfire damages soil and aggravates rain’s effects...

Extreme weather continues to prevail. This latest case seems to be yet another poignant reminder that humanity’s irresponsible actions have led up to such tragic consequences. We must do all we can, and continue to spread the word.