PM Modi: Free Vaccines to All above 18 at Government Facilities 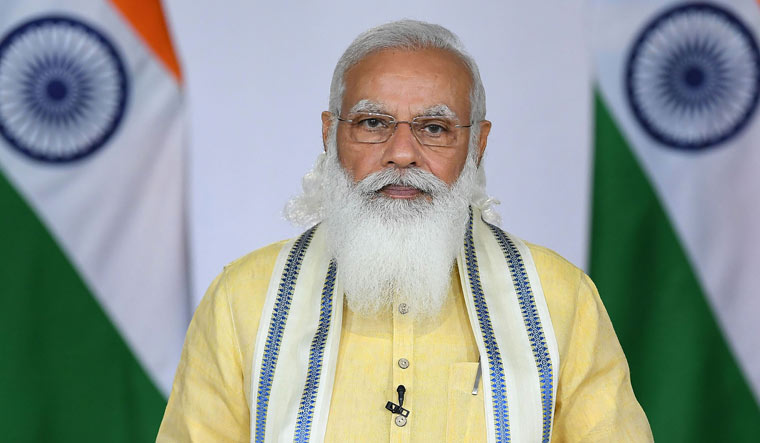 In his address to the nation on Monday, PM Narendra Modi announced free vaccination for everyone above 18 years at government facilities. The decision is part of a revised vaccination policy that is to take effect from June 21, roughly in two weeks.  Under the new policy, the Indian government will carry out a centralized procurement of 75% of the vaccines from manufacturers. These doses will then be distributed among the state governments for free administration. The remaining 25% will continue to be bought by the private sector; however, the additional service charge has been capped at Rs 150 per dose over the base price of the vaccine. This move towards universal vaccination has been welcomed by all, with many responses to the announcement a ‘better late than never.’

The decision comes against the backdrop of growing criticism from both state governments and the Supreme court of India. Recently, the Court had probed the centre on its vaccination policy calling it “arbitrary and irrational”. Under the earlier vaccination program implemented from May 1, vaccine manufacturers sold 50% of their stock to the central government and 25% each to the state governments and private sector. Furthermore, states had to pay at least double the amount for the vaccines in comparison to the centre. This earlier arrangement also allowed private hospitals to charge a heavy fee for vaccine shots. Critics of this liberalized vaccination policy had raised concerns over differential pricing and paid vaccination which could lead to exclusion.

Facing the shortage of vaccines, many states had floated global tenders which, unfortunately, saw no bidders. International manufacturers were only willing to deal with the central government. Foregrounding issues of access and vaccine procurement, numerous states had accelerated their calls for the centre to step in and take over procurement responsibilities. Respective Chief Ministers including Kerala’s Pinarayi Vijayan, Andhra Pradesh’s YS Jagan Mohan Reddy, and Odisha’s Naveen Patnaik have been at the forefront of these demands. The revised policy will relieve states of financial stress as their funds are already directed towards covid treatment. In his address, the PM also extended the free food grain scheme, the Pradhan Mantri Garib Kalyan Ann Yojana (PMGKAY), until November this year. The scheme which provides 5 kg of free food grain every month to eligible beneficiaries was initially for only the two months of May and June.

The PM has also assured citizens that the country is going to see a significant increase in vaccine supply soon. “Today seven companies in the country are producing different kinds of vaccines. Trials of three more vaccines are also going in the advanced stage”, he asserted in his 32-minutes speech. This series of announcements by the Prime minister is expected to ease the covid situation in the coming months. With the inoculation drive picking up pace, should vaccine supply increase in the near future, the country will be better prepared to handle the next wave of covid. Although the planning now looks robust and promising, we must hope for a smooth and effective implementation.