President Of France Slapped In The Face

On Tuesday, French President Emmanuel Macron was slapped in the face by a man in a crowd while speaking to the public during a visit to south-east France.

What was the incident?

In a video circulating on social media, Mr. Macron is shown approaching a barrier on a tour to Tain-l'Hermitage outside the city of Valence.

Officers rapidly rush in when a man in a green T-shirt hits Mr. Macron in the face. Meanwhile, the president is being pulled back.

In the footage, Macron is seen walking up to a metal fence and clasping the arm of a man in the crowd as he begins to welcome bystanders in the village of Tain-l'Hermitage in France's Drôme région.

The man slapped Macron on the left cheek while calling for the end of "Macronie," a pejorative term used for Macron's presidency in the French press.

As he slapped the president the man reportedly shouted "Down with Macron-ism", and "Montjoie, Saint-Denis" - the battle-cry of the old Kingdom of France, in reference to King Charlemagne's banner which ruled France from the 10th to the 18th century.

In France, the motto is also recognized as a line from the 1993 fantasy comedy film Les Visiteurs, in which a 12th-century knight and his squire travel through time to the 1990s and find themselves stranded in modern society.

In the video, two members of Macron's security detail confronted the man in the T-shirt, while another escorted the president away. Another video shared on Twitter showed the president returning to the line of onlookers and shaking hands again a few seconds later.

As the offender was being pinned to the ground, local mayor Xavier Angeli told France info radio that Macron asked his security, "leave him, leave him." 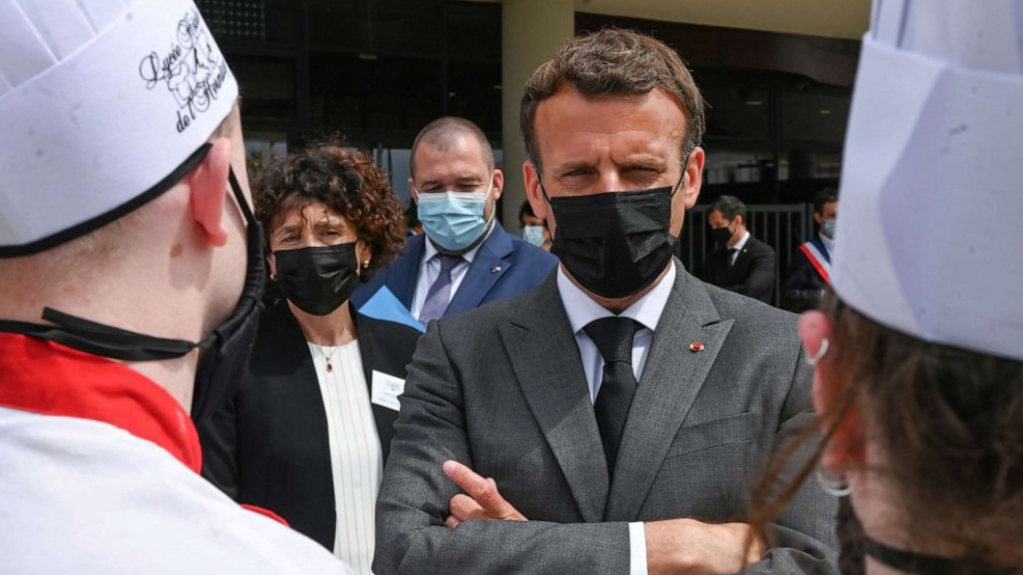 What has been the reaction to the incident?

The incident was quickly condemned by politicians. Prime Minister Jean Castex addressed the National Assembly that although democracy entailed debate and legitimate criticism, "it must never, in any case, mean violence, verbal aggression and even less physical attack".

Right after the incident, Far-left leader Jean-Luc Mélenchon tweeted his "solidarity with the president"

Marine Le Pen posted her condemnation saying, "while democratic debate can be bitter, it can never tolerate physical violence"

She added, "We can attack him politically" however, any violence directed toward him should be condemned in a democracy.

President Macron was in the area to meet with restaurant owners and students prior to the Covid-19 restrictions being lifted in France on Wednesday.

Macron is presently on a charm offensive, with the presidential elections in France less than a year away and regional elections on June 20 and 27 only weeks away.

He is currently on a tour of France and was recently in Tain-l'Hermitage, where he visited a hotel school. According to officials his tour to the area would continue on Tuesday with a visit to a vocational institute for 25- to 30-year-olds.

After he visited the hotel school Mr. Macron tweeted, "Tomorrow, a new step will be taken," "Life will resume in all our territories!" 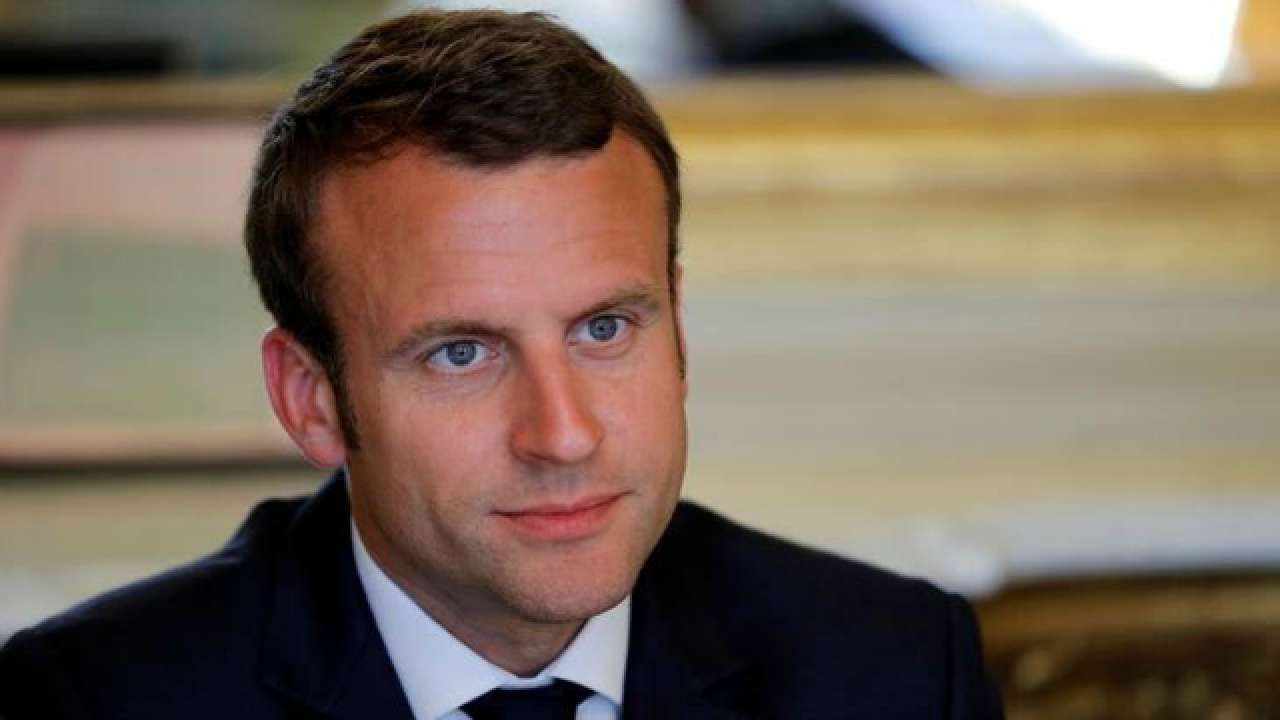 How did President Macron react to the incident?

President Macron is known to seek out close contact with voters in impromptu situations and this incident is the proof.

At the beginning of the slapping incident on Tuesday, footage showed Macron running over to the barrier where bystanders were waiting, leaving his security detail trying to keep up. Two of the security detail were at his side when the slap occurred, while two others had just arrived.

After the incident in an interview with the Dauphine Libere newspaper, Macron said, "You cannot have violence, or hate, either in speech or actions. Otherwise, it's democracy itself that is threatened."

"We must not let ultra-violent people take over the public debate: they do not deserve it", he added

Macron stated that he was not concerned about his safety and that he continued shaking hands with the public even after being hit. "I kept going, and I will keep going. Nothing will stop me," he said.

What happened to the offender?

Damien Tarel, age 28, an unemployed enthusiast of medieval swordsmanship who claimed to be a right-wing sympathiser, was the one who attacked the President when he was shaking hands with members of the public during a walkabout on Tuesday.

Macron has described the attack as an isolated incident and stated that violence and hatred pose a threat to democracy. A request for comment on Tarel's courtroom remarks received no response from his office.

Tarel was charged with assaulting a public officer, a crime punishable by up to three years in prison and a fine of up to 45,000 euros.

He was arrested along with another man from his hometown of Saint-Vallier.

Local prosecutor Alex Perrin said police discovered guns, a copy of Adolf Hitler's autobiographical manifesto Mein Kampf, and a red flag with a golden hammer and sickle, the communist movement's symbol, in the second man's residence. He will not face any charges associated with the slapping incident but will be prosecuted for illegally possessing firearms in 2022. 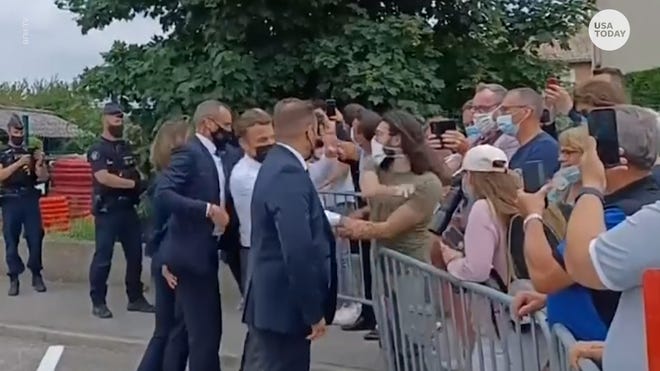 What was Tarel's reason behind the attack?

According to the news channel, Tarel told the court in Valence, southern France, that he acted because the president represented everything that was wrong with France.

He also admitted that he considered tossing an egg or a cream tart at Macron several days before his visit to the Drome region of southern France, but that the slap was not premeditated.

As per reports, he told the court, "I think that Macron represents very neatly the decay of our country," "If I had challenged Macron to a duel at sunrise, I doubt he would have responded."

Tarel admitted to police investigators that he was involved in the anti-government "yellow vest" protest movement which shook Macron's presidency and that he possessed ultra-right-wing political beliefs.

Tarel's acquaintances described him as a man who enjoyed period role-playing and was not a troublemaker. According to the prosecution, he was not a part of any political or militant organisation.