Puducherry Rape Case: 17-year-old girl dies after being allegedly raped and assaulted for over three months; Mother receives a threat. 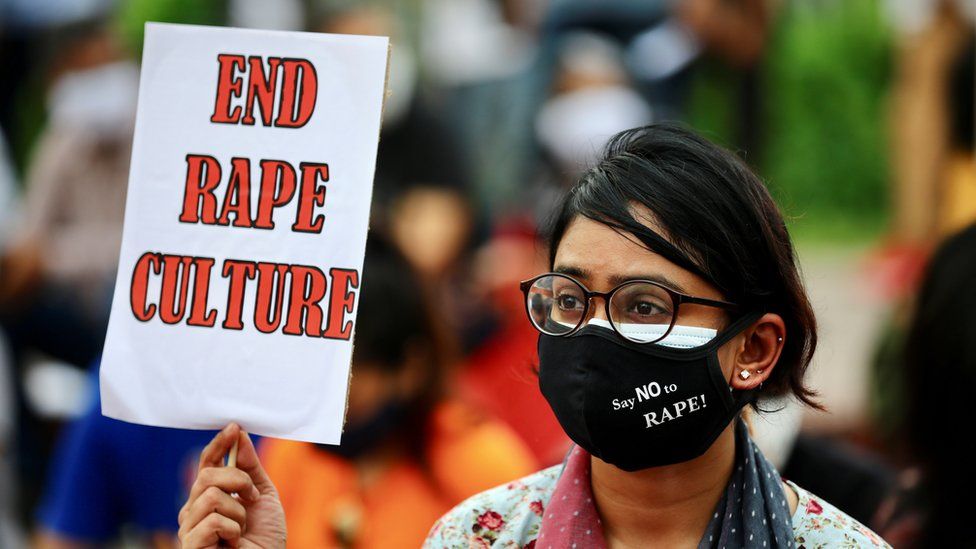 A 17-year-old girl named Dhivya on June 19 took her last breath in a general hospital of Trivandrum after being assaulted and raped for over three months. The accused Arun Kumar, 26-year-old was arrested after the victims’ mother complained. The mother of the victim was attacked by one of the relatives of the accused soon after she reached Puducherry for the burial of her daughter. After this brutal incident, the AIDWA wrote a letter to the Governor, SSP, and the Chief Minister of Puducherry seeking protection for the mother from the law as she fears the family of the accused.

The accused is said to have a close relation with Sai Saravan who is a member of Bhartiya Janta Party (BJP) and is about to be enlisted as the MLA. The AIDWA mentioned in the letter that they do not want any political interference in this issue.

The mother claims that the incident took place in the month of march in her absence. She also told that the accused filmed the video and blackmailed her.

“He filmed my daughter and used the video to blackmail her to fulfill his filthy desires. He threatened her that if she refuses, he would release her video online. He raped my daughter for three months every time he found her alone at home.

The girl was allegedly raped for the past three months which led to several injuries, cuts, and organ failure. The CPI(M) Puducherry committee said that the girl kept the incident to her fearing the consequences and kept on being a victim to the forced rape.

“She has been subjected to repeated rapes and physical violence, which she suppressed from her mother, fearing the consequences” CPI(M) Puducherry committee said in the letter.

Her mother took her to Thiruvananthapuram for treatment after noticing a sudden deterioration in her health, where the girl disclosed everything about the incident to her aunt.

According to a report by News click, when the girl was hospitalized, it was found that she had several injuries, cuts, and scratches on her private parts and her kidney and life were completely damaged. For further treatment, she was shifted to a Trivandrum General hospital where on June 19 she succumbed to her injuries. The victim’s statement was recorded before she took her last breath, based on which the accused was arrested.

Later, On June 21, when her widow mother returned from Kerala to Puducherry to perform her last rites, the brother-in-law of the accused attacked her.

The video of the victim’s mother demanding help from the Kerala government and requesting to take action and provide justice to her daughter is going viral on all social media. In that viral video, the mother confessed that the accused family is threatening her since she has complained about him. She fears that they might kill her. She adds that her daughter will rest in peace once the justice is done. She sends a message to every girl child to be vocal about any strange behavior by anyone.

All India Democratic Women’s Youth Federation of India (AIDWA) wrote a letter to the Governor, SSP, and the Chief Minister of Puducherry to take immediate action in this case and ensure that the investigation is carried out thoroughly. They appealed for no political interference in this matter. They also demanded protection for the widow by the law and any other form of assistance if required.

“We seek immediate action to ensure that the investigation into the case does not get subverted or thwarted in any manner. The police must not allow any kind of political or other forms of interference to impede the course of justice. The mother of the victim, who has been facing threats, should be given adequate protection, legal support and other forms of assistance if required,” the AIDWA mentioned in the letter.

Further, any response from the SSP will be disclosed after the meeting on 29 June,” informed the AIDWA.

Whereas, A source also conveys that this whole story is made up and this is a case of honor killing. They say that the girl was in love with the accused that belonged to a different caste. The victim’s family was against this relationship and even after their refusal the girl sort of kept a relationship with the guy, which the family disliked. The family murdered the girl and now is trying to accuse the guy.

The accused is still behind the bars. The truth is still not out and justice is still to prevail. Seeing the social media trend, there was huge support for justice for the victim Dhivya on Twitter along with contradictory statements by some people supporting the accused being falsely framed.