Quest for the successor 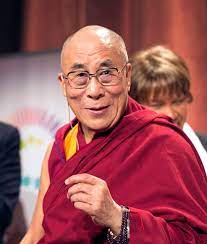 In 1959, The Dalai Lama the spiritual leader of Tibet was forced to leave Tibet when the protest by the Tibetans against the anti-religious legislation was crushed by force by the communist regime of China.

With the advancing age of the present Dalai Lama, who is 86 years of age now, the question of his successor is becoming all the more pressing.

The Dalai Lama is one of the most influential figures of Buddhism especially a leading face in the international community.

The Tibetans believe that only the Dalai Lama can choose the Dalai Lama but the Chinese government is adamant that the selection would be made by them.

Buddhism has evolved and refashioned itself in the age of globalization and the Dalai Lama has a great influence, so choosing a successor is not a religious issue but a political issue which the Chinese want to control.

The Dalai Lamas of Tibet are thought to be manifestations of the bodhisattva of compassion. Buddhists believe in Nirvana – liberation from the cycle of birth and death and believe that the Bodhisattvas have reached this stage of Nirvana. Tibetan Buddhists believe that the bodhisattvas choose to be reborn, to experience the pain and suffering of this world and to help others to attain the state of enlightenment.

There are identified lineages of rebirths – “Tulkas” and any person is a “tulka” who has to be reborn as a teacher or a leader. Of all the Tulkas, the lineage of the Dalai Lamas is the most revered by the Tibetans.

The Dalai Lamas over fourteen generations through the last six centuries are linked through their acts of compassion and benefit towards all living beings.

The 14th Dalai Lama, Tenzin Gyatso is considered by most Tibetans their spiritual leader. He is the most influential leader and recognizable face of Buddhism, and an important figure in bringing Buddhism to the international community. The world has recognized this fact and so also has awarded him the Nobel Peace prize in 1992. His advanced age has made it imperative the need a successor in his absence.

The successor to the Dalai Lama is traditionally identified by senior monastic disciples, based on signs and visions.

There are usually predictions about where the next Dalai Lama will be born and further signs and tests are required to ensure that the proper child is found. Today, the selection process of the next Dalai Lama remains uncertain. In 1995, the Chinese government detained the 11th Panchen Lama (whose whereabouts are still unknown), who was chosen by the Dalai Lama and appointed its own Panchen Lama, the son of a Chinese security officer.

The Chinese government insists that the government of China will decide the successor. This is being severely opposed by the Tibetan community and the response to this decision by senior figures of the community has been on the likes of the comments made by “Gyanbang Rinpoche”, the head of Tawang Monastery. He said that since the Chinese government does not believe in religion and so do not have the right to choose the next Dalai Lama as succession is a matter of faith and religion and not Politics.

Due to this threat from China, the Dalai Lama has issued a lot of statements to counter them. He has stated that he will decide at the age of 90 years whether he will be reborn. If necessary, the institution of the Dalai Lama may not be needed anymore. He also said that he might announce his reincarnation before he died.

The Dalai Lama by his statements have influenced the world community and the US Senate have passed the Tibetan policy and support act in Dec’2020 which recognizes the autonomy of the Tibetan people. The Bien government have also stated that the Chinese government should have no role in the selection of the next Dalai Lama.The selection of the Dalai Lama will be a complex process and may take place outside Tibet under the watch of the global media and the Tibetan Diaspora.