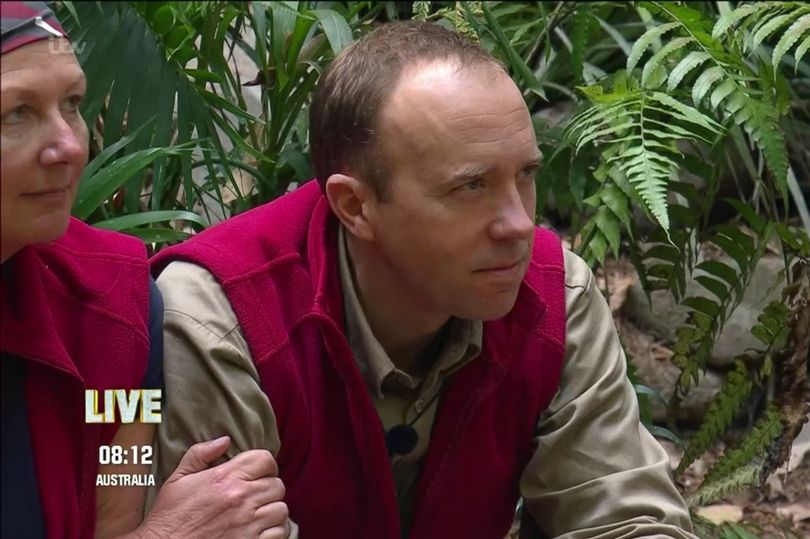 After three weeks living in the Australian jungle alongside a number of celebrities, Conservative politician Matt Hancock came third place in the final of ‘I’m A Celebrity … Get Me Out Of Here!’ on Sunday night. The incredibly popular reality television show sees a group of British celebrities spend three weeks living in tough conditions in the Australian jungle, regularly completing daunting and unpalatable ‘Bushtucker trials’ to gain food for their campmates.

This year’s edition of the show featured a number of notable and popular personalities – including former England Lioness Jill Scott, who was crowned Queen of the Jungle in last night’s final – but the most controversial participant in the show was, undeniably, Matt Hancock. As former Health Secretary for the Conservative government, Hancock is known primarily for overseeing the government’s decisions during the COVID-19 pandemic, and for the huge scandal in which he was caught breaking his own social distancing rules by cheating on his wife with his aide.

One of the most criticised decisions Hancock oversaw during the pandemic was a hospital discharge policy at the beginning of the COVID-19 outbreak, which saw elderly patients – many of whom had COVID - moved into care homes, allowing the disease to spread rapidly amongst one of the most vulnerable groups in society. Consequently, thousands of care home residents died. Indeed, two Parliamentary committees judged the UK's early response to the pandemic to be “one of the UK's worst ever public health failures”.

Beyond his scandal and the extensive condemnation of his role in the government’s COVID-19 decisions, there was widespread criticism of Hancock going on the show simply because he is still a working politician. Indeed, his decision to do so led to him being suspended from the Conservative parliamentary party and criticised by several of his colleagues, including Prime Minister Rishi Sunak.

Hancock defended his decision whilst on the show and made clear that he had intentions of showing the “human” side to politicians and seeking “a bit of forgiveness” for his actions. So did his decision to appear on the show led to his desired redemption in the public eye?

Firstly, it cannot be ignored that Hancock received a reported £400,000 for his appearance on the show, making him this year’s highest-paid contestant. This alone suggests motives beyond simply seeking forgiveness from the public. Indeed, there has certainly been a sense that his choice to appear on the show was all part of a wider PR campaign for Hancock, who conveniently discussed his upcoming book 'Pandemic Diaries' with his campmates, and who will also be making another reality TV appearance in the popular Celebrity SAS: Who Dares Wins in the coming months.

As the BBC highlights, there is value in what can be seen as ‘modern-day stocks’: the modern-day version of the medieval shaming of being publicly pelted with rotten vegetables. To an extent, ‘I’m A Celebrity’ embodies this by putting its celebrity participants through terrifying and often humiliating trials, the participants of which are initially voted for by the public. Indeed, Hancock was voted for five consecutive trials when he first appeared on the show - suggesting the public certainly appeared to enjoy placing him in these situations.

However, Hancock took to these trials – and to criticism from his celebrity campmates, many of whom made clear they were averse to his politics and even him as a person – with a sense of total calm and capability. He was, undeniably, very good at the trials, rarely expressing fear and always competently completing them. In the camp, he did not argue with a single other celebrity, even when being fully confronted or awkwardly questioned. All in all, his appearance on the show was thus remarkably - and surprisingly - uneventful.

Although he seemed to disappoint the public in this entertainment aspect – it is clear from past series that the public vote for whoever they deem to be the most entertaining during trials, not the most capable - they continued to vote for him to stay in the show. So much so, in fact, that he reached the final three, surpassing the likes of Mike Tindall and Chris Moyles. Indeed, Moyles joked: “I'm gutted Matt Hancock is more popular than me. What is going on?”

A definitive answer cannot, of course, be given to the question of how exactly Hancock lasted so long in the competition, particularly given his past. It is very likely that Hancock was voted for by so many purely for entertainment purposes, as he tended to stick out like a sore thumb amongst the other campmates with his awkward, often jarring manner. But it is also true that many did grow to like him as a person, or were at least surprised by how inoffensive he was. This suggests that much of the public are able to draw a line between a politician as a person and their actions in their job.

Overall, despite Hancock’s success in reaching the show’s final, there is a wide consensus that he has not redeemed himself in the wider public eye. As former newspaper editor David Yelland explains, Hancock's reputation has actually been damaged during his stint on the show, and people “have a lower opinion of him than when he started this strategy”.

Ultimately, even good performances in trials and a generally inoffensive - although certainly not actively charming - manner is simply not enough to win over the wider public when one is a politician with such a tainted track record. This is particularly the case for those personally affected by his actions, including the bereaved families of those who lost loved ones in care homes at the beginning of the pandemic. Thus, Hancock’s future in politics – and in the public eye in general – remains uncertain.