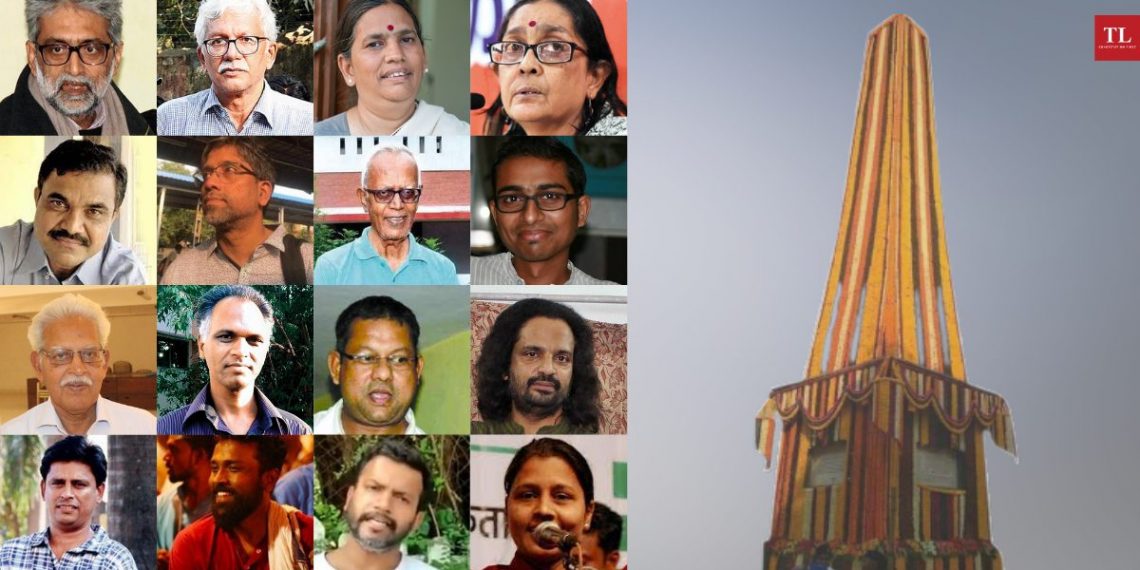 Notable figures of international repute have written an open letter addressed to the Supreme Court of India, the Prime Minister’s Office, and offices of various other courts and state governments urging the immediate release of the 16 accused in the Bhima Koregaon case. The 57 signatories, among others, include Nobel Laureates, Lawyers, Academics, Writers, and several European parliament members.

Some of them include José Antonio Guevara-Bermúdez, the Former President of the United Nations Working Group on Arbitrary Detention; Noam Chomsky, noted linguist and MIT professor; former editor-in-chief of The Guardian UK Alan Rusbridger; Nobel laureates Wole Soyinka and Olga Tokarczuk; and Journalist Naomi Klein. Additionally, the document has been endorsed by over 10 civil society organizations including InSAF India (International Solidarity for Academic Freedom in India) and India Civil Watch International (ICWI)

The letter, dated 10 June, voiced concerns over the conditions of the political prisoners in overcrowded, unhygienic, and medically unequipped Indian prisons amidst a rising number of covid cases. It particularly highlights the Bhima Koregaon 16 (BK-16) and notes that many of them are senior citizens, some with comorbidities that place them at high risk. The document observed that six among the group are known to have contracted Covid, and reportedly others have developed acute infections and seen rapid health deterioration.

The signatories observe that two of the BK-16 members (Father Stan Swamy and Hany Baby) were recently shifted to multi-speciality hospitals after “intense advocacy from family members and concerned citizens” and last year the 80-year-old poet Varavara Roa was provided temporary bail on medical grounds over deteriorating health concerns following weeks of hospitalization.

Citing these concerns, the letter urges that these “human rights defenders” be immediately released and placed in the care of their kin. The signatories said that if the government continues to be negligent towards those it holds in its custody amidst increased health risk due to covid, it would be violating its constitution-mandated duty to safeguard the lives of its citizens. They appealed to the authorities to show compassion and responsibility to “ensure them their constitutional right to live and die in dignity.”

Bhima Koregaon, a small village in Pune, is a place of significance for Dalits. In a 1918 battle at the site, 500 Dalit Mahar soldiers of the British Army defeated a Peshwa army. The Peshwa was Brahmin rulers of the Maratha empire who enforced rigid caste practices. The East India Company commissioned a victory pillar (Vijay Sthamb) in Koregaon commemorating the fallen Mahar soldiers after the battle. The Mahar community has been visiting the place to mark the anniversary of their victory over Peshwa oppressors and to commemorate the memory of the fallen Mahar soldiers.

On January 1, 2018, Dalits converged in thousands to mark the 200th anniversary of the event. However, large-scale violence broke out in some parts of Maharashtra resulting in one person’s death. Initially, Hindutva leaders Milind Ekbote and Sambhaji Bhide were investigated for instigating the violence. Some reports claim that the two had made provocative, anti-Dalit speeches few days before the event. While Ekbote was briefly arrested and released on bail, Bhide was never arrested despite the Supreme Court’s orders. A few months later, the police made a complete u-turn claiming the violence to be a conspiracy hatched by left activists and intellectuals.

The BK-16 was charged with conspiracy to instigate Dalits towards violent insurrection and to assassinate the prime minister. It was alleged that the members made inflammatory speeches at the Elgar Parishad event at Pune’s Shaniwarwada Fort on December 31, 2017. In addition to other alleged offences, the 16 have been charged under provisions of the anti-terror law, Unlawful Activities Prevention Act (UAPA), and IPC sections 153 A (promoting enmity between groups), 505 (1)(b) (with intent to cause, or which is likely to cause, fear or alarm to the public).

Many have seen the arrests and the treatment meted out to the BK-16 as a blatant misuse of power by the state and negligence from the criminal justice system. The members have been incarcerated for an extended period without any trial which effectively prevents them from getting bail or proving their innocence. The insubstantial shreds of evidence quoted against them are based on some alleged email; independent agencies, however, believe them to be defamatory insertions using malware.

In the past few years, the introduction of certain laws has given the state powers to almost imprison people indefinitely on alleged charges of terrorism and insurrection. The UAPA (the Unlawful Activities Prevention Act) being one such law. Under these laws, the accused are bereft of any elementary protection that comes with a presumption of innocence unless proven guilty or the right to trial and bail. Critics have observed that these laws have been used to curb dissent and intimidate those who criticize the government.

India has seen several large-scale protests in the past few years; some of these include those against the Citizen Amendment Act (CAA) and the ongoing farmer’s protest. Considering these events, provisions like the UAPA provide the state with great powers to exercise ‘arbitrary’ detention, which is inimical to a healthy democracy and goes against the rights of peaceful protest and freedom of speech guaranteed under our constitution. Many academics, activists, and intellectuals have faced intimidation by these acts lately.

It remains to be seen how Indian authorities respond to the open letter by the internal community and the fate of the Bhima-Koregaon 16. Hopefully, justice will prevail, and the accused will be granted immediate bail keeping in mind their deteriorating health. Furthermore, the opportunity of a fair and quick trial is long due to the accused. The government must urgently address the issue at hand in keeping with the spirit of our constitution.

* A copy of the letter can be found at: https://www.academicfreedomindia.com/covid-19-urgent-appeal-for-release