Residents of a Housing Complex allege “Vax Scam”, suspects they have been jabbed with Fake Covid-19 Vaccine 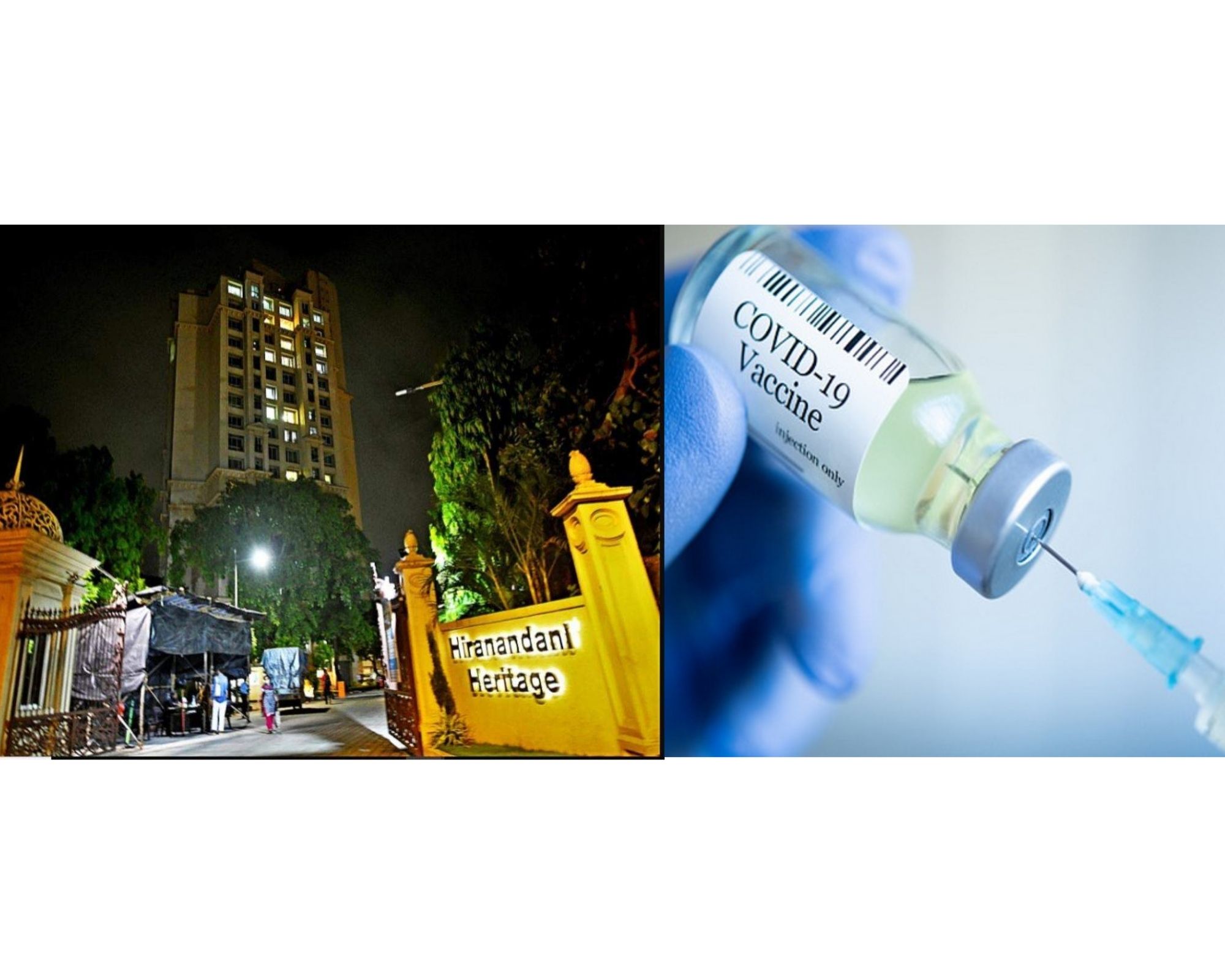 Residents of a housing society in the Kandivali area of Mumbai suspected and claimed that they were the victims of a “vax scam”, in which they have been given fake Covid-19 shots. Several housing societies and Resident Welfare Association (RWAs) across the country, have decided to conduct Covid-19 Vax camps for their residents in partnership with private hospitals. As part of a vaccination drive at Hiranandani Heritage Estate Society in Kandivali (W) on May 30, around 390 residents received their first dose of the Covishield vaccine inside the society premises.

According to the RWA, the residents stated that a mediator named Rajesh Pandey got in touch with society committee members. He claimed to be a representative of Kokilaben Ambani Hospital. The camp was coordinated by Sanjay Gupta, while Mahendra Singh, a third person, collected the money in cash from the society. Each dose of the vaccine was charged, at Rs 1260, and the housing society had paid some Rs 5 lakh for the vax camp.

A resident of the housing society, Hitesh Patel, said “My son got himself vaccinated, and for each dose, we paid Rs 1260. After getting the vaccine, we did not receive any messages. I would also like to say that we were not allowed to take photos or videos while getting vaccinated”. The residents got suspicious when none of the inoculated residents developed any post-jab symptoms. “We were shocked there were no side effects or symptoms. We were wondering what was going on because we did not even get out certificates. We received certificates but after 10-15 days,” said Hrishab Kamdar, another resident of the housing society.

Although, these vaccination certificates were from different hospitals like Nanavati, Lifeline, NESCO BMC vaccination center, etc., which further aroused doubts that something is awry. The date of vaccination is also incorrect. It’s mentioned as June 12, which again sparked the doubts. Nanavati Hospital stated that “It was recently brought to our notice that residents of Hiranandani Estate housing society were issued Covid-19 vaccination certificates in the name of Nanavati Max Super Specialty Hospital. We want to clarify that we have not conducted any vaccination drive at the said residential complex. We have informed concerned authorities and are lodging a formal complaint regarding the same”.

Dean of NESCO jumbo center, Dr. Neelam Andrade stated, “Firstly, we don’t vaccinate outside our center. Secondly, being a civic-run center, we don’t charge the public for vaccination. If certificates have been issued in the name of NESCO, then how are the residents being charged”. Kokilaben Ambani Hospital also denied the fact saying, that they never gave any vaccines to residents of the housing society. The incident has aroused anxiety and tension among the residents of the complex society. They are wondering if the jabs they were administered were genuine vaccines or something else.

Residents of the housing complex urge to know the authenticity of the vaccine. Over 390 residents got vaccinated, so they want to know what has gone into their bodies. They think this is a big scam, so they requested government intervention. Some residents even planned to take a spike antibody test to check if it was the Covishield vaccine. Hitesh Patel, a resident of the housing complex alleged, “This is a scam going on a huge scale because we came to know that similar people have conducted vaccinations camps elsewhere also. How are we going to fight coronavirus? If such things are happening, then how is the country going to be coronavirus-free? Immediate action needs to be taken.”

Meanwhile, BMC orders an inquiry into the “vax scam” of the housing society and seeks a probe report in the next 48 hours. The Mumbai Police investigate the matter from every angle and will check and verify the facts. Interrogation of officials from different hospitals, society members, will be done, and if anything is found, action will be taken. The three accused, Gupta and Pandey, are being questioned by the police and authorities. The third person Singh vanished, and his whereabouts are unknown.

Outlining New Policies To Create A Future Of Equality