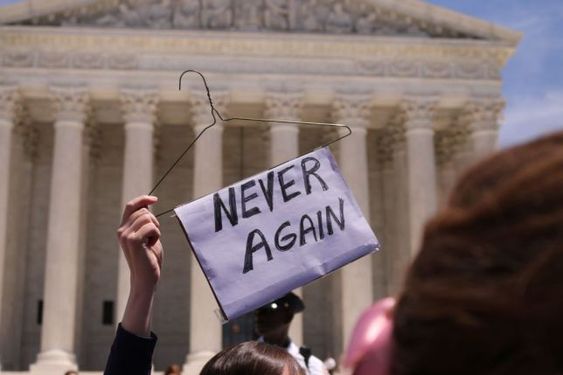 With the recent overturn of Roe v Wade, there are ongoing concerns that Canada will follow the US Supreme Court’s steps to ban legal abortion.

Considering the recent overturning of the Roe V Wade clause in Texas state of the US, many Canadian human rights activists and law experts are concerned about the tactical movement of the Conservatives to push the agenda of an abortion ban in Canada. As a result, several protests are happening to show their support for abortion rights, a piece of evidence that American politics impact Canadians.

Although the court supported legal abortion during the trial of the Morgentaler ruling in 1988, the negative impact of Roe V Wade in Canada is due to the controversial constitutional rights in the Charter. In her interview with CBC News, University of Ottawa’s Law professor Daphne Gilbert says that the constitution doesn’t explicitly state anything about abortion rights. However, the nature of the constitution has "changed so much" that the court is unlikely to rule against it. Yet many Canadians are sentimental about the Conservative's pledge to restrict abortion in the country.

Supriya Dwivedi of Toronto Star provides a timeline for the Conservative party’s work against abortion clinics. During ex-prime minister Steven Harper’s government, the party's objective of clearly prohibiting abortion from Canada's Maternal and Child Health program was entirely adopted by refusing abortion funding. In the recent election campaign of 2021, Conservative candidate Erin O Toole pledged to remove legal abortion altogether from the healthcare system. With the upcoming decision on Roe V Wade, Conservative party members have once again raised their voices against abortion.

Several Canadians have applauded the Conservatives for accelerating the Anti-Choice movement in the country. However, the debate on the right to abortion is more than a choice; it is a question of bodily autonomy and women's rights.  Global News provided the report for an online survey conducted by Leger and the association for Canadian Studies in which 14 percent of the 1534 Canadians opposed abortion and women’s rights. Since the survey was not a random sample, the results portray that majority of Canadians stand with the right to choose on having a child. Another interview by Daphne Gilbert to CTV News provides a detailed inspection of how the minority opinion could prove fatal to progressive abortion, women, and healthcare rights. Instead of having a complete ban, there are higher chances that Canada will once again restrict healthcare funding designated for abortion clinics, a requirement of a doctor’s referral, and a longer wait time. Such policies will hinder the right of women to access safe and legal abortion methods, leading to constant political and social unrest in the country.

All eyes are on the US Supreme Court to provide a fair decision on the Roe V Wade case in both the United States and its neighboring country, Canada. One that hopefully leads to a progressive impact for both countries.