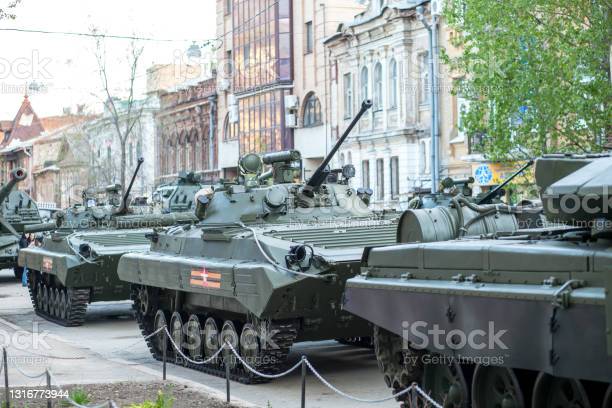 Prospects of a Military Occupancy

Russia has deployed approximately 100,000 troops near its borders with Ukraine amid Ukraine's attempt to join NATO and gather European Union’s sympathy. Russia is going all out with its campaign to keep Ukraine out of NATO. These developments indicate that a military occupancy of Ukraine by Russia is inevitable. Ukraine shares borders with both the European Union on one side and Russia on the other. Though the cultural and historical familiarity with Russia tilts towards it. Now that its survival and sovereignty are at stake, it is looking towards the west for help.

In early 2014, in a bid to cut its Russian ties, Ukraine ousted its pro-Russian president. In retaliation, Russia shortly annexed the Crimean Peninsula of Southern Ukraine. Russia is also accused of supporting the Separatists movement in Ukraine. The rebels have seized large parts of eastern Ukraine. Some 14,000 lives including that of civilians have been attributed to the violent conflicts between separatist rebels and Ukraine military forces.

Putin has denied all allegations of a Ukraine invasion. Though he warns that a western interference could be fatal to the little former soviet country. In the words of President Putin, “appropriate retaliatory military-technical measures” would be taken if Ukraine is inducted into NATO. The chief of the armed forces of Russia, MR. Valery Gerasimov has publicly denounced any reports of a Russian invasion as false and baseless. Russia seems dead set that a western hand as Ukraine's savior will not be taken with ease.

The Deputy Foreign Minister of Russia, Sergei Ryabkov said to the press, "For us, it's mandatory to ensure Ukraine never, ever becomes a member of NATO," Russia says the military deployed in the borders is to curb the eastward expansion of NATO and not to enter Ukraine. It further says that if NATO leaves the ground in Poland, Estonia, Lithuania, and Latvia, the Russian military will also retreat. Russia wants NATO to return to the pre soviet breakdown borders.

Biden and NATO on invasion

General Miley, President Biden's senior-most military personnel, warned, "If that was unleashed on Ukraine, it would be significant, very significant, and it would result in a significant number of casualties," at a press conference in the Pentagon. The Chairman of the US joint chief of staff vindicated Milley’s statement and claimed that the deployment of massive troops by Russia indicates that war is near. The Defense Secretary of the US, Lloyd Austin swore the country's allegiance in standing for Ukraine’s defense. He said the US will provide more alms, aid, and deploy more force to eastern Europe if necessary. But he is still hopeful of the role of diplomacy to deescalate the situation.

He said” "Conflict is not inevitable. There is still time and space for diplomacy,".

"There is no reason that this situation has to devolve into conflict... He (Putin) can order his troops away," he added.

President Biden suggested in a press conference that strategic planning is being done to strengthen NATOs presence and preparedness in Eastern Europe. The US has also ordered the evacuation of its embassy in Ukraine at the earliest for the war threat.

Another strong NATO nation and Russia's neighbor France has also asked both the leaders (Biden and Putin) to de-escalate. The President of France, Emmanuel Macron had told Putin that they must respect the sovereignty of all the former Soviet countries at all costs.

President Putin has made it very clear that he would stop at nothing but a “United Russia” i.e., the revival of the Soviet Union. The last time a tyrant stood for the unification of their pureblood, a world war materialized. The possibility of a catastrophe cannot be forsaken here. But what is Moscow's plan for Ukraine? Is an all-out war at the doorstep of Europe yet again? What will be the scale of this operation? The answers to these questions are unclear.