Scams in the Era of the Internet 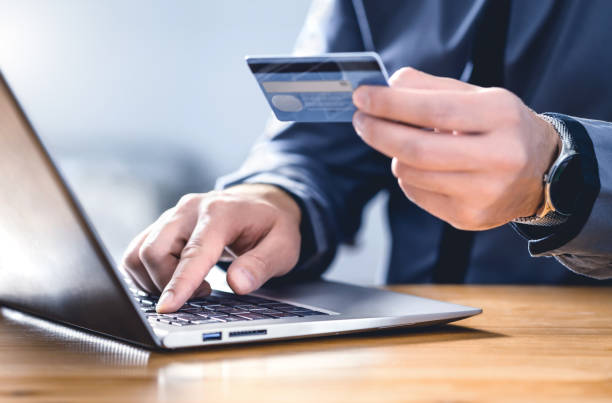 According to a poll taken in 2021, one in three Americans say that they have been a victim of phone scams; this accounts for 59.4 million Americans losing money. In total, the survey states that Americans lost 29.8 billion dollars.

While scammers use a variety of methods to contact any potential victim, phone scams specifically only make up on average between 28% to 34% of modern-day scam communication methods. The other main contact methods are through text messages, email, a website or app, social media, and regular mail.

In addition, younger age groups are now being targeted through new-age scamming methods. These new methods are centered around the trading of cryptocurrency.

Cryptocurrency is, in short, a type of “electronic money” that you can purchase online that can theoretically grow in value, thereby allowing you to become richer if the value of the cryptocurrency you’ve purchased has gone up.

Cryptocurrency trading by itself is not a scam. It’s a completely legitimate way of making money; however, scammers are stealing cryptocurrency and then trying to resell it to a potential victim, making the currency effectively worthless.

This scam begins like many others, with the offer of giving a little bit of money so that you can in turn make a lot of money.  However, this scam is presented to the potential victim by means of gaining trust. This includes romance scams, stranded individual cons, and lottery scams telling the victim they won and need to collect their earnings in cryptocurrency after a “small payment.”

Once the scammer has gained the victim's trust, the victim then purchases the cryptocurrency from the scammer, and then the scammer moves on to find another victim. Once the victim realizes that the currency is useless, it’s already too late.

In 2021, the growing cryptocurrency scams totaled $750 million in losses for victims nationwide. The affected age group was 25- to 44-year-olds. This was the second largest reported scam in the United States for the year.

According to the Federal Trade Commission Consumer advice site, in order to effectively avoid a scam, you must remember these four things that scammers tend to do: 1)

they might say you’re in trouble with your government,2) that you owe money to a litany of different financial institutions, 3) that someone in your family has had an emergency of some kind, or 4) that there’s a virus on your computer and only they can remove the virus. These scenarios are specifically chosen because they are common stressors for many people.

A common con that scammers use is pretending to be a government official, like a representative from the IRS. They might even use an authentic name and will pretend to be contacting you on behalf of the US Government. Some pretend to be from a business you are familiar with, like a phone or tech company, and some even pretend to be a charity asking for donations. Furthermore,

some scammers may say there’s a problem with one of your accounts and that you need to verify some information.

Scammers want you to act before you have time to think. If you’re with them on the phone, they might tell you not to disconnect the phone so you don’t have an opportunity to investigate their company. They might threaten to arrest you, sue you, take away your driver’s or business license, or even deport you. They might say your computer is corrupted.

Additionally, scammers will often insist that you pay by sending money through a money transfer company or by putting money on a gift card and then giving them the number on the back. Some will send you a check (that will later turn out to be fake), tell you to deposit it, and then send them money.

Luckily, there are steps you can take to avoid being scammed. First and foremost, you should block all unwanted calls and text messages. Never give any personal information to a request for said information that catches you by surprise.

Additionally, you should remember the ways that scammers will ask you to pay, and never trust someone who asks you to make a payment with an Amazon card or money transfer.

Steve Baker, an international investigator with the Better Business Bureau, said, “Scams are always adapt[ed], they’re like viruses. They mutate, they adapt… they find stuff that works.”

If you or someone you know think you have been a victim of any type of scam, you can report them to your local and state governments. By reporting them, you are allowing people nationwide the chance to be alerted to similar types of scams, hopefully avoiding those scams themselves in the future.