Scotland’s Future in the Spotlight: Key Moments of the 2022 SNP Conference 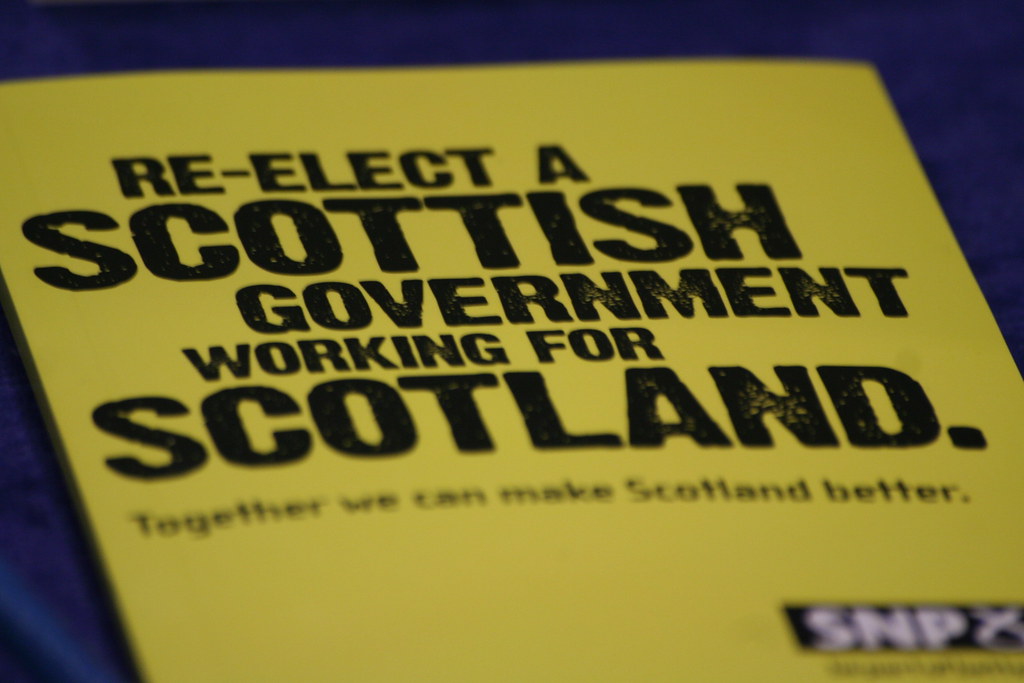 Over the course of Saturday 8 October to Monday 10 October, the Annual National Conference of the Scottish National Party (SNP) took place in Aberdeen, Scotland. The SNP is Scotland’s largest political party, headed by First Minister Nicola Sturgeon, and has led the devolved Scottish Parliament since 2007. Politically, they are characterised by their values of centre-left politics, social democracy, and support for Scottish independence.

Like the conferences of Labour and the Conservative Party, which have also taken place in recent weeks, the SNP’s conference was held against the backdrop of some of the most significant political and economic turbulence the UK has ever seen. The cost of living crisis - and the political and economic fallout which has come as a result – rages on in the country.

Sturgeon’s Criticisms of the UK Government

However, that is not to say the conference was totally uneventful. One of its most notable moments was Sturgeon’s blunt statement, “I detest the Tories” (referring to the right-wing Conservative Party, who currently run the UK government) during an interview. Whilst minor rows followed over the strength of the term ‘detest’ - with reports of Conservatives describing her language choice as “dangerous” – there was no major consequent upset. Indeed, Sturgeon herself clarified that she was referring to the “values and policies” of the Conservative Party, not to individuals themselves.

Sturgeon further criticised the current UK government in her speech to the conference, stating: “It took the Tories three years to realise Boris Johnson was a disaster. With Liz Truss, it took them just three weeks … [Truss] caused mayhem in the markets with her decision to borrow billions of pounds to fund tax cuts for the richest. Borrowing to be repaid by eye-watering austerity cuts and a raid on the incomes of the poorest.”

Here, Sturgeon addressed the recent UK government mini-budget and the economic chaos which came as a result. Truss’ government had proposed tax cuts for the country’s wealthiest earners in order to kick-start economic growth, a decision met with huge backlash. The pound consequently crashed, and the government ultimately made a U-turn on the issue, as reported by TheSocialTalks. This is something Sturgeon has heavily condemned in recent weeks, adding further fuel to her party’s case for Scottish independence.

In regard to the Labour party, the UK’s centre-left opposition party, Sturgeon was less vocal. However, she did describe them as "willing to chuck Scotland under Boris Johnson's Brexit bus to get the keys to Downing Street", as the BBC reports, highlighting that the SNP remain wary of the fundamental differences between themselves and Labour, and the lengths Labour could go to in order to win power.

At the heart of the SNP conference was the issue of Scottish independence – something the SNP have fought for since their founding. The party has proposed a second independence referendum in 2023, following the first in 2014, in which the ‘No’ vote won by 55%.

Since the 2014 referendum, the UK voted to leave the EU, despite 62% of voters in Scotland voting to remain. The SNP thus claimed that this was a valid mandate for a second referendum. Other large changes and events have occurred in the UK since this point, including the current cost of living crisis and the response to the COVID-19 pandemic, which was laced with controversies surrounding the Conservative government. As such, support for independence has generally increased to around half of the population, if not more – currently, polls show an even split between ‘Yes’ and ‘No’ support.

As reported by The Guardian, Sturgeon stated at the conference that independence was “essential” in order for Scotland to be free from the Conservatives’ governance, and be able to rejoin the EU following Brexit. She also confidently told the conference “we are the independence generation” and “we will be the first, in the modern world, to live in an independent Scotland”, conveying an optimistic view of Scotland’s future. Sturgeon also put forward some elements of the economic case for independence at the conference, highlighting renewable energy as absolutely pivotal.

What Does the Future Hold for Sturgeon and the SNP?

A final key area discussed at the conference was Sturgeon’s career. Having become the longest-serving leader of the Scottish government in May this year, there has been speculation about her future in the role. But as The Times reports, she affirmed at this year’s conference that she intends to remain in her role as First Minister for “quite some time yet”, as her job “is not done”.

Overall, this year’s SNP Annual National Conference therefore brought no surprises. Instead, it was characterised by a sense of calm confidence, as Nicola Sturgeon affirmed what the party’s supporters largely already knew, and emphasised the SNP's consistent key messages. Although the future of Scotland as a nation remains uncertain, it certainly seems that its dominant political party is confident and comfortable with what the future holds – at least for now.