Since late March, Shanghai has been in lockdown for nearly two months. Citizens’ lives remain uncertain, and the whole city continues to operate in chaos. Problems such as a lack of supplies and emergency care for the elderly and sick arise frequently. 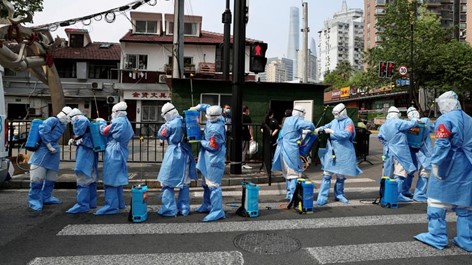 (Volunteers are preparing for disinfection.)

Against this backdrop, Shanghai citizens have made various self-help efforts, such as self-organization, to avoid becoming completely isolated in the face of such difficulties.

Self-help organizations in the lockdown

According to Community Resident Autonomy Under the Epidemic, a report published by Fudan University’s Department of Social Work, Shanghai citizens are currently involved in multiple self-help organisations. 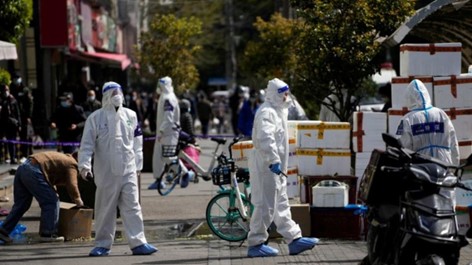 Volunteers are in charge of acquiring and distributing critical supplies. Considering the number of elderly people, the distribution of supplies is even more critical. As a result, they make an effort to have multiple purchasing groups arrive simultaneously and then deploy volunteers for unified distribution.

They recruit volunteers to secure supplies for the citizens, who in turn barter and exchange with each other to maintain their needs. 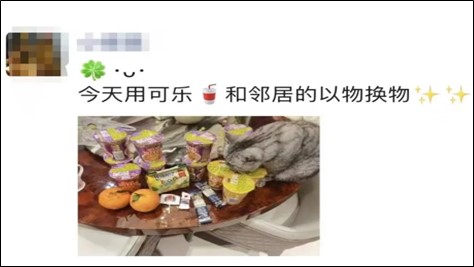 (“I got these foods in exchange for Coke today”)

According to the report, access to information is extremely limited in this type of organisation. Some elderly people, in particular, do not know how to use the Internet. They require the assistance of their children to make group purchases. Alternatively, in some “vegetable and fruit meat purchasing” groups, volunteers will purchase a few extra copies and sell them offline to the elderly to ensure a daily life. 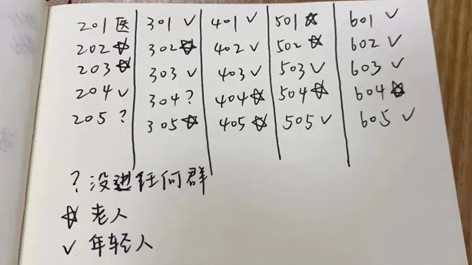 Organizations and resistance in universities

Universities are a unique type of community. Students are younger on average, and conditions in multi-person dormitories are generally worse. They frequently face significant psychological and survival pressure as a result of the lockdown policy. Students have organised and resisted the lockdown in the face of numerous unreasonable regulations.

For example, on April 4, Fudan University requested that students be prohibited from leaving the dormitory from that day on. All of the students’ food was distributed by volunteers. A student said, “The volunteers put in a lot of effort. Food delivery was delegated based on a list of student volunteers.”

On April 16, several workers entered the Fudan female dormitory’s No. 7 building, raising concerns among students about the installation of cameras in female dormitories. Many students took to social media to express their outrage. Some students protested by posting signs on walls with the words: “Want freedom, want privacy, no cameras” and “No to surveillance! No to bureaucracy! No to micro-fascism!” 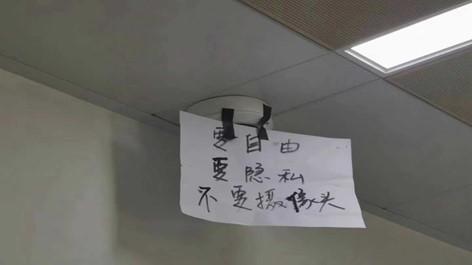 (Students stuck to the camera as a protest)

There was also organised student resistance at Tongji University, another Shanghai university. Following the lockdown, students faced ridiculous treatment, such as poor food quality and 800 girls buying 50 packs of sanitary napkins. However, the university leaders ignored the students’ demands when they held meetings and only read the circulars.

One student wrote, “Refuse to read and demand the truth” after sharing his screen during the online meeting to express dissatisfaction. 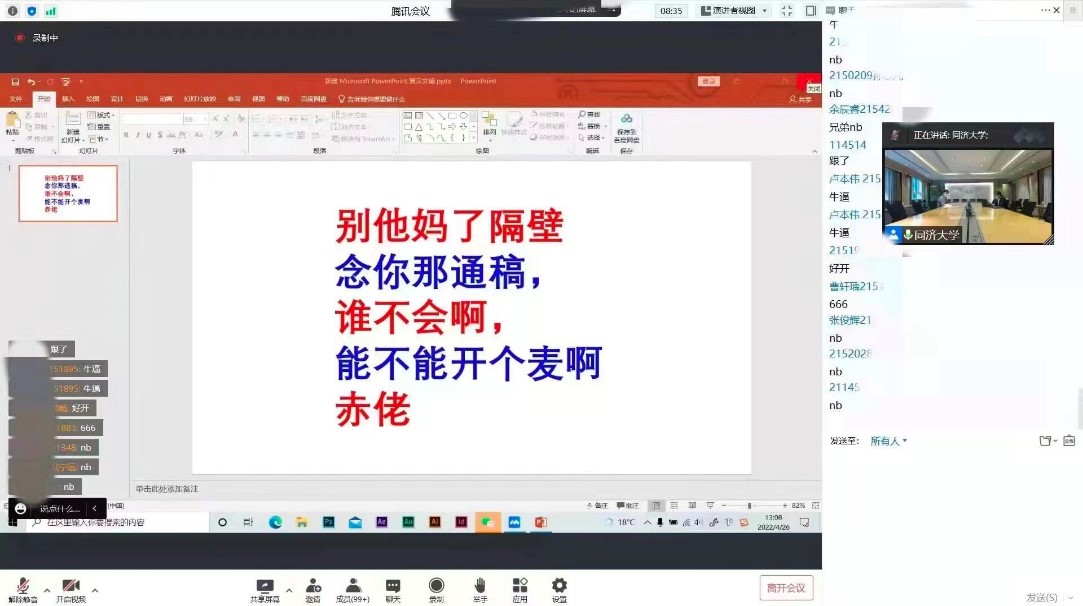 (“Don’t talk nonsense, can you open the microphone? ”)

The difficulties and dilemmas of citizen organizations

These organisations lack administrative authority and legitimacy while bearing nearly all of the responsibility. This is the dilemma they face: taking on a great deal of responsibility for sustaining life while lacking the ability or means to resist the disruption and uncertainty that abuse of government power brings to residents’ lives.

In addition to external pressure, self-organization also faces internal fear and mistrust. The blogger Mr Made mentions that when opinions on the “zero-tolerance strategy” diverged, one side immediately suspected the other of being a foreign spy. 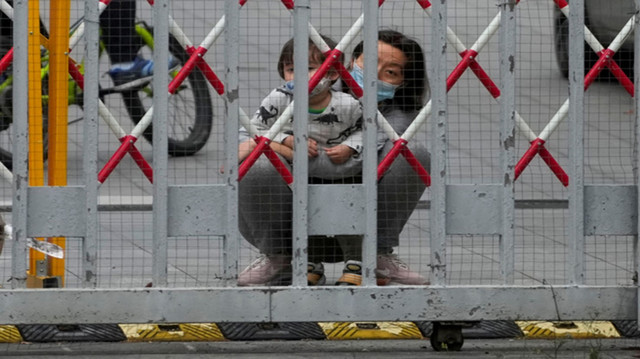 (A mother holding her child at the fence of her house.)

This is the current situation for Shanghai citizens. In the face of the lockdown, citizens rely on their own resources to save themselves. The difficulties and achievements of which are a microcosm of contemporary Chinese society.

The dilemma of the Chinese film industry in the face of pandemic: Shanghai International Film Festival suspended

China: The era of “Do Not Travel Abroad Unless Necessary”