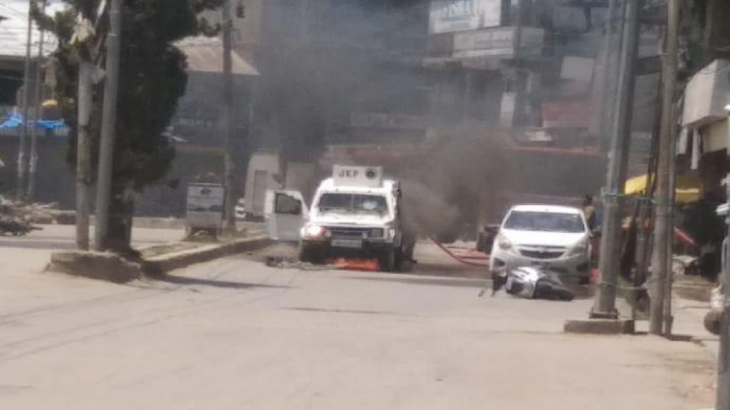 Terrorists have executed a major incident in Sopore, Kashmir where they attacked a joint team of police and CRPF. Let us inform you that the terrorists opened fire targeting the police and the Naka party of CRPF posted in Arampora, Sopore. There has not been a single incident of ceasefire violation on the Line of Control (LoC) since the agreement between Indian and Pakistani forces in February, but the incidents of terrorist activities in Jammu and Kashmir are not taking the name of stopping. On Saturday, terrorists have carried out a major incident in Sopore, Kashmir where they attacked a joint team of police and CRPF. In this attack, 2 personnel of the police team have been martyred, while two local civilians have been killed. Apart from this, three people including two soldiers have been injured.

Kashmir Zone IG Vijay Kumar told news agency ANI that Lashkar-e-Taiba is behind this attack. Two policemen and two civilians lost their lives and two other policemen were injured in the terrorist attack in Sopore, he said. 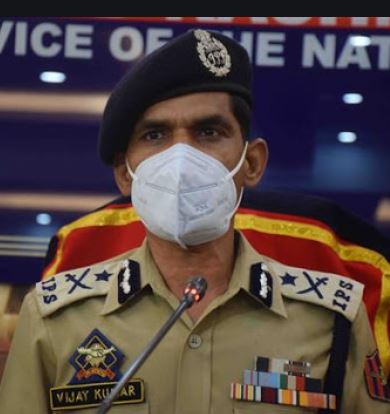 It is being told that terrorists have carried out this incident in Arampora of Sopore, South Kashmir. Where a joint team of police and CRPF was attacked at a checkpoint. The terrorists targeted the Naka party. He opened fire on the soldiers. The terrorists fled from the spot after attacking the security forces. After receiving information about the attack, a large number of police forces reached the spot.

Earlier on Friday, the terrorists deployed in the Litter Aglar area of ​​Shopian and the Naka party of CRPF were fired several rounds by the terrorists from a distance. Thereafter the terrorists fled. Although no damage was done in this attack.

The terrorists had planted an IED plant on the roadside in the Saimo area of ​​Tral. As soon as the security forces saw the movement of vehicles on this road was stopped. The bomb disposal squad was called to the spot after a blockade of the entire area. The Bomb Disposal Squad found that the weight of the IED is five to seven kg. After investigation, the squad disabled it. Vehicles of security forces keep passing through this route. The terrorists had conspired to blow up these vehicles, which were foiled in time.

The second incident is from outside Srinagar Municipal Corporation. The terrorists had planted an IED plant at the main gate of the Municipal Corporation in the Karan Nagar area. On seeing the suspicious object, the police sealed the area. The Bomb Disposal Squad was called to the spot and defused it.

Earlier on Saturday last week, an IED of 9 to 10 kg was recovered 40 meters away from the Chanpora police station in Srinagar. This IED was kept in a black bag. The responsibility of this was taken by the terrorist organization The Resistance Front (TRF). CRPF personnel is deployed at the place where this IED-laden bag was found. This is where the security forces' Naka is also located.

Sajjad Lone tweeted, 'When will this madness end?' Taking a jibe at the militants who carried out Saturday's attack in north Kashmir's Sopore, People's Conference chief Sajjad Lone said the gun enslaves those for whom it wants to fight. Sajjad Lone made several tweets after the incident. He asked when will this madness end and asked the gunmen to think about whose battle they are fighting. Lone tweeted, "Five people killed, 3 civilians and 2 policemen in Sopore attack. Mr. Gunman, about 5 Kashmiri funerals, 5 widows, 10 grieving old parents. A dozen or more orphans. All Kashmiri. So, Mr. Gunman, I really want to know whose side you are on." 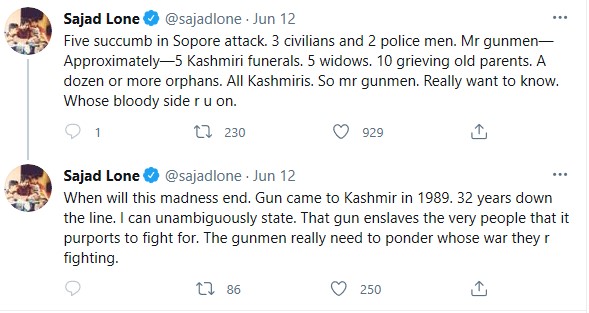 He added, “When will this madness end? Gun came to Kashmir in 1989, after 32 years, I can clearly say that gun enslaves only those people for whom it intends to fight. The gunmen really need to think about whose battle they are fighting."