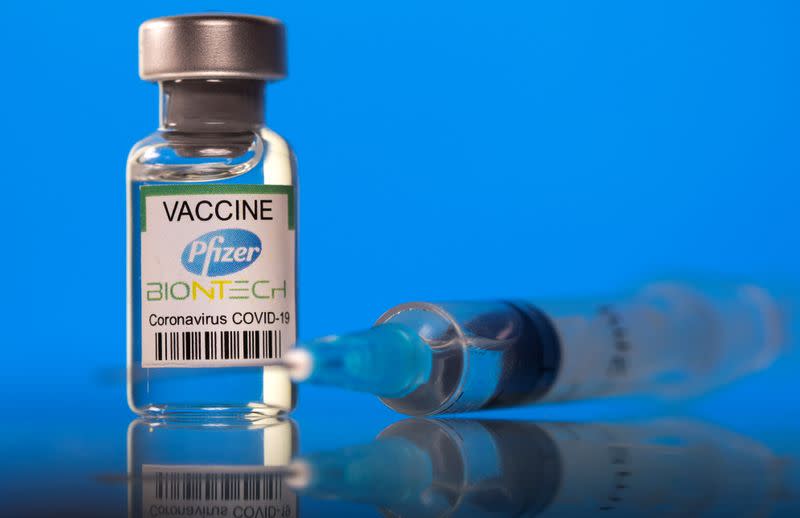 The shortage of vaccines had led many companies around the world to develop their technology to meet the desired quantity. To fight against the coronavirus, people need to take at least one dose of vaccine and in many cases, a minimum of two. But the makers are unable to produce the quantity needed for the world population and fight the different variants of the virus. The one method that many people are looking forward to is the strategy of mix and matching vaccines.

Dr Swaminatha, Chief Scientist at World Health Organisation recently stated that the use of such technique can "become a dangerous trend" and described it as a "data-free zone". Later WHO clarified that though it's not a data-free zone fully, as some data is available and they are working on gathering more Intel for this method. WHO seemed to be referencing the ongoing project of mix and match of Pfizer and AstraZeneca vaccines by the University of Oxford. The project recently was expanded as it included two more vaccines to studying. The vaccines are Moderna Inc and Novana Inc vaccines.

Thailand ignored the warnings of WHO deciding to permit their plan of mix and match of vaccines. Clinical experiments are going on and the country is soon expecting to have the results. Thailand plans to administer Sinovac vaccines with AstraZeneca of Pfizer. With Thailand still planning to use this method, many countries have already started to use it practically and many countries are planning to do so. Their government has made it clear that the people can take the doses anyway but also has recommended the first use of Sinovac and then AstraZeneca of Pfizer, after three to four weeks. Thailand is also planning to give a third boost of AstraZeneca to the one who was given two doses of Sinovac vaccines earlier.

Many countries like Thailand have also decided on a third dosage after considering that certain companies’ vaccines are more effective against the delta, gamma and other variants. While different regions are facing vaccine shortages, the country should decide to include one more dose to two dosage requirements. In many countries of the world, people have yet to receive their first dosage. WHO’s Director-General Tedros, in a statement requesting to the manufacturer companies, said, “companies like Pfizer should send those vaccines to the World Health Organisation to give to poorer countries. Dr Swaminathan also emphasized equal distribution of vaccines around the world and added that there is “no scientific reliance that a booster shot is needed, especially immediately after the incubation of the two doses.” She also requested manufacturers to distribute these extra dosages of vaccines via the COVAX programme.

Similarly, Indonesia and Canada, along with a few other European countries, had started using this different approach. Indonesia plans on the third booster of Moderna to people who had received both dosages of Sinovac. Canada is far ahead in mixing and matching. It has already started giving the first dose of AstraZeneca with the second dose of Pfizer. After the statement of WHO not to depend on any such method, Canada defended the mixing and matching of vaccines. Canada Spokesperson clarified that the decision was taken after three studies of different countries with 326 healthcare workers. On Tuesday, addressing the reporters, Canadian Prime Minister Justin Trudeau said, “We have taken some strong decisions hat quite frankly, are bearing out.”

The health officials in these countries claim to have assessed using this method and describe it to be functioning and effective against the virus by quoting evidence. After Thailand’s approval of the plan and WHO criticising the mix and match approach earlier, WHO representative, in a shocking statement, said that they are not in opposition to Thailand’s mix and match strategy. They clarified that the statement by Dr Swaminathan was referring to insufficient data. Still, now as the researchers and government have worked together, the unknown side effects have been reduced, and the data has been derived.

Dr Swaminathan had earlier said that this could lead to a "chaotic situation, if citizens start deciding when and who will be taking a second, a third and a fourth dose,” She asked the decision to use of doses be left to health experts. But the way countries are giving clearance to the mix and match method looks like they have decided to go in another direction. Future studies will only let us know how the two different dose methods will work out.