The Anti-Separatism Law and shutting down of mosques in France 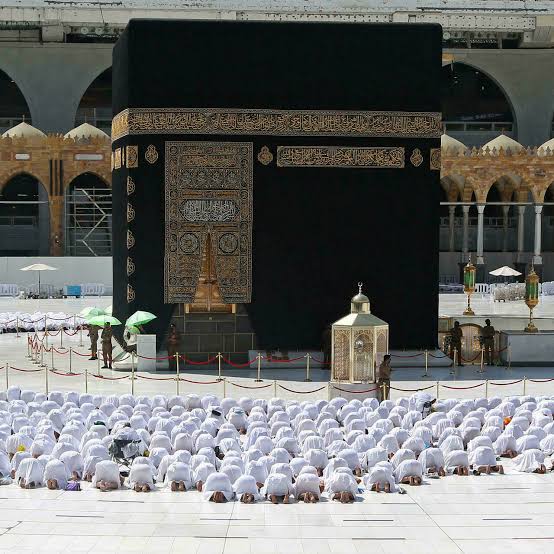 On 16th October 2020, a middle school teacher named Samuel Paty was beheaded by an Islamist youth in Paris. The teacher was alleged to show controversial obscene cartoons of the Islamic prophet Muhammad in his civics class on Freedom of Expression. These cartoons, published by the satirical magazine Charlie Hebdo, had been protested by Muslims in the past. A social media campaign was held against Paty, which was later linked to his murder. The culprit, Abdoullakh Abouyedovich Anzorov was an 18-year-old Russian Muslim refugee of Chechen ethnicity. He was shot and killed by the police forces within minutes of killing Paty. Ten other people had been charged with assisting the killer. In those ten people, one was an Imam, one parent of a kid, and two students of Paty's school itself.

French President Emanuel Macron labelled the incident as "a typical Islamist terrorist attack". He also mentioned that "our compatriot was killed for teaching children freedom of speech."

This incident was one of the several terrorist attacks in France in recent years. France had seen 36 Islamic-state-inspired terrorist attacks in the last eight years, two of which killed around 200 people altogether. This was also the second attack during the 2020 trial. At this trial, the alleged acquaintances of the 2015 Île-de-France attacks were to be convicted for terrorist activities against the publishers of the cartoons.

The President of the French Council of Muslim Faith, along with other imams condemned the killing. Muslim-majority countries like Iran, Jordan, Turkey, and Kuwait, along with the Organization of Islamic Cooperation, had also denounced the attack and condemned the publication of the cartoons.

Since November 2020, one-third of a total of 89 Islamic places of worship have been checked. These places were under suspicion of being radical and thus, were flagged by the French Intelligence Services. In September, the Highest French Administrative court, the Council of State, approved the government's action of dissolving the collective against Islamophobia in France (CCIF) and Baraka City.

Gerald Darmanin, the French Interior Minister, had said in his conversation with Le Figaro newspaper that France will now be shutting six other mosques in five different departments across France. These mosques are located in Sarthe, Meurthe-et-Moselle, Cote-d'Or, Rhone, and Gard regions. It will also be disbanding several other associations which are under suspicion of propagating radical Islamic propaganda. Ten other associations will be subject to dissolution procedure in the upcoming year. Four of them were to come under this by this month itself. He also mentioned that the bank accounts of 205 associations were confiscated. Two imams were also expelled.

Darmanin also stated that they opposed the construction of the "Eyup Sultan" mosque in Strasbourg despite the approval of local authorities. The mosque was said to be affiliated with the Islamic Community National View (IGMG).

According to Darmanin, the dissolution of Islamist publishers Nawa and the Black African Defence League (LDNA) will also be requested by the concerned authorities. Nawa is an Islamist publisher based in Ariege, a southern French town. The LDNA organized a protest against police violence in June last year. It was held in front of the US embassy in Paris. Darmanin mentioned that Nawa "incites the extermination of the Jews and legitimizes the stoning of homosexuals." He also accused that LDNA "calls for hate and discrimination."

Darmanin stated that before the enactment of the "anti-separatism" law, 24,000 places were inspected by the French Police, and 650 places were shut down under the allegations of sheltering "extremists". The minister further added that the separatism law allows them to do even more. Five Muslim associations alleged of promoting the so-called "Political Islam" have been shut down till yet.

The highest French constitutional authority passed the "anti-separatism" bill in August 2021. The bill was passed by the National Assembly in July 2021. Although the bill faced strong opposition from rightists as well as leftist lawmakers, yet it was passed. As per the government, the law is aimed to strengthen France's secularity.

According to the framework of this law, the officials have the authority to intervene in mosques and their administrative associations. They can also control the financial matters of Muslim-affiliated associations and NGOs. The law also makes home-schooling subject to official permission, thereby restricting the education options of Muslims. Under this law, patients will not be allowed to choose their doctors based on gender, religion, or any other reason. "Secularism education" has also been made mandatory for all civil servants.

This is a much controversial law criticized for side-lining Muslims. The critics believe that this law limits religious freedom in France and marginalizes the Muslim community. France has the largest Muslim community in the whole of Europe with 3.35 million members. The law puts restrictions on many aspects of the lives of these people.

These extremist actions from the French government have been supported by the native French people. But many international organizations and NGOs, specifically the UN, have been criticizing France for targeting and singling out the Muslims through this law.

The reaction of France to the killing of Samuel Paty had not gone well with many Muslims. Many of them also called for the boycott of French goods. The Turkish President, Recep Tayyip Erdogan, was at the forefront of this condemnation. His comments on France and President Macron as well as his appeal for boycotting French goods had not been received well by the Europeans but resonated effectively with the Middle East and North African nations. Among these were also the former French colonies.

In Dhaka, Bangladesh, a crowd of around 40,000 people protested in an anti-France rally. They too called for a boycott of French goods by burning an effigy of President Macron. They also appealed to the government to send the French ambassador back to his country with a threat to burn down the embassy.

Pakistani Prime Minister, Imran Khan had also accused French President Macron of being decisive and encouraging Islamophobia in the world. Kuwait's foreign ministry also criticized the policy of linking Islam to terrorism. French goods were taken off the shelves in Kuwait and Qatar. Jordan's foreign ministry criticized the "continued publication of caricatures of Prophet Muhammad under the pretext of freedom of expression" but put forward no direct criticism of President Macron.

The killing of Samuel Paty was surely a condemnable act but the French's extremist measures have taken it too far. Restricting and curbing all Muslims, their religious places, and their lifestyle in response to an act committed by one member of the community is nowhere close to a justification. In the name of secularism, a whole community is being marginalized and side-lined and is forced to live according to these extremist norms.