The Artificial Sun: EAST And The Nuclear Energy Milestone 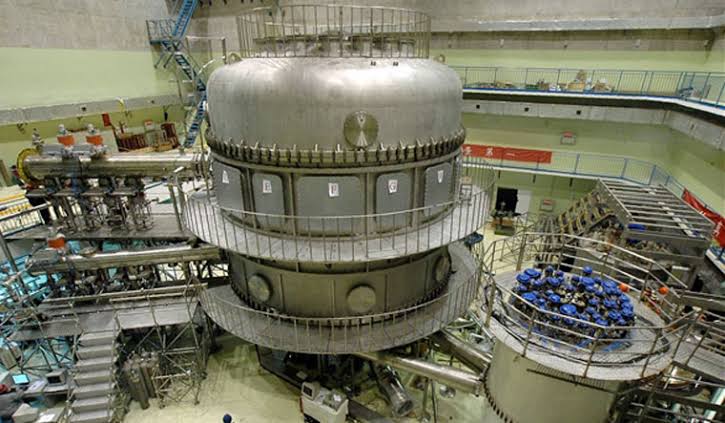 The idea of the Doomsday Clock has intrigued the human race for quite some time now, ever since it came to limelight. So, what exactly is it? The Doomsday Clock, since 1947, is a concept that has been "maintained by the members of the Bulletin of the Atomic Scientists". The Doomsday Clock provides us with a measure of the possibility of human developments in science, technology and related fields leading to catastrophes that have the potential to irretrievably destroy our planet. If the clock reaches midnight, it will signal a complete destruction of our planet, a disaster entirely of our own making. In 2020, the Clock was set at "100 seconds to midnight", the closest it's ever been to midnight.  In this context, the recent developments around China's nuclear fusion reactor, EAST, proves to be quite interesting.

China's experimental nuclear fusion reactor, dubbed as EAST (Experimental Advanced Superconducting Tokamak), recently achieved a major milestone. According to an Indian Express report on the same, "EAST set a new record after it ran at 216 million degrees Fahrenheit for 101 seconds, according to state media. For another 20 seconds, [it] also achieved a peak temperature of 288 million degrees Fahrenheit, which is over ten times hotter than the Sun". Previously, in 2018, "The reactor held gas heated beyond the 100 million degree benchmark regarded as crucial for generating power". Due to this, EAST has cemented its position as China's 'artificial sun'.

Located at Heifei's Institute of Plasma Physics of the Chinese Academy of Sciences, EAST is one of China's three tokamaks, with the other two being the HL-2A reactor and J-TEXT. ScienceAlert, in its coverage of the same, reported that "it takes around 300 scientists and engineers to support and operate the experimental facility that contains EAST". The principle at the very core of this experimental reactor is the same that underlies the nuclear fusion processes in stars. The major advantage that nuclear fusion offers over nuclear fission is the minimal generation of waste. However, it is a lot harder to achieve a successful nuclear fusion, than it is to accomplish nuclear fission. This difficulty majorly arises due to the incredible amount of heat and energy required to effect a fusion of deuterium and tritium to yield a helium atom. In the Indian Express report cited earlier, the fuel required is "heated to temperatures of over 150 million degrees C°, in order to form a subatomic particle soup".

The record-setting temperature that EAST achieved is a major milestone, considering that this temperature was never reached before in previous attempts. However, researchers believe that it will take another three decades before the 'artificial sun' becomes fully operational. Li Miao, in his statement to the Global Times, was of the following opinion: "The breakthrough is significant progress, and the ultimate goal should be keeping the temperature at a stable level for a long time". Nevertheless, many believe that this breakthrough is a good sign for China's green energy policy. Nuclear fusion reactions, due to less wastage, also emit less greenhouse gases, in addition to being less prone to accidents. With growing clamour to replace fossil fuels with cleaner and alternate sources of energy, the success of reactors like EAST provides plenty of  hope for the future.

Before China's EAST, the KSTAR reactor in South Korea, in 2020, had reached a record-setting 100 million degrees C° for 20 seconds.

However, when juxtaposed against the larger picture, EAST and nuclear fusion processes are quite the paradox. On one hand, while this development in nuclear energy has the potential to be a boon for the environment and climate change, we cannot deny that nuclear energy has its disadvantages. Albert Einstein, whose groundbreaking discovery of E= mc2 was instrumental in laying the foundation for nuclear energy, was himself wary of the harmful potential of nuclear energy.  Over the years, many nuclear energy plants have caused severe damage. The Chernobyl Disaster in April 1986, The Fukushima-Daiichi Disaster in March 2011, and the Three Mile Island Disaster in 1978 proved that nuclear energy is an enterprise riddled with considerable dangers to human life and the environment. The Doomsday Clock is based on the concept that uncontrolled scientific advances can ultimately lead to our ruin. EAST is certainly a great scientific advancement, with potential to do good and help in combating climate change. But, if mishandled, it can culminate in yet another nuclear energy catastrophe. When it comes to science and technology, it has become increasingly important for us to stay within our limits. We need to know our limitations, for meddling with natural and chemical processes, in the name of 'innovation' and 'progress' can have adverse repercussions.