The Cycle of Change Begins with Domestic Workers 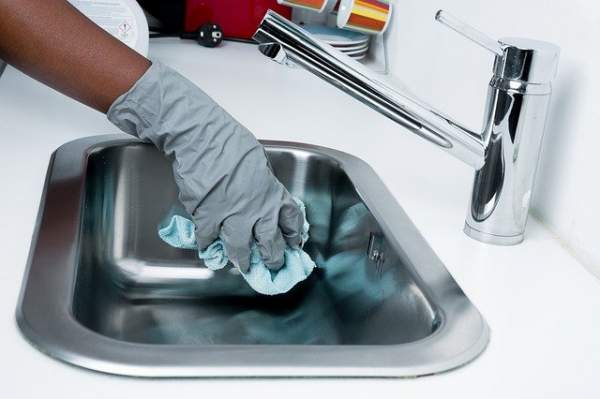 You will hardly see her smiling but then the world hasn’t been a kind place to her. Every morning, a face most privileged folks encounter is that of their domestic help and yet the face remains a nameless existence for the most part. The condition of domestic help is deplorable with the world blatantly ignoring their presence, choosing to unsee what is starkly present. Domestic workers are a major proportion of any country’s economy yet their hard work remains unaccounted for and their existence in the economy discounted.

A major proportion of domestic workers are women putting them in the confluence of gender, class, caste and economic hierarchies. Women who work as domestic workers come from families living in the recesses of penury and thereby take any working opportunity offered to them. However, in the process, they are forced to experience innumerable exploitations that go deliberately unnoticed.

Most domestic workers are denied basic labor rights that are ensured in a country. Behind closed doors, they serve on the basis of their employer’s whims, not given the opportunity to grow and stuck in an endless cycle of exploitation. They are not paid in proportion to the work done, their labor undervalued because of the nature of their employment. They forced to work in unrelenting circumstances, rigorously performing physical activities that are typically deemed unworthy of notice by their employers.

In addition to an appalling working condition, the plight of domestic workers extends into the disgraceful treatment meted out to them.  Violence, sexual harassment and emotional and psychological abuse are inherent in the way domestic helpers are treated by their employers. The situation is worsened by the lack of support from the legal machinery which affords no recourse for the community. Having no legal rights, their ill-treatment doesn’t come in the purview of the legal system and can thus not be addressed.

The State in addition to the people remains complicit in the needs of this working-class, a class that remains unheard despite the loudness of its problems. The employer-employee relation in such a scenario is not formalized and remains obscure causing further problems to arise from the uncertainty of their relationship. The hierarchies come into play here, with the ingrained inferiority notion of the domestic help preventing them from seeking their rights. The depth of the issue becomes significantly more because of the deep-rooted psychological impact that involves the people from the community of domestic workers becoming the receivers of displaced resentment.

With the world under the shadows of the pandemic, this community has been severely affected, more so than others.s With the lockdown in place, many lost their ‘jobs’ with their employers dismissing them without a day’s notice. With social distancing and restrictions on mobility, the community is facing further problems being forced to resort to extreme means to continue their employment. The toll on their physical, emotional and mental well-being has increased manifold times. With families to sustain and lack of even the basic necessities of life, they are being pushed further to the periphery of human society with each passing day. Turning a blind eye to them is the way being adopted by society but this will have adverse effects as the community keeps getting sidelined and marginalized.

With the lockdown, everyone has been forced to do the household work and if this doesn't serve as a warning bell, the world has reached a dark time. It is vital that people learn to use their privilege for the greater good. Allowing the domestic workers a space in the normal social framework is of absolute importance. Offering them support when needed, providing a better legal framework to help them seek redressal, assuring better and safer working conditions combined with better wages can be ways to help this community. The need is to change their absent presence to a visible and respected existence where they are valued for their incessant hard work and tireless efforts. A country progresses only when the vulnerable rise and this community is an inextricable part of any society making it imperative for them to rise above their current situations to see a future that is brighter for all.