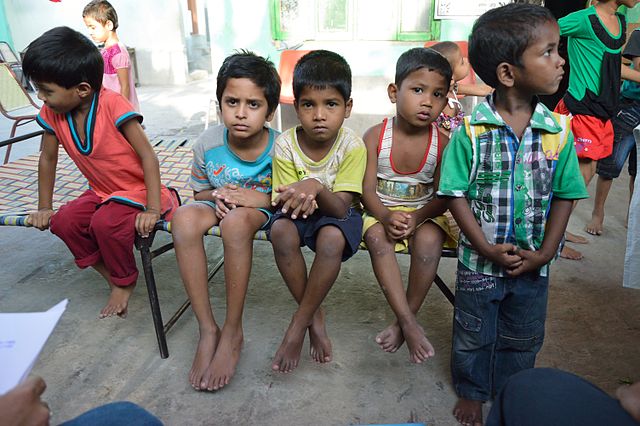 Nearly 30 million orphaned and abandoned children live in India. These children's formal adoption offers a two-fold issue. Only a tiny percentage of those who go through lengthy adoption procedures find a home. The Central Adoption Resource Authority (CARA) facilitates only 3,000-4,000 adoptions per year. Second, because of the demanding life-long commitment and enforceable legal rights of adopted children, there is a reluctance to adopt.

Foster care, on the other hand, provides a more flexible environment. Compared to legal adoption, which has little or no follow-up, it has the extra security of regular follow-up on the child's well-being. The central government established a legislative framework to promote foster care in India with the Juvenile Justice (Care and Protection of Children) Act. The Act, however, left it up to the states to "make laws to carry out the system of foster care of children," resulting in a patchwork of implementation. India has 29.6 million orphaned and abandoned children, according to the United Nations Children's Fund (UNICEF).

According to SOS Children's Village research in 2011, the former category accounts for 4% of India's kid population. However, according to alarming numbers released by the Childline India Foundation (CIF), backed by the women and child development ministry, just 470,000 of these 30 million children (most certainly an under-reported figure) were institutionalized care in 2017.

Children at Child Care Institutions (CCIs, often known as orphanages) in Indians are often ignored when it comes to government funding and development activities.

This ignoring act has been the case throughout the current shutdown as well. The reason is that, under the Juvenile Justice (Care and Protection of Children), Act of 2015 (JJ Act), children in need of care and protection, or CNCP, are supposed to be placed in CCIs temporarily. Not until the authorities can find suitable means of rehabilitation for them, such as adoption, foster care, or reunification with family.

In most cases, though, the truth is quite different. In India, there are over 370,000 children in over 9,500 CCIs. Only 4,027 children (0.01 percent) were adopted, through the Central Adoption Resource Authority in 2018-19, and there are no official foster care numbers available.

Approximately half of the children in CCIs originate from families that cannot care for them due to financial constraints. The ongoing pandemic is projected to push many more families into poverty, causing this figure to climb. Globally, the UN forecasts that 42-66 million children will be forced into extreme poverty this year due to the crisis, adding to the projected 386 million children who were already in poverty in 2019. Furthermore, as a result of the epidemic, more children will drop out of school and be vulnerable to child labor, human trafficking, and abuse. While the number of new admissions to CCIs is expected to increase, authorities will find it difficult to rehabilitate children who are already in CCIs, as families' financial situation is expected to worsen in the coming months.

The state must recognize the importance of CCIs, especially in these challenging times, and provide resources to assist them in carrying out their responsibilities. Even though institutionalization is considered a last resort by the law, it is in the child's best interests for most children in CCIs, given their circumstances. While there have been recent incidences of child exploitation, there are much more examples of CCIs that can provide children with family-like care while also providing necessary support and supervision.

Given the increased risk to children as the crisis worsens, this may be an opportunity to do more. As a result, the best way forward in the current mishaps is to close the gap between CCI capacities and government expectations and develop CCI capacities. This new development will allow them to provide better health, mental and emotional well-being, education, and preparing children for future livelihood options, allowing them to cater as close to family-like care as possible within the institution.

The Supreme Court on Monday, told Delhi, and West Bengal governments, to share pieces of information about the number of orphans, and vulnerable children, abandoned or lost a parent, during the Covid-19 pandemic in April 2020.

On June 1, the court asked the Centre to produce details concerning Prime Minister Narendra Modi's PM CARES for Children program, which was announced, to care for children who were left homeless or without a caregiver as a result of the Covid-19 outbreak. The Centre informed the court that the scheme's implementation procedures are being worked out and requested more time.

Do you want to adopt a girl? Please contact xxxxxxxx Covid-19 killed their parents, a three-year-old and a six-year-old. This post is one of several posts currently circulating on social media purporting to raise funds for so-called "Covid orphans" – children who have lost both parents to the dreadful disease. Child rights experts have expressed worry over such social media postings. Claiming that they could be used by human trafficking gangs, to increase their pool of clients and targets. And to subject innocent youngsters to violence and abuse, infringing on their fundamental rights.

It's worth remembering that many prominent persons in world history, such as politicians and scientists, lacked a mother or father who served humankind in leadership roles. To ensure the safety of all children, particularly orphans and abandoned children, governments should launch public awareness campaigns aided by non-governmental organizations that reach out to individuals. In contrast, aid organizations that rely on volunteers should broaden their impact by establishing themselves more strategically on larger territories.