The Economic Crisis in Sri Lanka 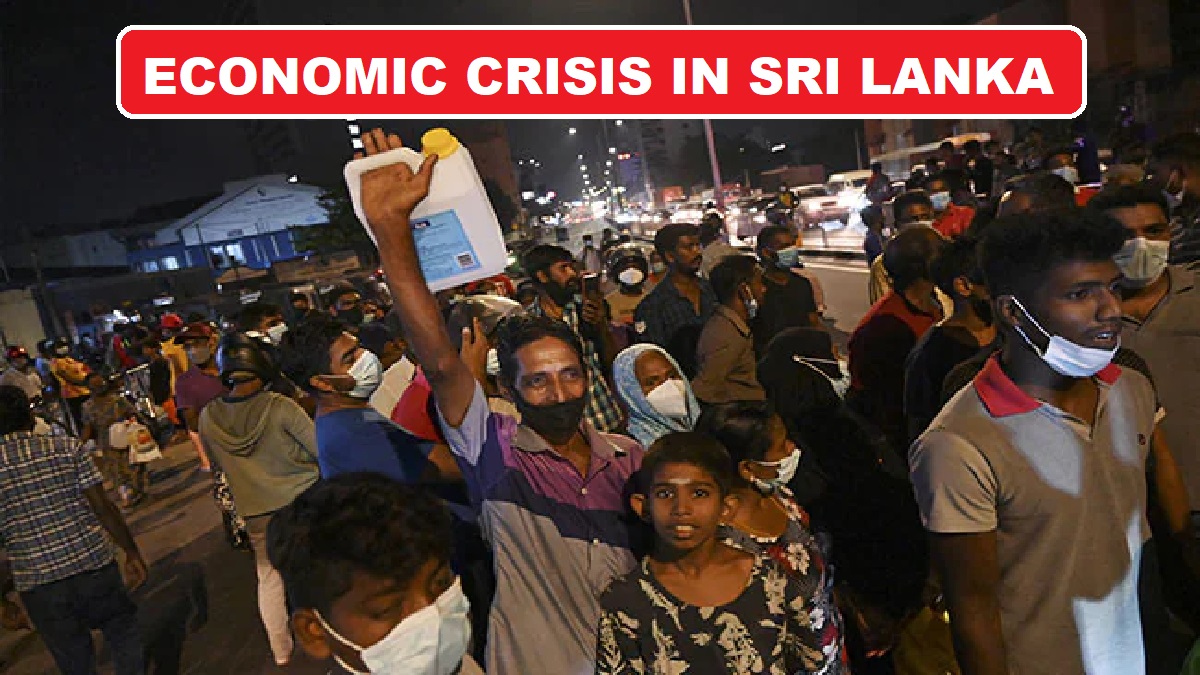 It has been weeks since the deadly economic crisis brought Sri Lanka to a grinding halt with its citizens protesting on the streets due to a lack of food, gas, and fuel supplies. Many economists call this fatality — mismanagement of economics, bad governance, and results in hefty debts to foreign banks. With normalcy yet to be restored, Sri Lanka is surviving on loans from China and other trade supplies from India.

A 36-hour curfew was declared by the government after it announced an emergency to control the widespread protests on the streets of Sri Lankan cities. The protestors are asking president Gotabaya Rajapaksa to resign. Political parties met each other recently, with claims of political allies asking for the removal of the president’s younger brother and finance minister Basil Rajapaksa, who is blamed for the crisis. Protestors are angry due to shortages of food and fuel. Former Sri Lankan President Maithripala Sirisena asked for an all-party alliance to get together to solve this crisis.

India has supported its neighbour by sending forty thousand tonnes of rice through shipments, the first major aid Sri Lanka received since a credit line from New Delhi. India has also sent forty thousand tonnes of diesel, the fourth shipment since the crisis began. The electricity board of Sri Lanka has said that the diesel supplies will help ease power cuts in the country. Angry protestors on the streets want the dissolution of the current government and the dilution of power within the Rajapaksa family.

The media houses are blaming the Rajapaksa government for the failure of devising long-term economic policies, which according to their claims, aggravated debt and the foreign exchange rate. The media blame the government for the mismanagement of the country’s economy.  Also, two newspaper organizations had to shut down due to a shortage of newsprint and price escalation. India’s trade support will help Sri Lanka to survive for a month or so, after which the future looks bleak. The years of accumulated borrowing and mismanagement have led to the current economic crisis.

The protestors are being blocked by armed forces and the police from entering the independence square. Tear gas is being used to disperse the crowds from protesting on the streets. Opposition lawmakers are also prohibited from entering the independence square. Opposition leaders have asked the police not to block the protestors, or support the government but to think of the mass suffering stemming from lack of food supplies and other basic amenities. The protestors held placards that said that the Rajapaksa government these years had divided the people based on ethnic and religious lines, but this crisis had united all Sri Lankans.

The economy of Sri Lanka was slowing down even before the covid pandemic, a result of high debt levels and high fiscal deficit. The coronavirus outbreak hit the tourism sector severely. It is said that a controversial farm policy sanctioned by the government is one of the reasons for the hike in food prices. The government has assured imports of chemical fertilizers, but the damage done is too severe for the prices to lower in a short duration of time. The crisis has caused power cuts; public transport has also halted due to fuel deficiencies.

Debt management is one of the causes of the crisis due to commercial loans borrowed since 2007 for non-revenue yielding projects. Ill-considered taxes imposed by the government worsened the economic crunch. The government failed to address the two deficits, fiscal and current, and having an unsound economy as the backdrop made matters worse. The reduction of state revenues by the government made it more difficult to handle the debts.

China has been providing commercial loans to Sri Lanka for its infrastructure projects since early 2000. Due to the accumulation of these loans, the country is in a debt trap. Though loans from China are not the only reason, loans from capital markets also have led the country into a debt trap. There have been calls for political parties to come together and devise recovery plans and revive growth. IMF is about to renew discussions with the government on possible loan schemes.

This is considered to be the worst economic crisis in decades, also, halting trading in its main stock market. Sri Lanka is turning off street lights to save electricity. Water levels in the reservoirs are also at a record low due to the hot summer season. Apart from aid and borrowings, Sri Lanka will have to turn to new effective ways of reviving its economy.