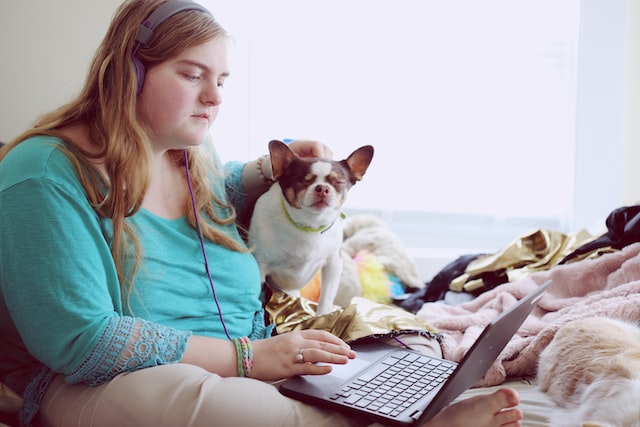 The emergence of Covid-19 and the subsequent lockdown restrictions have only exacerbated the situation. The Royal Mencap Society, a learning disabilities charity, reported that Covid-19 accounted for 80% of deaths among people with learning disabilities in England and Wales during the week ending 22 January 2022. For the general population, that rate was only 45%. Furthermore, a study conducted by Public Health England during the height of the pandemic's first wave, from March to June 2020, found that the Covid-19 death rate was 4.1 times higher for people with learning disabilities. When considering young people between the ages of 18 and 30, the rate was as much as 30 times higher.

It would be easy to dismiss these statistics as mere numbers on a page, but these health inequalities have a profound effect on the lived experiences of people with learning disabilities, particularly in terms of the quality of healthcare afforded to them. Due to social distancing measures, patients who would usually be accompanied by a carer or a family member when attending hospital appointments were instead required to attend their appointments alone. This, paired with strict limitations regarding visitation, often left patients without the additional support that they needed. While visitation rules were eventually relaxed for patients with learning disabilities on 9 April 2020, the tier system introduced during the second wave of the pandemic once more failed to accommodate their unique care needs, with visitation banned outright in Tier 4 areas, where Covid-19 posed the highest risk.

Moreover, requirements regarding the use of Personal Protective Equipment (PPE) in NHS facilities created communication difficulties between patients and NHS staff. For many people with learning disabilities, verbally communicating with others is far more challenging than it is for the general population. Thus, being able to read people's facial expressions and overall body language is vital for effective communication. As important as the use of PPE may be, it renders the former almost impossible and creates an additional communicative barrier between staff and patient. While one could argue that the transition to remote consultations resolved this issue, such appointments come with their own challenges. Much like how people with learning disabilities may struggle with interpreting other people, they may also struggle with expressing themselves, making it more difficult for NHS staff to diagnose and treat them. The reliance on body language is very much mutual and remote consultations simply do not accommodate for this.

On an even more concerning note, many people with learning disabilities found that they had been wrongly issued Do Not Resuscitate (DNR) orders at the beginning of the pandemic, meaning that they would be denied intensive care treatment. Mencap reported that this was a result of UK Government guidance stating that patients considered for intensive care treatment should be assessed according to the Clinical Frailty Scale (CFS). The CFS advises that intensive care treatment should be denied to those who cannot carry out everyday tasks independently, as is the case with many people with learning disabilities. However, the CFS is intended to be used exclusively for elderly patients and should not have been applied to patients below the age of 65. Guidance was updated accordingly in April 2020 following an official complaint from Mencap; however, the Government would go on to repeat their mistake in January 2021.

Healthcare is not the only area of life that has been affected by Covid-19, of course. The pandemic has had far reaching consequences for all areas of life, and people with learning disabilities are among those whose everyday lives have been impacted most. For many with learning disabilities, maintaining and following a daily routine is of great importance. If routines are disrupted, by self-isolation for example, then this can be particularly stressful for them, and this stress may manifest in drastic behavioural changes. In Mencap's March 2022 report, The Impact of Covid-19 on the Mental Health and Loneliness of People with a Learning Disability, the parent of a girl with learning disabilities is quoted as saying the following:

“She was finding if anything was out of the usual routine she would get out of all sorts. She would get upset. She’d be throwing things about and hitting me, and you just couldn’t get through to her. It was quite difficult for a while.”

People with learning disabilities have also endured a great deal of discrimination throughout the pandemic. While discrimination against those with disabilities is certainly nothing new, the situation has grown worse because of a lack of understanding of face covering exemptions. Due to the communicative issues regarding PPE, people with learning disabilities were made exempt to face covering laws, yet there have been numerous reported incidents of people being verbally harassed by members of the public or barred from entering public places for not wearing a face mask. For example, in January 2021, Disability Equality Scotland reported that an elderly person with a disability was barred from entering a supermarket without a face mask, following blanket bans on unmasked shoppers put in place by UK supermarkets, despite Scottish Government guidance clearly stating that some individuals are unable to wear masks due to their health.

The combination of self-isolation and worsened discrimination has taken a serious toll on the mental health of those affected. In March 2022, the World Health Organisation reported that the Covid-19 pandemic had resulted in a 25% increase in the number of people suffering from anxiety and depression, both of which are common among those with learning disabilities. To illustrate the severity of Covid-19's psychological impact, one individual is quoted in Mencap's March 2022 report as saying: “I think I’d commit suicide if there was another lockdown. I would really, because the first lockdown, it was horrible. It was bad enough the first time.”

Much of what has been discussed throughout this article emerged as a result of lockdown. To consider these problems as a thing of the past would be a mistake, however, as the legacy of lockdown continues to impact people with learning disabilities to this day. Since people with learning disabilities are more vulnerable to a plethora of other ailments, from cardiovascular conditions to respiratory problems, which may cause severe illness if paired with Covid-19, many of them must continue to limit their social contact and take precautions from which the rest of society has moved on.

It is apparent from the rampant systematic discrimination throughout UK society, and the repeated mistakes of the UK Government, that the needs of people with learning disabilities are an afterthought for most. Moving forward, it is essential that society improves upon its understanding of learning disabilities and the experiences of those who live with them. UK Government bodies must go to greater lengths to ensure that the needs of those with learning disabilities are a priority and that they are considered in all areas of policymaking. Mencap points to greater education on the subject as the most viable solution, citing their own findings that two thirds of people in the UK do not know what a learning disability is. The charity acknowledges, however, that there are doubts over the effectiveness of that solution. After all, education only works if those who are to be taught are willing to learn.

Photo by Alexander Grey on Unsplash

The Long Term Effects of Covid-19