The Indian idea of uplifting the weak is not working. Where did we go wrong? 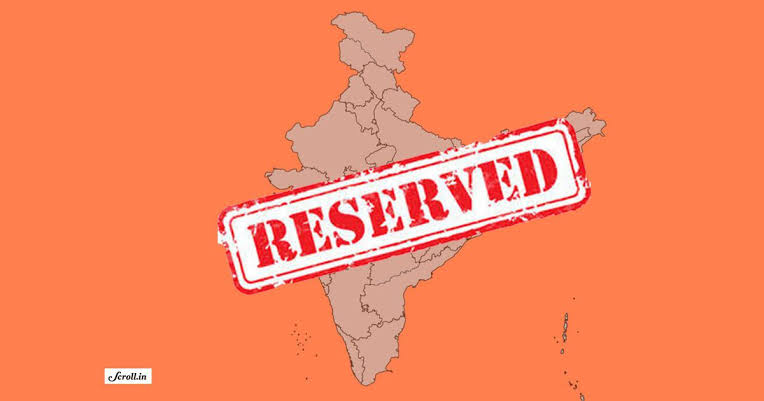 Since India's independence, Dr. Ambedkar's reservation policies have been in force. Ambedkar's idea to uplift a society that had deep roots in the caste system raised many arguments. Many scholars detest the ancient "Manusmriti script"  by Lord Manu as the reason behind the caste system still being prevalent in every part of the country. Although the script had its origin thousands of years ago, the idea still lives on in the 21st century. Lack of education and the gullibility of Indians has been one of the biggest reasons we are here today.

Vertical reservations in India are a mess and contradict the values our constitution enshrines. Over the years, sympathy-laden movements for minorities have put several obstacles in the progress of the country. While our politicians are busy with securing vote banks, they keep citizens in the dark. Illiterate and poorer sections of the society thus cannot decide what is best for them and their country. The politicians showcase temporary and short-term benefits. The people are gullible and fall for the false narratives showcased. They start to demand provisions that do not fit in the framework of our constitution. These demands often create a state of hysteria in other communities, and they begin to raise questions regarding opportunities being provided exclusively to a particular community.

Unfortunately, scholars have not been able to find a solution to this contradiction. The reservation period was further pushed to 2030 by the 104th amendment, which was supposed to end in 2020. Realization of the main objective of the reservation policy is nowhere in sight. It is not at all justifiable to provide reservations to a specific community keeping the elections in mind. The demographics do not support the reservation quotas offered by the state. If we sum up all reservations, around 90% of India is reserved. Still, the demands and cries for reservations do not stop. With the elections in sight, the Modi government has swiftly approved 27% reservations for OBC and 10% for EWS in medical schools under the all-India quota. It is very irresponsible of these leaders to play with the future of an entire generation, which will affect the country's growth. We can look at a few recent incidents regarding vote bank politics and purpose-driven support for the minorities and backward classes.

Marathas constitute 32 percent of Maharashtra's population and are a major political force to reckon. Marathas were historically fighters in the Maratha empire established by Chatrapati ShivajiMaharaj, who fought the Mughals.

Marathas were granted 16 percent reservation in government jobs and educational institutions by enacting the "Socially and Educationally Backward Classes (SEBC) Act" in 2018 by the Devendra Fadnavis led BJP- Shivsena government. This law came into force as a result of continuous agitations from the Maratha community. Even the city of Mumbai came to a standstill due to the announcement of a "Mumbai Bandh" by the protestors. The Bombay High Court recommended a modification due to a PIL filed before them. The Bombay High Court upheld the reservation but pointed that instead of 16 percent, it should be reduced to 12 percent in education and 13 percent in jobs. After its enactment, Maratha students secured their positions in educational institutions and government jobs.

With new protests surfacing across the state supported by the major opposition party (BJP), the interest for OBC reservation protested by the Supreme Court have again come under re-evaluation. The court said that reservations should not surpass the current standard of 50% reservations.

Bypolls in Dhule, Nandurbar, Akola, Washi, and Nagpur were delayed because of requests from the provincial parties. The bypolls finally took place on 20th  July 2021. The OBC reservation issue is of immense political significance as the local area divided into almost 382 standings, makes up  52 percent of the state's population.

Thus, no reservation will be applicable in the forthcoming neighborhood body elections, including the City organizations, metropolitan committees, Zilla Parishad, Panchayat Samiti, and gram panchayats during the current year or until the state government finishes their cycle.

The Apex court decision serves as a double blow for the OBC community. They were already under pressure of losing their reservations quota of 27% to the Maratha community as Marathas demanded an infusion into the OBC category. The request comes as a consequence of an earlier decision by the Supreme court regarding the Maratha reservation.

The Maharashtra government has asked the community and its chiefs to remain calm and compose a revised petition to the supreme court to reexamine its choice. Meanwhile, BJP has tracked down a brilliant chance to whip the Uddhav Thackeray driven Maha-Vikas-Aghadi (MVA) government. BJP held a few protests, blocking and hindering traffic on the streets to satisfy the requests of the OBC community.