The Invisible: India's Lack Of Gender Consciousness Investigation And Report 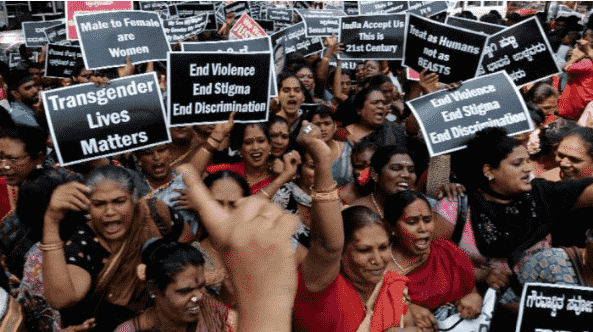 Last year, while the second wave of Covid-19 was ravaging India with millions dead, out of jobs, and displaced - many of the country's systemic socio-cultural problems surfaced. For instance, many trans people were denied proper medical assistance by government and private hospitals. One of the most noted events was when Manobi Bandyopadhyay was denied a Covid-19 RT-PCR test and kicked out of the establishment. What was her crime? Well, she is a trans woman.

It is not a secret that the majority of the Indian population lacks gender and sexuality awareness which leads to a lack of proper transgender representation. While India does legally recognise transsexuality and different identities like Trans men and trans women after the landmark judgement of 2014 by Justice KS Radhakrishnan, the lack of proper gender consciousness and representation is proving to be a socio-cultural systemic problem rather than legal.

While legally, it is a human right for transpersons to have proper access to medical facilities and amenities to lead a normal life like every other citizen of India and yet it is a rare occurrence for them to have access to such facilities.

The first evidence of the lack of representation and recognition comes in medical forms. In most of the medical forms in India, people are given only three choices - male, female or Others. The category ‘Other’ itself is discriminatory since it takes away a person’s right to identify themselves by generalizing the entire gender spectrum in one word ‘Others’.

In a private interview, Arun, a 22-year-old Trans man living in Bangalore, said, “You know it feels awkward, like an imposter. When you don’t have any other choice but to put the mark on ‘Others’, you can literally see, people’s reactions to change. As if they don’t want you there, especially if your doctor is transphobic! I had doctors ask me all sorts of weird questions sometimes that are not even related to the issue I am facing. I mean, is it too much to ask for a little respect and use of proper terminology instead of ‘Others’, especially in a medical institution?”.

This lack of representation causes inconsistent census data. In the last recorded Census of 2011, it was the first time when the transgender category was introduced. The census claimed that there are 4.8 million Indians who identified as transgender. The problem is that the census recorded is sex-based and not gender-based,  therefore it is true figures are still unknown.

We can also see the lack of proper data in statistical data provided by the Indian Government to show vaccination. In the pie chart representation of the data, first, the context of the data is not provided.

In other words, there is no way to understand if the numbers suggest people who are fully vaccinated or partially vaccinated. Secondly, even though the chart does mention the category ‘Others’, there are no numbers there to support whether they are vaccinated or not.

So how do we solve this problem? First, we need to change how we collect data. We cannot collect data with the traditional sex-based method where there are only 3 categories: male, female and Others.

Yes, while having three categories might simplify calculations - it cannot generalize approximately 17 different genders into one umbrella of “Others” without data discrepancies. To have a more inclusive society, we need to have more inclusive and detailed data, therefore, using gender-based data collection techniques, we can eliminate multiple problems in one go.

Secondly, we need to make people more aware of transsexuality in order to battle the systemic stereotypes and transphobia through proper sex and gender education and we need to do more research in the field of gender and sexualities in India to fill the immense data gap.

And last but not least, we need more transsexual representation to acknowledge and act on the difficulties that they face daily in societies, and to provide them with the necessary facilities a citizen is entitled to.