The mystery of the Lindbergh Baby 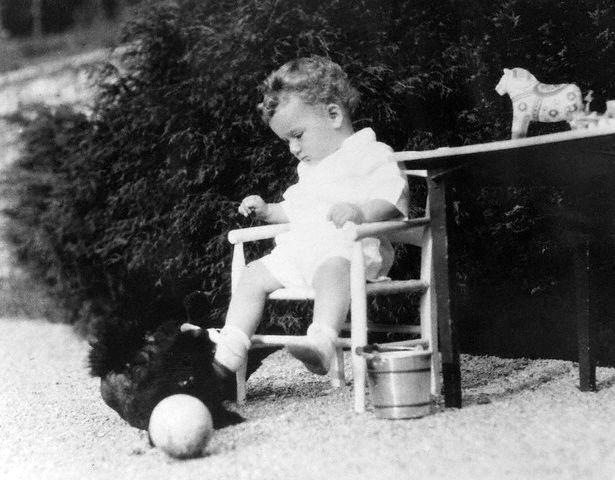 Junior Lindbergh, a 20-month-old son of Charles Augustus and Anne Morrow Lindbergh was kidnapped around 9 o clock on the 1st march of 1932. He was found missing from the nursery of the Lindbergh in Hopewell, New Jersey. The child’s nurse, Betty Gow reported his absence at 10 o clock. A massive search and a huge ransom of about $50,000 were demanded. The Hopewell police took charge of the investigation.

The initial investigation suggests traces of mud on the floor of the nursery. Two sections of the ladder were traced, one of the twos sections joined to the other, indicating its breakage. Neither were their bloodstains nor fingerprints. Employees related to Lindbergh were questioned. Colonel Lindbergh called for negotiations. The help of the underworld was taken to avail and contact the kidnappers but it was of no avail.

Henry received the third note on March 8, informing him that no intermediary will be accepted and requesting them to explain themselves through publications on newspapers.On the same day, Dr. John F. Condon, a retired school principal from the Bronx, New York City, published an offer to act as a go-between and pay an additional $1,000 ransom in the "Bronx Home News." Dr. Condon received the fourth ransom note the next day, indicating that he would be acceptable as a go-between. Colonel Lindbergh approved of this. Dr. Condon received $70,000 in cash as a ransom around March 10, 1932, and immediately began negotiating for payment through newspaper columns under the code name "Jafsie."

The fifth note was delivered by Joseph Perrone, a cab driver around 8:30 p.m. on March 12 who came across from an unidentified stranger. The sixth note was found beneath a stone 100 feet from an outlying subway station.  Following their instructions, the doctor met an unidentified man named "John" at Woodlawn Cemetery, near 233rd Street and Jerome Avenue. They talked about negotiation. John agreed to the identification of the child.   Dr. Condon repeated his advertisements over the next few days, urging further contact and stating his willingness to pay the ransom.

Betty Gow, the Lindbergh nurse, discovered the infant's thumb guard, which had been worn at the time of the kidnapping, near the estate's entrance on March 29. Condon received the ninth ransom note the next day, threatening to raise the demand to $100,000 and refusing to provide a code for use in newspaper columns. On April 1, 1932, Dr. Condon received the tenth ransom note, demanding money ready the following night, to which Condon responded with an ad in the Press. On April 2, 1932, the eleventh ransom note was delivered to Condon by an unidentified taxi driver who claimed to have received it from an unknown man.As instructed in the eleventh note, Dr. Condon discovered the twelfth ransom note under a stone in front of a greenhouse at 3225 East Tremont Avenue, Bronx, New York.

Shortly after, on the same evening, Condon met with "John" to reduce the demand to $50,000, as instructed in the twelfth note. This sum was given to the stranger in exchange for a receipt and the thirteenth note, which stated that the kidnapped child could be found on the boat "Nellie" near Martha's Vineyard, Massachusetts. The stranger then proceeded to walk north into the dark woods. The following day, a fruitless search for the baby was conducted near Martha's Vineyard. Later, the search was repeated.Dr. Condon was certain that if he ever saw "John" again, he would recognise him.

The body of the kidnapped baby was discovered on May 12, 1932, about four and a half miles southeast of the Lindbergh home, 45 feet from the highway, near Mount Rose, New Jersey, in Mercer County. William Allen, an assistant on a truck driven by Orville Wilson, made the discovery. The head had been crushed, there was a hole in the skull, and some body parts were missing. On May 13, 1932, the body was positively identified and cremated in Trenton, New Jersey.The Coroner's investigation revealed that the child had been dead for about two months and died as a result of a blow to the head.

Hopewell Borough police and New Jersey State Police officers searched the house and its surroundings thoroughly. There were no adult fingerprints but the baby's fingerprints were discovered. Professionals examined the ransom note further and discovered that it was all written by the same person. They deduced that the writer was German and had spent some, time in America based on the strange English. The FBI then commissioned a sketch artist to create a portrait of the man they suspected of being the kidnapper.

Another method of identifying the kidnapper was to examine the ladder used in the crime to abduct the child. The ladder was not built correctly, but it was built by someone who knew how to build with wood and had prior building experience. The ladder was inspected for fingerprints, but none were discovered. Even slivers of the ladder were examined because the police believed that examining this evidence would lead to the kidnapper. They had a professional inspect the number of different types of wood used, the pattern created by the nail holes, and whether it was made indoors or outdoors. This would later play an important role in the trial of the man who kidnapped the Lindbergh baby.

J. Edgar Hoover, the Attorney General, and FBI Director contacted the Trenton New Jersey Police Department on March 2, 1932. He told the New Jersey cops that they could contact the FBI  for assistance. The FBI did not have federal jurisdiction until the President declared on May 13, 1932. In October of 1933, Franklin D. Roosevelt announced that the Federal Bureau of Investigation would assume full jurisdiction over the case. The New Jersey State Police offered a $25,000 reward for anyone with information about the case.

On March 4, 1932, a man named Gaston B. Means met with Evalyn Walsh McLean and told her that he would be crucial in retrieving the Lindbergh baby. Means told McLean that he knew where to look for the kidnappers because he had been approached weeks before the abduction about taking part in a "big kidnapping," and he claimed that his friend was the kidnapper of the Lindbergh child. He then persuaded Mrs. McLean to give him $100,000 in order to retrieve the child because the ransom money had doubled. McLean agreed to it. Every day, she waited for the child's return, until she finally realised that it was a mere conspiracy. He was reported and sentenced to fifteen years in prison on embezzlement charges.

Several ransom bills were spent throughout New York City over a thirty-month period. The bills were spent along the Lexington Avenue subway line, which connected the Bronx to the east side of Manhattan, including the German-Austrian neighborhood of Yorkville.

On September 18, 1934, a Manhattan bank teller discovered a gold certificate from the ransom; a New York license plate number (4U-13-41-N.Y) scribbled in the bill's margin allowed it to be traced to a nearby gas station. The customer was acting "suspicious" and "possibly a counterfeiter," the station manager had written down the license number.

The license plate belonged to a sedan driver Richard Hauptmann, an immigrant with a criminal record. Throughout the next day and night, Hauptmann was arrested, interrogated, and beaten at least once. He tried blaming it on Fisch, his friend who died on March 29, 1934, just a few days after returning to Germany. He explained that he had no knowledge of the crime or the ransom. When the police searched Hauptmann's home, they discovered a notebook containing a sketch of the construction of a ladder similar to the one discovered at the Lindbergh home in March 1932.

The phone number and address of John Condon were discovered written on a closet wall in the house. A crucial piece of evidence, a section of wood, was discovered in the home's attic. An expert examined it and determined that it was an exact match to the wood used in the construction of the ladder found at the crime scene. Two weeks later, on October 8, Hauptmann was charged with the murder of Charles Augustus Lindbergh Jr. in New Jersey.

He was turned over to New Jersey authorities two days later by New York Governor Herbert H. Lehman to face charges directly related to the kidnapping and murder of the child. On October 19, Hauptmann was transferred to the Hunterdon County Jail in Flemington, New Jersey.