The mystery of TRP Scam and Republic TV. 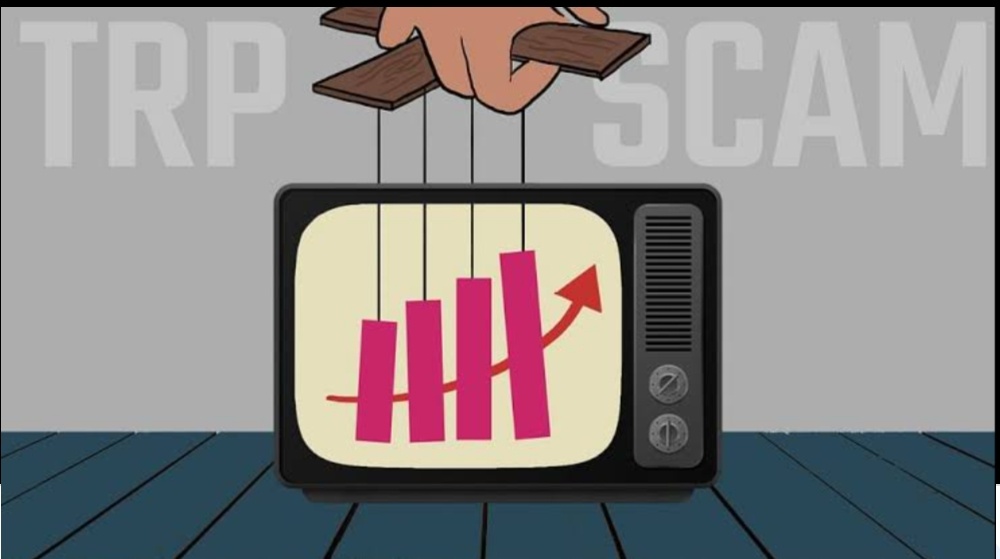 TRP is Television Rating Point which gives you an idea about which channel is popular, how many people are watching it and for how long. This metric is quite essential because it's all about money. The higher the TRP, the more advertisements approach you and drive revenue to your pockets because companies look for the most popular channels and offer them a lump sum amount to run their advertisements. People watch these ads and are intrigued to buy the product or avail services.

TRP is calculated by a tool named People meters/ barometers, installed in your set-top box, which then collects data about your screen time on Television. BARC installs these meters in about 45,000 households and for each member of the house, there's a different button on the remote. So, BARC (Broadcast Audience Research Council) could keep a track of different users from a family, having different age groups and their preferences when it comes to watching a program.

BARC uses Audio Watermarking Technology in barometers where information is embedded into a signal in the form of audio, video or pictures. A small portion of a picture or audio is recorded through it and then it is analysed by the monitoring team.

These 45,000 households are surveyed for a week and every week BARC releases data publicly, sharing the segment of the report based on audience demographics (age, race, employment, gender, etc.).

Broadcast Audience Research Council is the largest TV audience measurement company in the world, founded in 2010. It's an umbrella whose founding bodies represent Advertising agencies, Advertisers and Broadcasters.

The stakeholders are the Advertising Agencies Association of India (20%), the Indian Society of Advertisers (20%) & the Indian Broadcasting Foundation (60%)

It launched its TV viewership measurement service in April 2015

Can anybody manipulate the TRP?

Yes, the TRP can be manipulated. Although the data of houses installed with these special people meters are highly confidential, if somebody leaks this data then the Broadcasters of various channels might bribe the households to watch their channel throughout the day or they can also bribe the cable operators to make their channel as ‘landing page’, making the channel appear on their screens the moment they turn on their television.

Mumbai Police commissioner, Param Bir Singh on 8th October 2020 held a press conference where he claimed to have busted a TRP scam where 2 Marathi channels ( Box cinema and Fakt Marathi ) and Republic TV were paying money to the homeowners to manipulate the ratings.

BARC gave a contract to a company named Hansa Research to install 1800 barometers in Mumbai for the systematic monitoring of TRP.

The TRP scam was out in the air when Hansa Research filed a complaint against its ex-employees for misusing the data of the whereabouts of the installed barometers.

After the investigation by Mumbai police, 4 people gave statements to the magistrate that they were given money directly by TV channels such as Republic Tv and Box Cinema.

Several households in Mumbai slums were paid 400-500 a month to keep the channels on even if they don't prefer watching that particular channel.

In response to these allegations, Republic TV Editor in Chief, Arnab Goswami claimed that the channel is targeted and framed for its investigation in the Sushant Singh Rajput case.

The channel also filed a petition and demanded that their case should be heard by the supreme court instead of the high court. However, a bench of Justices DY Chandrachud, Indu Malhotra & Indira Banerjee told the TV channel's counsel Harish Salve that the jurisdiction works similarly for all and the supreme court won't interfere until and unless there's a response from the Mumbai high court. Later, Salve agreed to withdraw his petition and move to the High Court.

Considering the controversies, BARC announced in October to pause its weekly ratings for the next 3 months.

Was India Today a part of the scam?

As per the FIR, India Today was mentioned among the other names for allegedly manipulating the TRP but Mumbai police said that there was no evidence in the case of India Today, either from the accused or from the witnesses.

However, the BARC disciplinary committee ordered India Today Group to deposit a fine of 5 lakhs as their explanation wasn't satisfactory for an abnormal increase in the viewership of India Today, specifically in the region of Mumbai and Bangalore.

BARC said that the penalty is a first offense warning. In response, India today filed a plea stating that the order passed by BARC was without an appropriate quorum and evidence.

The High court accepted the plea and restrained BARC from taking any coercive action against India today. The court overruled BARC and said that the amount of Rs.5 Lakh should be returned to India Today.

A 1400 pages long charge sheet was submitted by the Mumbai Police's Crime Intelligence Unit before the Magistrate's court mentioning 12 persons as accused including Republic TV's distribution head and owners of 2 other channels.

A supplementary charge sheet of 3600 pages about the TRP scam case was submitted to the court against the former BARC CEO Partho Das Gupta, Republic TV CEO Vikas Khanchandani & former BARC COO Romil Ramgarhia. The charge sheet included statements of 59 witnesses, 12 experts including a forensic and computer expert as well as the WhatsApp chats between Arnab Goswami and Partho Das Gupta.

It also included a handwritten statement from Partho Das Gupta where he accepted US$12,000 from Republic TV Editor-in-Chief Arnab Goswami for two separate holidays and Rs 40 lakh over three years to manipulate ratings in favor of the news channel headed by Goswami.

However, Dasgupta's lawyer said that the statement must've been forced and denied everything written in the statement.

Apart from Republic, the audit report suggests names of other reputed news channels including Times Now and AajTak and lists instances of alleged manipulation as well as 'pre-fixing' of ratings for the channels by BARC’s top executives.

A second supplementary charge sheet of approximately 1800 pages was filed before the Court of the Metropolitan Magistrate at Esplanade, Mumbai by Mumbai Police against :

The charge sheet also mentions the alleged usage of LCNs and payments to numerous households by Arnab Goswami to tamper with the TRPs.

The Republic TV was paying money to Multi-system operators and cable operators for the dual LCN to boost its viewership.

The channel was allegedly using Dual LCN technology which means a channel running on two separate LCNs within the same cable operator’s/DTH platforms feed. In the past, many channels have complained about Republic using this method where a channel is listed on two frequencies within different genres.