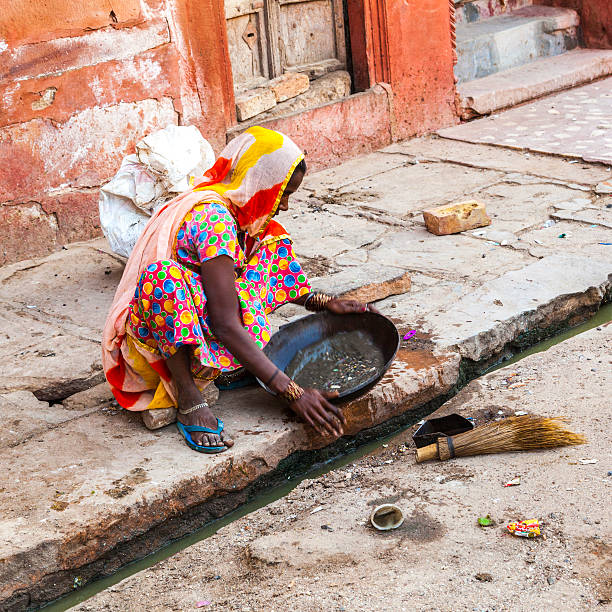 Untouchability is one of the most humiliating and dehumanizing practices that are prevalent in society even today. Reformers like B. R. Ambedkar and Mahatma Gandhi spent their lives trying to create awareness and abolish such an unjust and cruel practice in our country. But even after 74 years of Independence and 71 years after the abolition of the caste system, the incidents in our country make us wonder how developed we are.

The incident at Miyapur Village

Such an incident surfaced in the Miyapur village in North Karnataka's Koppal district. In the Miyapur village, a Dalit resident, Chandrashekar Shivappadasara, was fined a fee of Rs. 25,000 because his two or three-year-old infant strayed into a local temple. The 27-year-old Dalit villager stood his ground and decided to fight back. He took the matter to police officials after which five people have been arrested. Of the five people, all belonging to the OBC Ganiga community, one is the temple priest itself.

Shivappadasara shared with the media that after the announcement of the fine levied on him, the police officials called for a 'peace' meeting. These meetings are usually held by government officials. These so-called 'peace' meetings are likely to worsen the situations for victims. According to Shivappadasara's statement, he hesitated initially in filing the report as he was concerned about the torture and harassment, he would have to face from the Ganiga community villagers. But he realized later that they would target him anyway. Eventually, the state social welfare department lodged the police complaint on Shivappadasara's behalf.

"I was not interested in going against the villagers as it would put me in a tough situation but I realized they would target me in any case," Shivappadasara said in an interaction with the media.

The upper community oppressors tend to justify their behavior in the name of the greater good and societal welfare. Similarly, the members of the Gangia community in Miyapur village reverse blamed Shivappadasara for bringing a bad name to their village. They ascertain that these practices have been going on for generations to ensure the welfare of the village they live in.

The plight of the Dalits in Koppal District

The Koppal district has a total of around 630 villages including Miyapur. Out of the total population of 1500 people in the Miyapur village, only 91 are Dalits. They have to face these atrocities and injustices almost every day. Their entry into temples, eateries, and barbershops is prohibited. The villagers have also segregated the water tanks. To avail of any of these facilities, the Dalits have to travel to another place around 8 km away. According to the Dalits in the village, the atrocities against them are being ignored and are highly under-reported. Not only the villagers but the clergy and officials also follow the practice, as said by the locals.

Hiremani Galappa, a resident of the Koppal town, commented that along with the common public of the village the elected representatives also take part in this evil practice to secure their vote banks. They do not wish to upset these communities as it can hinder their political ambitions. Consequently, the majority of Dalits have to learn to adjust to these injustices and live with this shameful practice of untouchability.

What happened with Shivappadasara in Miyapur village of Koppal district is not the sole incident of untouchability in the district. These kinds of incidents take place almost regularly in the Koppal district. A few of the recent ones are –

·   Within days of this incident, another 24-year-old young Dalit man was charged with a fine of Rs.11,000 upon entering the Mahalakshmi Temple in Nagankal Village in the Koppal district itself. The priests and villagers claimed to use the money for purifying the temple.

·   In another incident, a Dalit boy was killed for being in a relationship with an OBC girl. He was a resident of the Koppal district as well.

Facts and Data on Untouchability

·   According to the data shared by the authorities of the Koppal district, a total of 169 cases have been filed under the SC/ ST act between 2018 and September 2021. Of these cases, 140 are currently under trial while none have resulted in conviction as of yet.

This is not just confined to a particular district or state. The whole country is a part of this evil practice more or less. This practice has its roots spread far and wide and people from states in the north to south are immersed in such practices.

·   According to a survey conducted by the National Council of Applied Economic Research in 2014, more than one-fourth of the countrymen accepted following the practice of untouchability. These people belonged to virtually every class and caste. Of these, the highest numbers were around 35% Jains, 30% Hindus, 23% Sikhs, 18% Muslims and 5% Christians.

·   In a survey conducted in 2016, more than two-thirds of the population in rural Rajasthan and rural Uttar Pradesh was reported to follow the practice of untouchability.

The major issue with these kinds of practices is that people have been led to believe that these practices are made and followed for their good as well as the collective well-being of society as a whole. They firmly believe that such systems of oppressors and oppressed are vital for the sustainability and smooth functioning of the societal hierarchy. Along with the upper castes, few lower caste populations too begin to believe that they are meant to be subjugated by the upper caste people. As a result, the whole system thrives with the consent of a majority of the people. And when sometimes tries to break through this system, he is brought down systematically at various levels.

All these incidents help to paint the true picture of the social environment of our country. After so many inventions and developments in various fields, we still lag in curating the systems of our society. Incidents like those in the Koppal district and many other areas in the country establish that an equal and just social structure is still a far-fetched dream in the case of India.