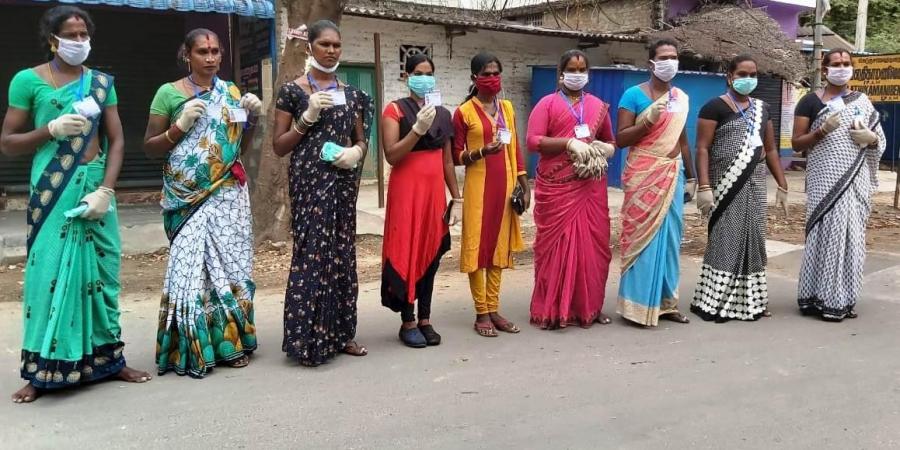 Gender dysphoria is considered, with a spurn behavior in our nation. The rights of these epicene are never emphatically considered. They are chaffed with the name ‘hijra', their slots are limited, which propels them to begging and prostitution rackets. They are never welcomed wholeheartedly, neither are they considered among ordinary humans. They have always been treated, as invisible from eternity. The continuation of this discrimination during the global pandemic has made the circumstances worse for them.  Gender dysphoria people have weaker immunity as compared to others. Rather than providing them with necessary aid, they are being pushed to a corner and given no help. Most trans people are daily wage workers who don’t even have money to buy their food.

This would be shocking to digest, but a mighty proportion of the trans population is lacking basic documentation like Aadhaar, ration card, voter ID, or even a bank account in their self-identified name and gender. So, they are legally not even part of the National population and, hence are deprived of government schemes related to social security, rations, and pensions. The famous Pradhan Mantri Garib Kalyan Yojana, which, is an ultimate hope for poor and needy people, has nothing to offer to trans people. Apart from the Kerala government, no state has talked about the security of the rights of these people. In Hyderabad, legit posters were made saying, ''do not go near a trans person as they may be the carriers of Coronavirus.”

Housing complexes are ordering them to vacate their homes as they could not pay the rent, and hence, they remain homeless and unprotected. Gender dysphoria alleged that when he went to a general store to buy a sanitizer, the shopkeeper gave him a look and asked him why does he even need a sanitizer. As if his life doesn’t matter. They are also victims of several hate crimes, and no one is taking any legal action. According to the 2011 census, there are around 4.88 lakh trans people, in the nation, who are registered citizens. What about those who are not even registered? Many of the nation's population is abandoned to fight this war against a deadly virus, just because the other so-called ordinary people believe that they don’t deserve to be treated, like other citizens. On sighting the injustice, someone has to take a stand.

A letter was penned by Grace Banu, Meera Sanghamitra, Karthik Bittu Kondaiah, and Rachana Mudraboyina, to the Ministry of Finance, Home Affairs, and Social Justice & empowerment demanding help as it reflected the plight of the trans people. It was signed by more than 2000 trans people saying that they comprehend the seriousness of the situation and respect all the protocols taken by the government. But being part of the country, they too want appropriate aids. Lockdown has had severe impacts on the livelihood, health, and food security of trans people all across the country.

They have requested to receive an income of 3000 rupees per month until the epidemic prevails. Also, trans people should be, included among needy people getting monthly ration kits to establish food security. No trans should be forced to pay the rent or vacate the house for non-payment during a lockdown. Essential medicines, treatments, and therapies should be, provided to them. Times like these ask for care, support, and unity.

Though everyone is waiting for the government's reply to the letter, it would be best if local people come together and take stands for each other. There is no time to discriminate among people and save the favorites. Everyone deserves to be treated equally, and everyone deserves to live. All Lives Matter and equally matter. The right to life cannot be so biased and vague to make the survival.

World on red alert as Omicron looms in the unknown; Here’s everything you need to know about the worst ever strain to be ever detected