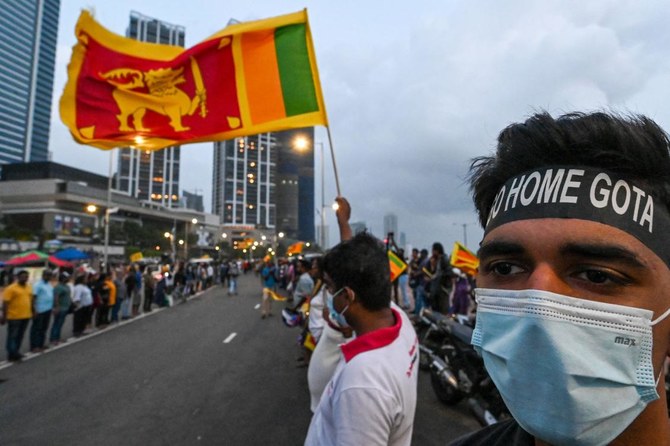 Following up on the worst economic crisis affecting the island nation, Sri Lanka’s Prime Minister Mahinda Rajapaksha resigned from his position on Monday, 9th of May. His resignation met the demands of anti-government protestors rallying for his removal owing to mismanagement by the ruling party leading to the depression the nation is currently facing.

Ranil Wickremesinghe was sworn in as the Prime minister on Thursday evening.

Following the departure of Rajapaksha, pro-government mobs brutally attacked the peaceful rally led by anti-government protestors on Monday, leading to the death toll mounting up to nine and statistics reporting over 200 casualties.

A travel ban has been issued against Mahinda Rajapaksha and his allies by a Sri Lankan court amidst the inspection of the violent clashes.

The “Gota Go Gama” village tent, the center of the protests leading across the nation, was attacked by government loyalists, some of them being armed with iron rods. During a clash with anti-government protestors, a ruling party MP (legislator) Amarakeerthi Athukorala opened fire, which ended up gravely injuring two people blocking his car in Nittambuwa.

He was later found dead taking refuge in a nearby building. The residencies of many lawmakers were vandalized, and the protesting mob set the President’s ancestral home ablaze.

These protests have been going on for over a month, with protestors being angry over the mismanagement of the nation’s constituency leading to the grave economic crisis. There is a shortage of fuel and food items and regular power cuts. This fallout can be attributed to the inefficiency in the administration.

Firstly, the country is highly dependent on imported goods for necessities. With the nation’s low foreign reserves, importing essential items has become difficult. This led to the prices for basic commodities soaring high, thus leading to inflation.

The downfall of the foreign reserves of the nation can be attributed to the country incurring massive debts due to a reckless amount of borrowing from foreign agencies.

Coming to the tourism sector, 12% of the nation’s GDP is contributed by it. But after the Easter bombings that took place in 2019, killing over 250 people, and following the pandemic, the entire sector shut down.

During his campaign in 2019, the President promised to cut down taxation to enable economic growth. This scheme backfired considering that the consumption went down during the pandemic leading to revenue loss.

Lastly, the government turned to organic farming by banning synthetic products like pesticides and insecticides being imported. The aim of the same was to reduce revenue loss. But this decreased the self-sufficiency of the production of staple items, and the nation had to import rice for $450 million.

The nation has turned to its neighboring countries like India and China to provide it with credit lines to cope with this setback brought upon the nation. The Indian government supports Sri Lanka by lending over a billion-dollar credit line for food and a $500 million credit line for fuel.

Hopefully, with the new constituency, the nation will cope with the grave calamity and bring about measures to counteract this crisis.