The Race To The Unknown Ground 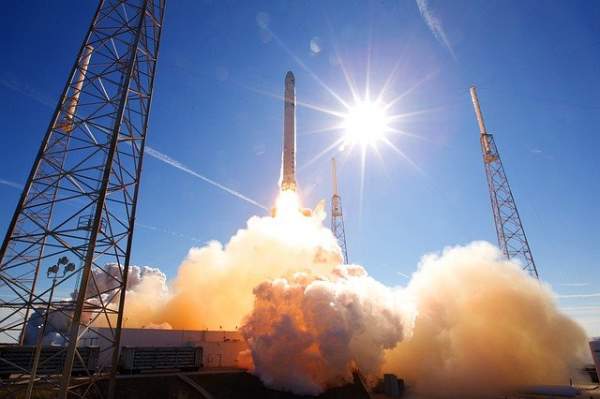 5-4-3-2-1...The countdown leaves all men more suspicious, curious, impatient, and eager to know more about what lies beyond our earth's atmosphere. Our thirst to gain more and be more, increases daily with questions like- how many galaxies and planets exist beyond the milky way galaxy? Are black holes factual? And is there another life somewhere out there? All these remain unclear, with answers given based on scientific conclusions. Yet, can we base our answers about such vital information on our current findings? No way! We need solid evidence to settle such a cardinal score. The concrete evidence we long to have will only be found out there, somewhere hidden in outer space.

On October 4th, 1957, the Soviets launched the first official satellite Sputnik 1. Four years later, in 1961 April, Russia's Yuri Gagari became the first man to orbit Earth in Vostok 1. The USA in 1958 made the same move and launched its first satellite into space, but a new target by President John F.Kennedy in 1961 lead to a vital step, and on July 20th, 1969, astronaut Neill Armstrong became the first man to step on the moon.

Between 1969-1972, six Apollo missions, and expeditions have been made to explore the moon, and since then, many satellites have been launched into space for different particular reasons. Thus a clear desire of humans being made clear with each launch. And the race into the ‘unknown ground ’ keeps getting vast with more states gaining interest in the same field. Countries like the USA, Russia, China, Japan, Canada, and India are already onboard.

So, one of the notable scientists- Stephen Hawkins, whose studies focus more on black holes, has left lots of questions begging for answers. His unshaken desire and worries about the extinction of the human race undoubtedly left most humans alert on one thing- '' The Prophecy'' Will it come to pass? Hawkins's principal idea was based on the need to colonize another planet as a proactive measure to secure the human race's safety in the coming future. But what were his reasons? Is colonizing another planet the only solution?

Despite giving credit to the new developing artificial intelligence (the machines), he also stated this as one of the many reasons that will lead to our doom, the end of the great human race if the constant improvement and intelligence given to the machines comes to surpass our intelligence and knowledge. Can this be true? Time will tell.

His other reasons were irreversible climate change whom effects are currently and, gradually felt as time moves on with endless GM viruses and nuclear wars. Elon Musk, one of the prominent magnate comments on the same, brought some attention towards the indistinguishable and left us more curious if not warned. ‘'Either we spread globe to other planets, or we risk going extinct. ''Annihilation is inevitable, and we are increasingly digging ourselves. Different people took Hawkins's words contrastingly. Many others agreed with his arguments, while others took it as an exaggerated form of expression to the unknown but are they true?

Most things discovered and invented started as an idea from someone's imagination which turned into a goal and later came into existence, and maybe all the space theories started on the same basis. The unwavering focus on finding more answers to what lies beyond our Earth-based knowledge and the hunt to finding more exoplanets is still on and now even fascinating than ever due to the recent findings.

The exoplanet was first detected in 1990. And NASA'S Kepler telescope is constantly laying a stronger foundation to this since 2009. Since the official launch, more galaxies and 4322 planets have been found and prove there is existence out there. NASA has used different methods to locate the planets;

The transit method had located 3325 planetoids

Radical velocity-wobble, which studies the cyclic change in the light spectrum of a star, has found 837 heavenly body

In April 2018, NASA launched the TESS telescope, which replaced the great Kepler.

With the launch of the Characterising Exoplanet Satellite, and the CHEOPS telescope by Europe, more detailed information about the discovered planets, would be achieved.  This launch acts as a follow-up machine that studies the already found exoplanets and is expected to give data on based factors such as planet size and compounds found on the planets such as water,  methane, and ice content with other features.

With this kind of information, researchers can carry out proper investigations. Topics such as the existence of life somewhere in outer space will have answers.  But will this quench human's eternal desire to know more? Will it create a greater craving and curiosity into studying more? More expeditions are on, and the plans of some are already underway and settled. And hopefully, what lies out there will not only be the story in the comic books and films but a reality that will open the human understanding of the universe to the next level with the gradual advancement of technology.

The only information we hold on to is just but a tip of an iceberg. And hopefully, the forecast and dreams of the great Hawkins will come to pass. Including the colonization of the new planet but, that won't be very soon as this is only the start. The study of Mars is in progress and, a keen analysis of the planet is still ongoing,

What do you say about this? Will we manage all this? or is there some intelligence out there against the hunt?

Image by SpaceX-Imagery from Pixabay