The surge in Mucormycosis cases causes an acute shortage of Amphotericin drug; states in the mode of panic 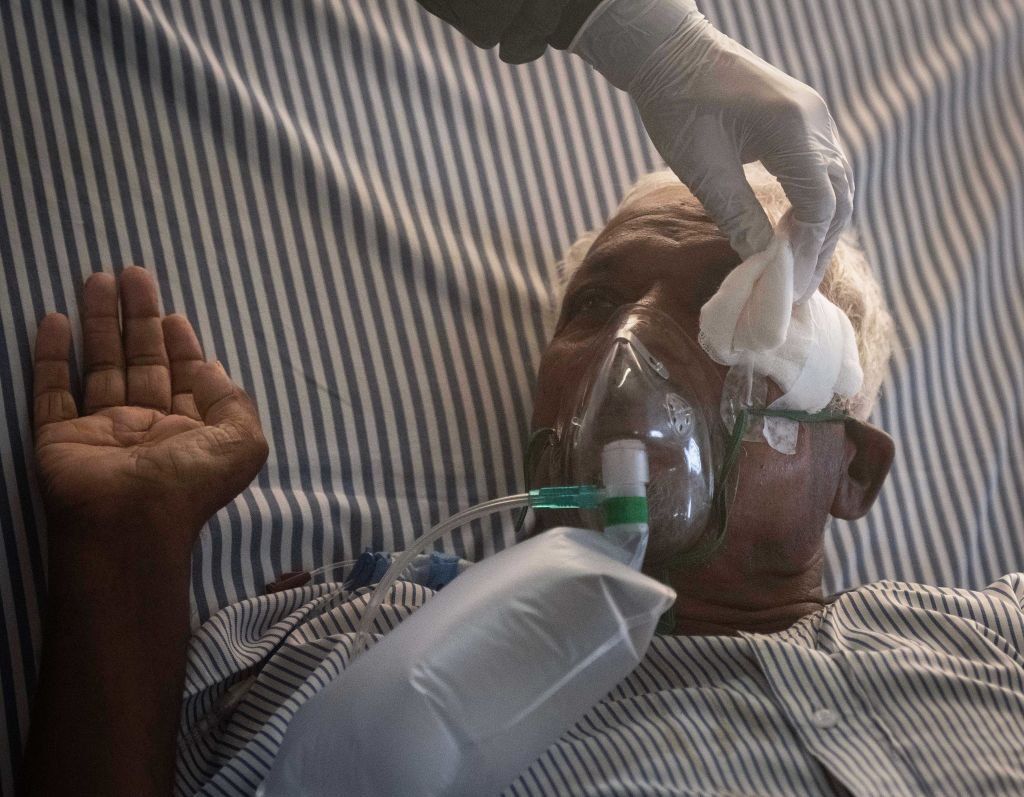 Centre receives complaints about the acute shortage of Liposomal Amphotericin drug as states suffer from a shortage. Delhi High Court asks with a “heavy heart” to prioritize the younger generation for treatment.

As the second wave of COVID19 abates, potentially contagious Mucormycosis with over 9,000 cases is risking the lives of many across India. Reports on “Black fungus” also known as Mucormycosis show that it is triggered by COVID19. As per the multiple cases of fatal Mucormycosis, it especially affects patients with medical history in transplants, ICUs, diabetes, and immunodeficiency.

Union Health Ministry has asked all states and union territories to declare black fungus notifiable disease under the Epidemic Diseases Act 1897 on Thursday. Vardhan said that 86% of infections have a history of Covid-19 and 62.3% a history of diabetes.

According to Health Minister, India had recorded over 28,252 cases of Mucormycosis from 28 states. The sudden rise in the cases has caused panic among people. It has led to the excessive purchase of Liposomal Amphotericin B drug which is used in the treatment of black fungus.

The exponential growth has resulted in an acute shortage of expensive drugs. Not only Amphotericin B injection but also other fungus-related products like Posaconazole tablets face an acute shortage. West Bengal and Haryana governments have notified the Centre of the drug shortage.

Amphotericin is the base medicine for Liposomal which is the drug delivery system. The treatment with Amphotericin requires 90-120 injections in 4-6 weeks. This can cost around Rs 5 lakh-8 lakh. If the Centre needs to provide treatment to over 9000 patients, it requires 9-10 lakh injections which will rise with time. The drug is manufactured by Bharat Serums and Vaccines, BDR Pharmaceuticals, Sun Pharma, Cipla, and Life Care innovations.

Here is the list of states with the highest number of black fungus:

●        Maharashtra: The state has 6,339 total cases of Mucormycosis. Overall a total of 1,450 persons have recovered while 4024 are under treatment. There are 1,151 cases in Nagpur with 95 deaths and 802 in Pune with 47 deaths. Other cities like Mumbai records 3019 cases, Solapur records 326, Nashik records 350, Aurangabad records 702, Ahmednagar records 218, Sangli records 209 and Thane records 205 cases. Under the state‘s flagship scheme Mahatma Jyotiba Phule Jan Arogya Yojana and Pradhan Mantri Jan Arogya Yojana, patients are availing treatment free of cost.

●        Tamil Nadu: According to the TN Health minister, the state has crossed 1,000 cases of Mucormycosis. Minister of Medical and Family Welfare said that it requires 35,000 vials of Amphotericin B but has received only 3,060 vials for treatment so far.

●        Haryana: The state has recorded 951 cases of Mucormycosis with more than 84 deaths in Haryana. Gurugram records 237, Rohtak records 224 and Hisar records 220 cases as of the latest reports.

●        Delhi: The national capital has registered 203 cases of Mucormycosis with one death.

●        Uttar Pradesh: The state has recorded 169 cases of Mucormycosis with eight deaths. All of the deaths recorded are from Lucknow.

●        Uttarakhand: The state has recorded 299 cases of Mucormycosis with 47 deaths. At least 11 cases of another fungal infection named aspergillus have been detected in Dehradun.

●        Karnataka: Over 1700 cases of Mucormycosis have been reported in this southern state so far with 62 recoveries. The state suffers an acute shortage of Liposomal Amphotericin B.

●        Rajasthan:  The state has recorded 2,651 cases so far with 85 deaths. A maximum number of cases were reported from Jaipur, Jodhpur, Kota, and Udaipur.

As per the Centre’s data, only 67,930 injections of Amphotericin B have been allotted so far to the states from May 10-31. Maharashtra FDA officials have said that it requires 3 lakh injections per month. Till now they have received only 21,590 injections from the Centre.

Black fungus has created panic among people. Given the circumstances, ICMR informed Delhi High Court that there is another medication available for the treatment of Mucormycosis while submitting policy on the distribution of Liposomal Amphotericin B drug. ICMR said other amphotericin formulations can be used as “supplementary medicines to reduce toxic effects.”

The court said there is a 66 percent shortage in the availability of drugs even when there is an exponential growth in the cases recorded. Citing the data, Delhi high court has given direction to the Centre to give priority to patients of the younger generation who are the future of the country.

The court has asked the Centre to make a policy on the distribution of Liposomal Amphotericin B drug according to the directions given.

As a response to the shortage, the Centre said that domestic production will increase up to 2.55 lakh vials in June. In addition to this, 3.15 vials will be imported.