The Upheaval Of Science In The Face Of Covid19 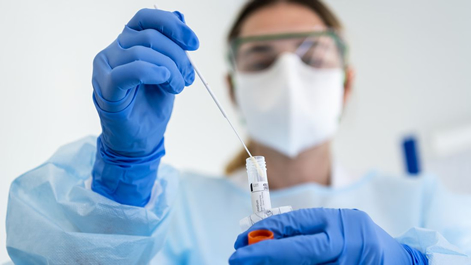 The COVID-19 pandemic has spread around the world, supported and assisted by millions of people — including some of the most powerful politicians in the world — who declined to obey the alarms of public health and scientific experts. But this is the catch. Humans are the most complex people to deal with. People reject scientific proof all the time when facing up to them is the more alarming choice. It is not surprising that they now doubt science in the face of the deadly Covid19. But science is real whether we approve of it or not, and refuting it damages the whole of human society.

The recent pandemic emergency has changed science, and it's still changing scientists and their researches globally.

Medical practitioners, strategy makers, and health ministers are seeking the latest scientific discoveries to aid them in making sudden life and death judgments. The scientists are working overtime, and publications are popping up in various sites, charts, and bills. Some don't live normal lives anymore, all in a bid to find the necessary treatment.

As nations encounter the cascading impacts of the Covid19 pandemic, people everywhere are afraid, leading to wrong interpretation of scientific research. Every facet of everyday life has been dramatically disrupted by the disease including health, finance, education, transportation, and community.

Running through all of this is a fear scientists face daily since the outbreak. This uncertainty generates an emotional state of anxiety about a lack of knowledge of the masses on the pandemic, the works been by science to end the pandemic, and control over the situation. Science is certainly worried about the present and future threats this pandemic may pose with a poor understanding of their researches being circulated.

Ample of this anxiety pertains to the essence of a tale pathogen, especially a potentially deadly coronavirus with exceptional person-to-person transmission. No human has previous experience with it, pathologically, scientifically, or otherwise, and there’s still much to understand about its outdoors origins and disease dynamics. Originating without any human record or even a name, the global introduction of SARS-CoV-2 (the virus that induces COVID-19) might come across too many like the opening of an epic blemish movie.

The uncertainty about COVID-19 is linked to the improper circulation of wrong information that is circulating about it – especially misrepresentations of danger to the populace, who respond more fearfully when kept from the truths. Scientific research portrays optimistic opinions that have alarming effects when they run counter to reason, fact, and information, and mixed with sincerity and inconsistency, they’re utterly terrifying.

In contrast, scientific findings and projections about the disease, however frightening, at least shine some light into the perilous shadows but with the misinterpretations of scientific research, the lights are still dim. Thankfully, with a constant spurt of open data via pre-prints, hastened publications, and online storages, all kinds of research aids and products are widely and voluntarily available for consumption by the masses.

These include hundreds of SARS-C0V-2 genomes to structure and evaluate diagnostic tests, statistical analysis to guide Covid-19 management, and public health decision-making. There are also user-friendly tools to visualize and track Covid-19 cases in real-time made available by scientists and research institutions.

Carl Sagan defines the essential role of science in society. He defines the role of science as a tool of knowledge, science also has a secondary function as an antidote for fear. “For much of our history, we were so fearful of the outside world, with its unpredictable dangers, that we gladly embraced anything that promised to soften or explain away the terror,” Sagan writes in The Demon-Haunted World: Science as a Candle in the Dark. “Science is an attempt, largely successful, to understand the world, to get a grip on things, to get a hold of ourselves, to steer a safe course.”

According to Rutherford, science is the most useful tool we have for exploring the natural world and the universe around us, especially at this critical time that the world seems to be in dilemma. If we want to comprehend how any physical system works, all we have to do is investigate it scientifically; by inquiring the right questions about itself. That means performing investigations, measurements, and observations — under the right, relevant, regulated conditions — to reveal the answers.

It is believed by many that scientists have learned from their sluggish responses to previous outbreaks. Many others believe that they haven't learned anything yet. In an examination of research carried out during and after the Ebola outbreak of 2014-16 and the Zika outbreak of 2015-16, Marc Lipsitch, an epidemiologist at Harvard now working on covid-19, looked at just how sluggish those responses were.

He found that, where preprints had been accessible, they appeared around 100 days before journal articles that had eventually been published on the same work. Unfortunately, less than 5% of all the journal articles published about the two outbreaks had been preprinted. Dr Lipsitch proposed that preprints form a bigger part of a faster information “ecosystem” during forthcoming catastrophes. And his wish, it appears, has been granted.

The two biggest relevant preprint servers for covid-19 are bioRxiv, set up in 2013, and medRxiv, launched in 2019, both of which are run by Cold Spring Harbor Laboratory in New York state. (The “x” in the names represents the Greek letter “chi”, making them pronounceable as “bio archive” and “me archive”.)

BioRxiv is for general biological related sciences. MedRxiv is focused on health and medicine. As The Economist went to press the two servers featured, between them, 2,853 articles about SARS-CoV-2 or covid-19. Another 789, had been posted on arXiv—at 29 years of age, the granddaddy of preprint servers—which belongs to Cornell University and specializes in maths and physical sciences.

Anyone can submit a paper to one of these servers and see it made accessible to the world within hours. Submissions are given a cursory check, to weed out opinion pieces and to ensure that they have the parts expected of a scientific paper—an abstract and sections describing methods and results. If the topic is questionable, the checkers may flag up unusual claims. But beyond this, they do not attempt to review the scientific contents of the paper. Once a preprint is online, anyone with access to the internet can read it and, if they so wish, leave detailed observations.

It’s a credible fact that science is always a work-in-progress. Occasionally, new data comes along to reverse the previously established agreement. Sometimes, flaws are found, in the data, procedures, or examination of what we thought we had understood, altering the findings. And sometimes, effects that had once been ignored turn out to be important, altering what we thought we knew. Whatever the case may be, we need to trust science and it's guiding research to find a lasting solution to the Covid19 pandemic.