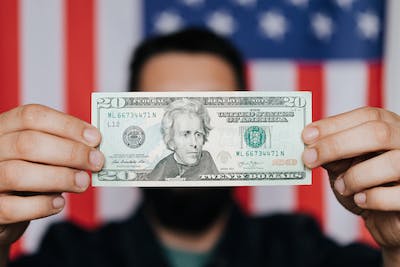 The United States Federal Reserve is purposefully trying to keep the GDP lower because they are worried about inflation. This sort of backward thinking is what makes many think we are in a recession. In the capitalist system, economic growth is meant to be the epitome of the free market.

In laissez-faire, it is believed that "the rising tide lifts all boats," meaning that an improved economy would benefit everyone. It is said that when the economy does better, we all do better. Then why would a capitalist system act this way?

That’s why it does not make sense for the U.S. Federal Reserve to dislike an economic growth of 3.2%. The Federal Reserve is trying to raise interest rates in order to cool the economy. However, the problem is that the economy refuses to be cooled, and the rate of growth keeps rising.

The reason for the increase in rates is directly tied to inflation. But what is inflation, and why should we be worried about it? Inflation means the rise in the prices of goods and services in the economy.

Inflation is the result of printing more money, leading to more money circulating in the economy. When there is more money, things lose their value and cost more in general. Without a money printing mechanism, there would be no inflation because the money would always have the same value.

We should worry about inflation because it means that money is losing its value, and the money saved today will become less valuable tomorrow. Inflation erodes the consumer's purchasing power.

Printing money was originally a way to help the economy do better and grow. When the Federal Reserve prints money, the money is lent out at a certain rate to people who are low on funds and can help fuel the economy. Inflation is an inevitable result of printing money.

Although high inflation, and especially hyperinflation, can be disastrous, inflation can be offset by other programs not involved with printing money. One of these programs was aptly called the Inflation Reduction Act.

We can do other things to fuel economic growth, such as creating government programs that put people to work doing much-needed jobs. The issue now is with the new congressional majority, which says we cannot spend any more money. That is frankly, a lie.

The United States has a balanced budget, and it is not at risk of running out of money. Balancing the budget on the backs of the poor will cause a recession or even a depression, but we can avoid this situation. Right now, many people are buying into the idea that we can't spend any more money to help the poor, and this is a pernicious lie that is echoed by the mainstream media.