The Wave Of Anti-Feminism Before Aurat March 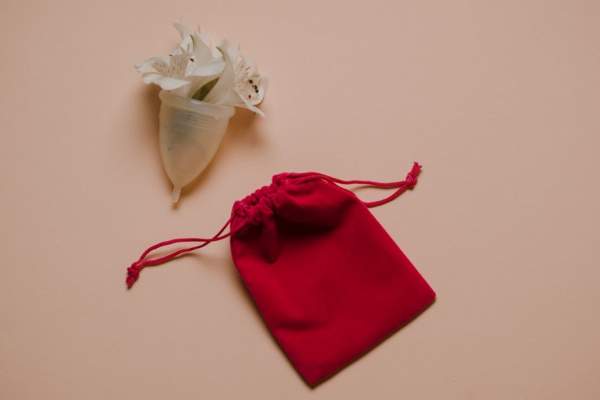 On February 21, Pakistani Twitter was trending with the hashtag- بیہودہ_مارچ_بند_کرو# (Close down the obscene march). This is not the first time the famous Woman’s March (Aurat March in Urdu) has faced opposition from conservative sections of Pakistani society. However, this year, sitting ministers have been in the limelight in this context.

On February 17, the Minister for Religious Affairs Noorul Haq Qadri submitted a request to Prime minister Imran Khan to declare 8 March as International Hijab Day. In his letter, he stated that “We collectively accept that Islam extends a complete code of life and there is no alternative to it. No one should be allowed to question Islamic values, norms of society, and hijab. The Aurat March held in connection with International Women's Day, demonstrate acts that hurt the sentiments of Muslims in the country," the minister wrote.

The minister further added that the proposed International Hijab Day should be used to highlight the treatment of Muslims in India. He further expressed that the religious freedom of Muslim women and their struggle for basic human rights should be on the agenda.

This letter rendered a lot of criticism on social media as well as from other sitting ministers. Senator Sherry Rehman of Pakistan People`s Party tweeted to PM Imran khan: “Such statement from a federal minister is strange. What will you gain by imposing a ban on a march by unarmed women?” She further added, “No one restricts women in Pakistan from celebrating a hijab day yet, we condemn India's attitude, but you talk of women`s freedom and banning women's march in the same breath.”

Another far-right group, JUI-F, threatened to use violence if Aurat March is organized across the country. This threat came when JUI-F was protesting against India`s hijab row. According to Abdul Majeed Hazarvi of the JUI-F Islamabad, Aurat March spreads “obscenity in the name of women`s rights.”

Addressing the controversy Federal Minister of Information Fawad Chaudhry stated that as long as there is no hate speech, violence, or inciting torture, we cannot police citizens for their views or clothing, adding that bans are applicable to only those who are promoting violence.

In the Islamic doctrine, there is a proper code about many rights but most importantly the right to the inheritance which gives them financial independence and social equality in the society. However, despite the addressing of this issue in the Quranic edicts as well as in State legislation, this aspect is unenforced resulting in exploitation and discrimination. This practice of depriving women of their right to inheritance is undefinable in Islam and the Islamic Republic but certain sections of the society give this practice the warrant of being a societal norm.

The norms these far-right groups are trying to label as Islamic is similar to the old British law of primogeniture, according to which, the eldest son has the right to claim most, if not all, of the real estate, excluding daughters or even younger sons.

A different faction of the JUI headed by Molana Sameeullah called for the dismissal of the Sindh Assembly that passed the bill against forced conversion. He stated that, “The government of Sindh is transforming the province into a land of infidels with such un-Islamic decisions." He demanded the governor rule over the province.

According to the agreed bill, no person shall be deemed as a convert until reaching a certain age of maturity. In Sindh’s case, it is 18 years. This should eliminate the cases of minors converting from their religion into Islam and the other way around. However, those who deem this bill as un-Islamic have found a loophole in Sindh`s provincial law.

The law of Sindh considers 18 years as the age of maturity, but the law in the province of Punjab recognizes 16 years as mature. Most Hindus who live in Pakistan are from the province of Sindh. These abductions and forced conversions for marriages take place in Punjab to minor Hindu girls who are smuggled out of Sindh. A bill to extend the age of maturity in Punjab was blocked by the same far-right groups who argue that age of maturity does not matter if a person is agreeing to convert on their own accord. There are several other loopholes that are used by the far-right groups to further bypass the laws.

The reasons, behind these conversions, also have a fair share in the economic aspects, like the inheritance practices. The Pakistani Hindus who are the victims most of the time come from scheduled castes who are trapped in generational poverty and regressive feudal laws. The upper castes of Hindus do not marry into lower castes which makes it even harder for the scheduled castes in terms of social mobility. According to Krishan Sharma, a Hindu member of Parliament, some clerics offer these families trapped in generational bondage a chance to escape the life of bonded labor by converting. This guarantees freedom, financial security, and social mobility. The debts of such families are written off by the feudal lord and job placements cement the financial freedom.

The first Aurat March was held in Karachi in parallel to the Pakistani #metoo. Symbolically, the event took place at Frere Hall, a colonial landmark in Karachi city. Since its inception in 2018, the Aurat Marches have become a symbol for equal rights, generating intellectual capital through its constant struggle in the face of criticism and threats of violence.

This year, while facing increasing pressure and criticism as the movement is taking momentum and getting support from the older population, the theme will be different across three different major cities. This reflects the diversification of the movement and de-centralizing to various socio-economic sections of society.

The three themes this year will be around reimagining justice, land right, and labor laws. However, regardless of the efforts to introduce gender issues into the mainstream, the march participants and organizers have drawn criticism on the premise that the march advocates "obscenity" and "hooliganism".