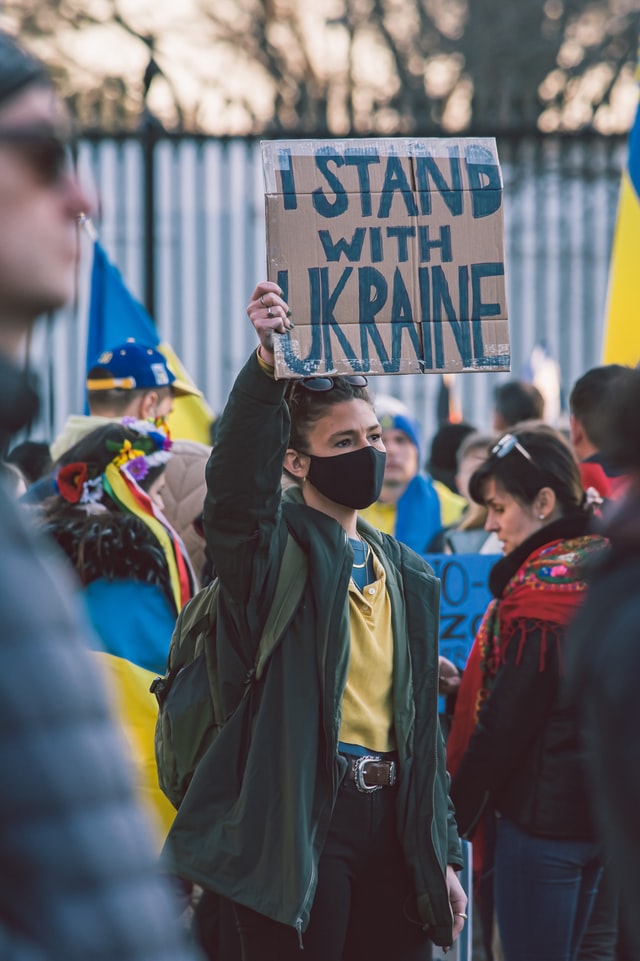 The war between Russia and Ukraine has taken a lot of lives and is causing immense devastation to the Ukrainian people. The Ukrainian President Zelenskyy, has been boosting the morale of his people through his powerful speeches, not only uplifting his people through this perilous time in their country but also reminding the world of the strength of Ukrainians. Ukraine is facing unlikely odds in the Russian invasion, but President Zelenskky refuses to back down. Civilians are taking up arms to protect their homeland and neighbors, whilst the Russian army is facing massive resistance, which evidence suggests they were ill-equipped for. Meanwhile, Russian President Vladamir Putin has been under intense scrutiny, and his country is facing massive repercussions because of his decision to invade Ukraine. Whilst all of this is happening, the Western world is watching, and though it is hesitant to launch an offensive against Russia in order to preserve peace, many Western countries have economically punished Russia through sanctions that are devastating the Russian economy and causing the value of the ruble to fall.

Whilst the issue of the Russian invasion of Ukraine is the main topic of the news, a lot of the media is also covering the Western response (America and Western Europe) to this invasion. After all, it was only three years ago when President Trump of the United States and Vladimir Putin were shaking hands and seemingly forming a strong bond between one another and both of their countries. Now, the new President of the United States, Joe Biden, has not only called Putin “a man with no heart”, but according to CNN, he has taken measures to weaken the Russian economy. Yet the response from the new presidential administration is not the only thing of interest. Anyone following US politics knows the heated political fight between the United States’ two major parties, the Democrats and the Republicans. The Democrats are the party that leans to the left of the political spectrum and the Republicans are the one that leans to the right of the political spectrum. And yet, one issue that both parties seemingly agree on is the Russian invasion of Ukraine. Conservatives on Fox News have been criticizing Biden for not being hard enough on Russia and are imploring him to ban imported Russian oil, which he eventually did on March 8th, 2022. President Joe Biden has publicly announced his favor for Ukraine in this conflict and imposed severe sanctions on the Russian economy which has fallen 40 percent. One US senator has even called on Russian citizens, who are protesting in mass against the Russian invasion, to kill Russian President Vladamir Putin.

But why all of this reaction? America was founded as a country that respected individual liberty and the right to live one’s life according to one’s own morals and principles. Americans value freedom more than anything else, and it’s part of the reason why many Republicans have been successful in many elections as their party message focuses primarily on this strong, American value. And what America sees in this Russia-Ukraine conflict is a dictatorial country trying to take over another country and kill whoever stands in their way.  From its time under Tsarist rule to the present day, Russia has been a country that has disregarded basic human rights such as freedom of speech. Gay marriage continues to be illegal in Russia, and even mentioning gay people to children is enough to send one to prison in Russia. There is little political freedom in Russia, and many of Putin’s political enemies have been killed, poisoned, or jailed. Russia has not been seen favorably in the US for a very long time, and if Russia were to take over Ukraine, Americans fear Ukrainians will experience the lack of freedom that Russians face every day.  Russian protestors were even arrested trying to protest the war against Ukraine. Not to mention, the US and many Western countries know Russia’s elections to be faked in Putin’s favor, and both parts of the world have experienced Russia meddling in their past elections. All of this has created a lot of anti-Russian sentiment in Western European countries and in the United States.

Not only is Russia seeking to subject an entire country to the will of one man, but it is also destroying entire villages, hospitals, and schools as it attempts to take over Ukraine. For all of these reasons, a large percentage of Americans and Western Europeans have turned against Russia and are actively hurting Russia economically, two of the only peaceful options they have to show their protest against this war. 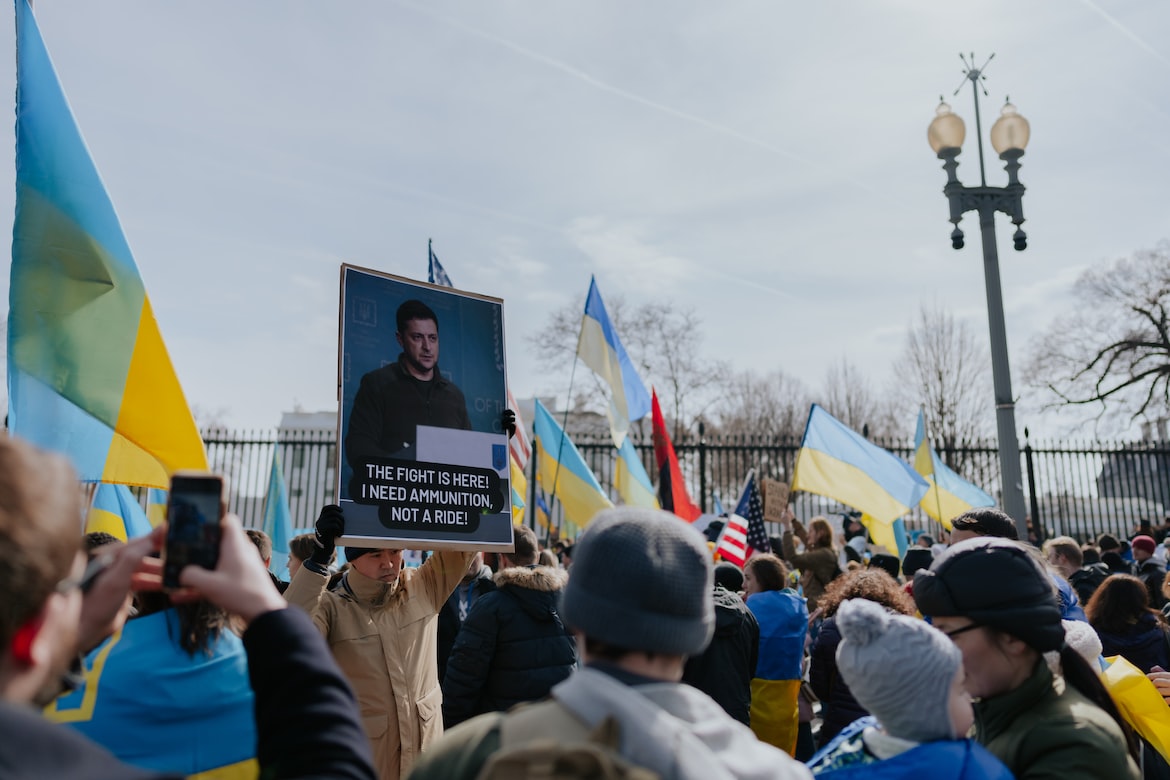 Americans on all sides of the political spectrum agree that more has to be done to show American opposition to this war. Even liberals have taken to criticizing Biden for not doing enough about the Russian invasion of Ukraine. However, one thing that most Americans and West Europeans agree on is that they do not want war.

Last year, the United States withdrew from Afghanistan which fell into the hands of the Taliban after a decrease in US military force in the country. Most Americans agree that the withdrawal from Afghanistan was horrible, but the consensus for Americans was also that they did not want to stay in Afghanistan any longer. Many also agreed that America spent too much time in Afghanistan to begin with, and both Former President Trump and current President Biden found the Afghanistan withdrawal one of the only issues they could agree on when they ran against one another in 2020. The consensus is clear, Americans are tired of fighting wars on foreign soil and are tired of losing family members and friends to wars like the War in Iraq. Because of this, Americans do not want to get militarily involved in another war, and they would rather help indirectly by giving more aid to Ukraine and harming Russia politically and economically.

Europe seems to be in agreement with the American sentiment towards Russia, and leaders of the EU have praised Zelenskyy as a wartime president. Indeed, it does seem that many Americans and Europeans who follow world politics have taken a strong liking to Zelenskyy and see Zelenskyy as a courageous and emphatic leader. At the current moment, the Biden administration is considering other measures on how to deal with this crisis, and West Europe is sending supplies over to Ukraine. President Zelenskyy and his team are doing what they can to repel the Russian army and have pleaded with their allies to send military aid (including weapons) to their aid.  Everyone in the geopolitical arena knows what’s at stake, and many are worried that Ukraine may no longer exist by the end of the month. For now, all the rest of the world can do is wait and see how far America and Western Europe are willing to go to help Ukraine.