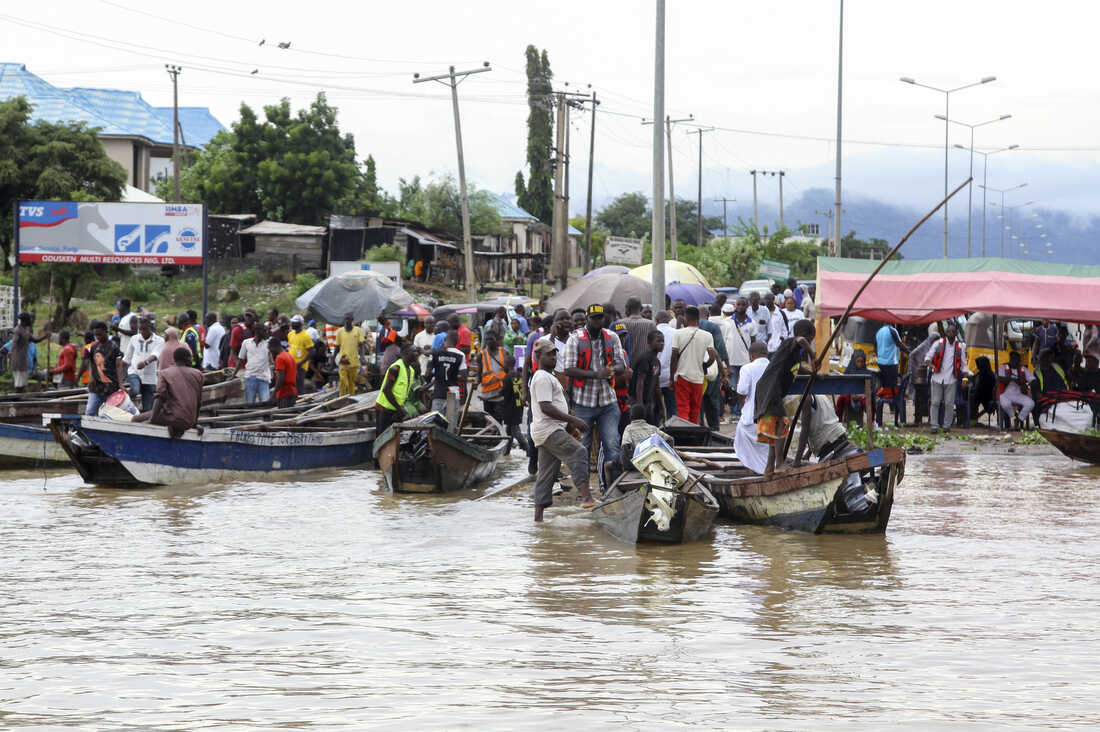 This paper examines the devastating flood catastrophe that has ever occurred in Nigeria's history and the effects it has on the country’s food supply. It also explains how the Nigerian government is handling the nation's current problem.

Nigeria is experiencing the worst flooding in over a decade. This has resulted in the displacement of 1.3 million households, the deaths of 600 people, and the destruction of more than one million acres of agriculture and crops. The flooding occurred towards the end of September 2022, and it is predicted that the magnitude and severity of this current flood will surpass the flooding that Nigerians witnessed in 2012.

According to an article by Muslim Hands, the flooding this year results from the annual heavy seasonal rainfall. However, rain has been steadily falling this year since June, culminating in severe floods expected to last until November. Other factors have also contributed to the devastating flooding that has engulfed the nation, but climate change is the primary cause.Other contributors to the flooding included inadequate drainage systems for removing stormwater. Insufficient waste management frequently results in residents depositing trash in gutters, obstructing the flow of water and causing them to overflow. When areas are flooded, the water is commonly contaminated with waste, resulting in unsanitary conditions that adversely affect the environment and the residents. Ineffective urban management results in the unplanned development of new neighborhoods.

Flooding has caused devastation in 33 of Nigeria's 36 states. The areas of Anambra, Bayelsa, Cross River, Delta, and Rivers in southern Nigeria, as well as, have been severely affected. The Federal Capital Territory in the country's center. In comparison to the 2012 floods that affected 30 of Nigeria's 36 states, displaced 2 million people and killed over 350 people. The impact of the flooding has exacerbated the food crisis in Nigeria. Numerous acres of farmland have been demolished, negatively affecting the livelihoods of those living in a nation where 19 million people are already food insecure.

In addition, food production levels in Nigeria are already below demand as food prices in Nigeria continue to increase due to the impact of the Ukrainian civil conflict. Agriculture in Nigeria is the second most important economic activity after crude oil. The country relies on $10 billion in imports to compensate for its food and agricultural production deficiencies (primarily wheat, rice, poultry, and fish). Flooding exacerbates the situation by causing environmental degradation and destroying crops, farm villages, livestock, and seedling warehouses. This diminishes the yield and affects the next planting season, resulting in an emergency food shortage. The president of the All Farmers Association of Nigeria, Kabir Ibrahim, is cited in an article by Africanews as saying, “Flooding is still ongoing, but we can safely say that between 60 to 75 percent of the yield we expected is going to be lost”.

Flooded farmland makes it impossible to cultivate animals and crops. Depending on the type of sediment deposited on farmland during floods, some cannot be farmed for an extended period, perpetuating a cycle of food scarcity and starvation. The situation with the crops will continue to deteriorate, as approximately 110,000 hectares (272,000 acres) of agriculture have been completely damaged by water since August, according to the most recent government statistics. The World Food Programme (WFP) believes that the amount of flooded agricultural land might be nearly seven times greater.

In Nigeria, flooding can inflict catastrophic damage to infrastructures, such as the collapse of bridges and highways, preventing physical access. This has a multitude of repercussions. For example, farmers lack access to essential inputs (such as seeds or fertilizers) and markets for their produce. In addition, there are disruptions in the supply chain, price increases, the destruction of agricultural products, and the depletion of stockpiled reserves.

Food availability is affected by a fall in agricultural output caused by flooding. As a result of subsequent food supply shortages, a substantial portion of the Nigerian populace cannot afford food. This makes the already weak population even more vulnerable. The high pricing and lack of availability of favoured food options can encourage customers to reduce their consumption and choose less nutritious but more satisfying foods, thereby affecting food use.

According to the Federal Ministry of Humanitarian Affairs, the state administration failed to prepare for the catastrophic seasonal flooding. The Nigerian Meteorological Agency predicted the 2022 flooding season, but the government's failure to adequately prepare resulted in the deaths of 603 people and the destruction of homes. In July and October in 2012, the Niger and Benue rivers exceeded their banks, causing the last significant flood emergency. The reported death toll at the time was less than 500, but it displaced a comparable number of people as this year's disaster.

Following President Muhammadu Buhari's consent, 12,000 metric tonnes of food would be distributed to impacted villages from Nigeria's reserves. Although the government reports that relief supplies, including food, have been delivered to 21 states, many of those affected believe the authorities are not doing enough. In certain places,

individuals have initiated both online and offline fundraising campaigns to provide aid. President Muhammadu Buhari gave his ministers 90 days to develop a plan to avert a recurrence of this calamity on October 24.

In conclusion, the Nigerian government's lack of preparation for the predicted seasonal floods in 2022 has resulted in many innocent deaths. As a result of the insufficiency of the state administration to prepare for a flooding disaster in advance, the flooding has had a detrimental effect on food production, as crops and farmlands have been destroyed, preventing farmers from planting crops and causing a food shortage and emergency food crisis.