Through the Lens of Realism: How the Academia Explains the Russian Invasion of Ukraine? 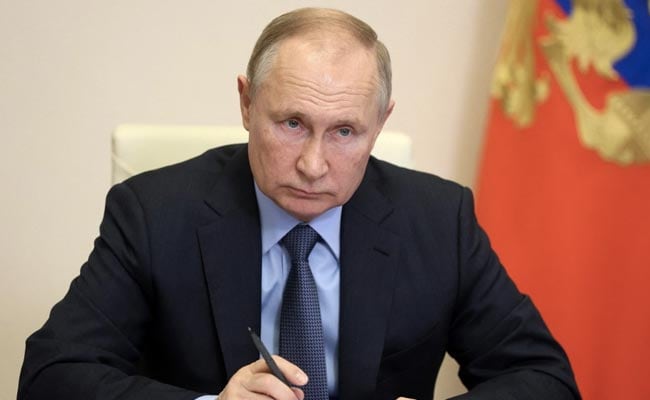 The war in Ukraine has surprised many as the prospect of war in Europe seems a distant concept. In the study of International Relations, different theories can explain a state's behaviour and relations. One of the mainstream schools of thought is realism, a popular theory that resulted in the aftermath of the Second World War. In today's international system, realism still upholds and offers significant insights into how states operate, including the Russian invasion of Ukraine. This article is not to concur with Putin’s justification for war, but through the theory of realism to explain why nations, in this case, Russia, act offensively in international politics.

The origin of realism

The study of International Relations originated in the US after the end of the First World War as a discipline to investigate states' relations and strategies for peace. The mainstream philosophy was liberalism, based on President Wilson’s idea of cooperation, self-determination, and peace proposed in the Treaty of Versailles. Under liberalism, peace is a commonly desired goal for countries and international cooperation through supranational institutions could help sustain harmony. Yet, the horrors of the Second World War suggested otherwise. Germany and Japan’s expansionist claim debunked the case that all countries desire peace, while the failure of the League of Nations in handling the Manchurian and Abyssinian crisis proved the inability of cooperation.

By contrast, realism was a resulting theory to counter those flaws. It argues that in the international system, anarchy exists since nobody can govern all states. Therefore, states need to act according to their interest and see survival as the ultimate goal. It took a more pessimistic view on international politics compared to liberalism.

Offensive realism and the US

Dr John J. Mearsheimer, an influential political scientist in the school of realism, invented the theory of offensive realism. For states to survive, one must acquire as much power and behave offensively until reaching regional dominance. For example, the United States and its Monroe Doctrine reflected the above behaviour. Mearsheimer has also predicted a similar pattern in Asia. With the Chinese economy growing and gaining a considerable influence globally, it will mirror what the US did in the Americas and strive for complete dominance in Asia.

The US is the perfect example of offensive realism. The Monroe Doctrine marked the US’s diplomatic strategy of the 19th century, declaring the Americas as the US’s sphere of influence and opposing any European colonialism and intervention. During the Cold War, its government furthered the doctrine, by backing coups, assassinating political figures, even launching invasions to “unfriendly” nations. Human rights abuses and instability in Latin America were largely a result of the US’s effort in maintaining regional hegemony.

The same philosophy of offensive realism can explain Russian aggression. In a lecture at the University of Chicago in 2015, titled "Why is Ukraine the West's Fault?", he argues that Russia felt threatened by the West's actions and had to react with the invasion of Crimea in 2014.

First, NATO’s expansion has posed a military threat to Russia, as it was a product in the Cold War that specifically targeted Russia. After the collapse of the Soviet Union, NATO has incorporated the Baltic states into the alliance, directly advancing its border to Russia. In the Bucharest Summit of 2008, the Chief of NATO, Jaap de Hoop Scheffer, announced and welcomed Georgia and Ukraine to be a part of NATO in the future. Russia was threatened by the proposal. And to respond, four months later, Putin ordered the invasion of Georgia. As for Ukraine, its geopolitical value was significant to Russia. It has been the gateway for foreign invasions, with both Napoleon and Hitler crossing Ukraine in their march to the Russian heartland. Therefore, Russia has to prevent Ukraine from falling into enemies' hands, eliminating the geostrategic risk at all costs. It is similar to how the US supported the invasion of the Bay of Pigs against communist Cuba in 1961 and opposed the deployment of Soviet missiles in 1962.

Secondly, the EU's expansion to Eastern Europe challenges the Russian sphere of influence. Historically, Russia has been exerting influence over Eastern Europe, such as the idea of Pan-Slavism during the Tsarist dynasty, to direct control through satellite states during the Soviet Union. The main threat is not only the exclusive cooperation between the West and Ukraine, but the promotion of Western liberal democracies and values. This article does not deny the benefit of promoting democracy, but in the eyes of authoritative Russia or China, it presents a direct challenge to their political system. Western influence in the Orange Revolution reflected the above concern, heightening anti-Russian sentiment. Eventually, with parliament passing new legislation banning the Russian language, it signified the complete isolation of Russian influence and triggered the invasion of Crimea.

Reflecting on offensive realism, the invasion of Ukraine was according to those principles. The miscalculation of the West in advancing the border of NATO and the EU into Russia's traditional sphere of influence threatens the state. In order to protect its survival and interests, the state has to act aggressively to secure its dominance in the area, which for Russia, means the unfortunate case of war with Ukraine.