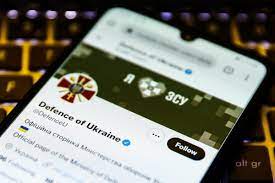 The recent Italian Political elections have seen a considerable shift towards right-wing political parties. The now prevailing party, 'Brothers of Italy,' has conducted a campaign based on aggressive and hateful propaganda, which largely caters to the most catholic, conservative, and anti-immigration slice of Italian society.

Party leader Giorgia Meloni has often associated these ideas with Tolkien's masterpiece "The Lord of The Rings." Specifically, young Giorgia has based this connection on the first Italian translation of Tolkien's work from 1967, which contained a preface by Elèmire Zolla.

This introduction framed the book in the culture of the Italian right, reducing its scope and devaluing its nature.

In the same years, the left saw the fantasy literary genre as a way of escaping reality and defined Tolkien and its Italian context as fascist.

In 1976 in the Parioli district, which was considered the heart of the right in Rome, a band called "Compagnia dell Agnello" - which translates as "Fellowship of the Ring" - performed for the first time.

The group composed oriented political songs and had a strong following among the young people of the Social Movement of Almirante and Youth Action.

In its first phase, the musical production of the Company is essentially limited to a series of folk tales or ballads for voice and guitar of political content.

They were mainly written to provide younger militants with a corpus of songs to replace or integrate the "classics" of Italian fascism while using the context and aesthetic of Tolkien's work. The group's songs feature titles such as "Story of a SS" and "The Ballad of the Black."

The Europa bookshop in Rome, the center for the diffusion of the right-wing militant press, sold hundreds of copies of "The Lord of the Rings."

In addition to the introduction mentioned above by Elèmire Zolla, a symbolic and allegorical reading of "The Lord of the Rings" happened during the so-called Hobbit Camps. These camps hosted concerts and debates conceived in opposition to the popular demonstrations of the left.

One example of this distorted reading is the verse from one of the poems in the book, namely, "the frost does not reach deep roots." Nevertheless, it is still cited on celebratory occasions, often accompanied by Celtic crosses and broadswords, or Mussolini's fascist mottos, to warn against the "invasion" of immigrants.

In the book, the verse refers to an exchange between two fundamental characters of the trilogy: a letter Gandalf addresses to Frodo, the little hobbit.

The old sage simply warns the hobbit not to be fooled by appearances because of the next meeting with a disreputable-looking guy: Aragorn, who later turns out to be the king who will defeat evil and rule with justice.

The poem's text announces a glimmer of light that will defeat the darkness, praising the hope that lives when everything seems to deny it.

There is no reference to an apocalyptic clash of cultures and civilizations. Therefore, it is a sentence decontextualized and arbitrarily adapted for ideological purposes to affirm racist principles with references to the defense of one's civilization and one's roots.

The points of real contact with the writer's complex work often boil down to a forced acquisition of symbols and mottos, mainly used to attract people who are supporters of Tolkien's literature.

Sometimes, the results of these attempts are almost comical. Yet, in defense of an ideology that often refers to defending the purity of an ethnicity or a nation, the Fellowship of the Ring stands out as the complete opposite.

Among the members of the fellowship are representatives of four different races: beyond Gandalf, men, dwarves, elves, and hobbits.

The left-handed protesters who had given life to the Americans in 1968 had made the Lord of the Rings a fundamental reference text.

Italy was the only country in the world in which they tried to reconcile the right -  mainly post and neo-fascism - with the work of a writer who had seen the Nazi-fascist bombs firsthand.

Rome was especially well-known for hosting many of the emotional efforts to educate young militants in Tolkien's name.