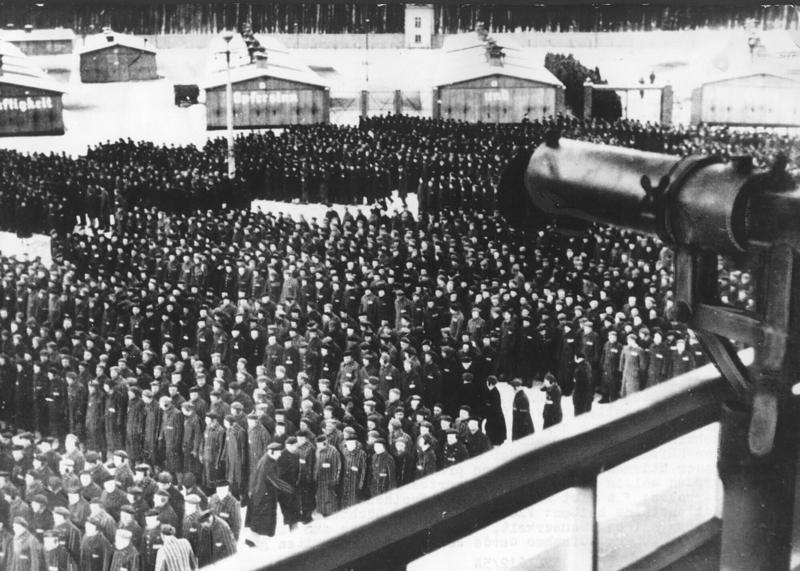 A 100-year-old man, allegedly a former guard at a Nazi concentration camp during the second world war, will undergo trial for complicity in 3,518 murders. During his time as a guard from 1942-1945 at the Sachsenhausen camp situated near Berlin, the defendant is accused of assisted murder of prisoners. Allegations include complicity in executions through poisonous gas and via firing squads. Cyrill Klement, who is leading the investigation on behalf of the Neuruppin prosecutor’s office, said that the accused was an enlisted member of the Nazi Party’s paramilitary force.

According to statements made by the stateswomen for the Neuruppin state court on Monday, the unnamed suspect is scheduled to face trial in October. The name of the accused has been withheld in line with Germany’s privacy laws. According to some local reports, the accused is a resident of Brandenburg, situated outside Berlin.

The prosecutors said that the centenarian had undergone medical assessment which deemed him fit for two-and-a-half hours of court appearances each day, despite his advanced age. Iris le Claire, the court’s spokesperson, confirmed that the accused will stand trial in a limited way, following the results of his medical reports. Thomas Walther, a lawyer, noted that many of the complainants in the case are as old as the accused, and demand justice.

The chief Nazi-hunter of the Simon Wiesenthal Centre, Efraim Zuroff, said that these cases are reminders of the dangers of antisemitism, xenophobia, and racism. The defendants’ advanced age cannot be an excuse to ignore their deeds and allow them the peace and tranquility denied by them to their victims, he added.

This case was forwarded to the Neuruppin office by Ludwigsburg’s special federal prosecutors’ office to investigate Nazi-era war crimes. The Neuruppin state court is located northwest of Oranienburg town, where the Sachsenhausen camp was located.

The camp was established about 20 miles north of Berlin in 1936. It was the first news camp since Adolf Hitler delegated full control of the Nazi concentration camp system to the SS. The place was set up to serve as a training camp and a model facility for the network Nazis set up across Germany, Austria, and other occupied territories.

Around 2,00,000 people were incarcerated at Sachsenhausen camp between the years 1936 and 1945. Those detained included prisoners of war, political opponents, and the persecuted population under attack from Nazi Germany’s paramilitary organization SS. As per the Sachsenhausen museum, prisoners at the camp died in tens of thousands due to hunger, disease, forced labour, and extermination projects among other causes.

While exact figures of those killed in the camp vary, with higher estimates reaching up to 1,00,000, scholars suggest figures in the range of 40,000 to 50,000 as more accurate. During the early years, the camp housed political and criminal prisoners as well as homosexuals and Jehovah’s witnesses. Some of its well-known political prisoners included Austrian Chancellor Kurt Von Schuschnigg, Joseph Stalin’s eldest son, and Martin Niemoeller, an anti-Nazi pastor. In the war years, the camp was also expanded to accommodate Soviet prisoners of war as well as others, they were usually shot in thousands by firing squads.

In 1938, after an anti-Semitic pogrom ‘Kristallnacht’ (also known as the Night of Broken Glass), the first large group of Jews was brought in as prisoners to Sachsenhausen. Jewish prisoners were often marked and subject to the harshest treatments. Most of those who survived beyond 1942 were transferred to the Auschwitz death camp. Later in 1944, thousands of Jewish prisoners were brought to fill for labour shortages in regional factories of war production and daily workers. Sachsenhausen was finally liberated from Nazi hands in April of 1945 by Soviet soldiers.

Roughly 6,000 Nazi personnel were trained at Sachsenhausen camp, however, many of these had escaped persecution following the war. Given that the perpetrators and survivors from the Nazi regime are now very old, the trial is supposed to be one of the last concerning crimes committed during the Nazi-era as per the country’s media.

Since a critical 2011 ruling that convicted a former Nazi guard and Ohio autoworker, John Demjanjuk, as an accomplice in mass murder, Germany has sought the trial of former Nazi camp workers. Demjanjuk allegedly worked as a guard for the Sobibor death camp situated in German-occupied Poland. Demjanjuk had denied these allegations and passed away before he had a chance to appeal in court.

Until before the ruling, courts only considered those directly involved in the atrocities as liable. Prosecutors were required to ground the charges by providing evidence of participation by the accused in specific killings. This was a particularly difficult task given the fact that most of the guards were anonymous to the prisoners at the prison camps and that a lot of time had passed since the events.

Following the Demjanjuk case, a federal court upheld a 2015 conviction of Oskar Groening, an Auschwitz guard. According to Mr. Klement, the basis of this case is in line with the precedent followed in the cases against Demjanjuk and Groening, which believes that aiding and abetting the Nazi killing machinery was sufficient to cause for conviction.

As prosecutors try to bring the remaining individuals to justice, they have also taken into consideration factors such as the health of the accused since all of them are well into their old age. For instance, in July last year, a 93-year-old was found guilty of complicity in the murder of over 5,000 prisoners during his time as a concentration camp guard. However, another 96-year-old individual was deemed unfit to stand trial earlier in March this year.

In a separate case, a 96-year-old woman is set for her trial in late September in Itzehoe, a town in northern Germany.  The woman allegedly worked as the secretary of the SS commandant stationed at the Stutthof concentration camp during the war. Earlier this year, she had been charged with more than 10,000 counts of accessory to murder.