Twitter & Centre Clash Expands To Freedom of Speech and Expression 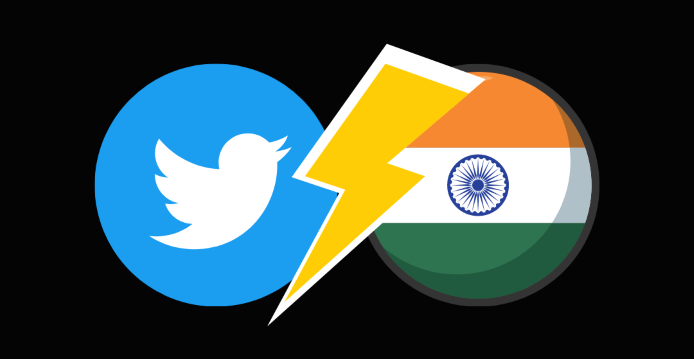 New Delhi: On 27th May, Twitter broke its silence on digital regulations under new subsections of IT ACT 2000. This happened in the midst of a clash with the government over the controversial Congress toolkit. Twitter has raised concern over "the potential threat to freedom of expression" and " investigative tactics by the police over its employees”. Twitter closed the statement in one line saying “ready to comply with new rules”.

The tussle between Twitter and Govt. is not new. But, currently, the tussle has reached a new height after the issue of a statement by Twitter, raising concerns for the safety of its employees in India, and the state of free speech in the country.

The Ministry of Electronics & Information Technology (MeITY) lashed back with a strong press note directed at Twitter, saying “protecting free speech in India is not the work of a foreign business entity like Twitter”.

“Twitter has a large user base in India, The social media earns significant revenue from its Indian operations. Still, they have given no updates to appoint an India-based grievance redressal officer and mechanism, chief compliance officer and nodal officer to whom its own users can complain.” MeITY added.

According to the Govt., Twitter's statement is an attempt to impose its terms on the world’s largest democracy by its actions and deliberate defense. Social media Company is trying to undermine the Indian legal system. Also, Twitter is refusing to comply with every regulation in the Intermediary Guidelines announced back in February 2021.

Through these guidelines, govt aims to curb “the rampant misuse of social media in a time-bound manner”.

Meanwhile, the Delhi Police raided the offices of Twitter in Delhi and Gurgaon on Monday as a part of the investigation over the FIR by the Congress party. Police reportedly served notice to the offices to take part in the investigation as Twitter labeled the claims by BJP spokesperson Sambit Patra as “Manipulated Media”. The Centre asked Twitter to remove the tag as the whole matter was pending investigation in front of the law agencies.

Delhi police have also alleged that “Twitter is acting to be both, the investigating authority and the victim in the investigation, but it has no legal sanction to be either. The only legal entities allowed to investigate are the police & courts.”

The allegations over Twitter are not new to the government. Earlier, the Govt. asked Twitter to suspend some accounts responsible for the spread of content related to the farmers' protest post 26th January. Twitter withheld accounts just for 12 hours. Annually, around 75k demands of suspensions or actions are carried by the Govt. to these social sites.

The matter started to escalate in February 2021, after Twitter’s controversial decisions in the US, including the banning of former US president Donald Trump after Capitol Hill riots in Washington DC, USA. In India, the government pressed the social media company to block accounts because of farmer protests over agricultural laws that the government said included misinformation and threats to national security and public order.

Twitter resisted. However, it later shut down hundreds of accounts the government had asked. However, Twitter refused to ban the major accounts involved, saying they have freedom of expression. The matter led to the rise of a new social media platform in India named “KOO”, as an alternative to Twitter.

In a plea related to the matter, the Supreme Court asked the government and Twitter for input over how to curb toxic content and fake news online. Any ban on Twitter in India could hit user growth in a critical market. Twitter has 1.80 Crores users in India.

The Centre has given 15 days for answers and status reports by the social media companies over the implementation of the new laws and regulations. Facebook and Google have started the implementation. Meanwhile, WhatsApp has also raised concerns over users' privacy.

If the matter worsens, there is a possibility of Twitter being censored or blocked for a few days if they withstand their statement. The complete exit of social media from India is the very least possibility. Only time will tell what’s ahead in this clash.