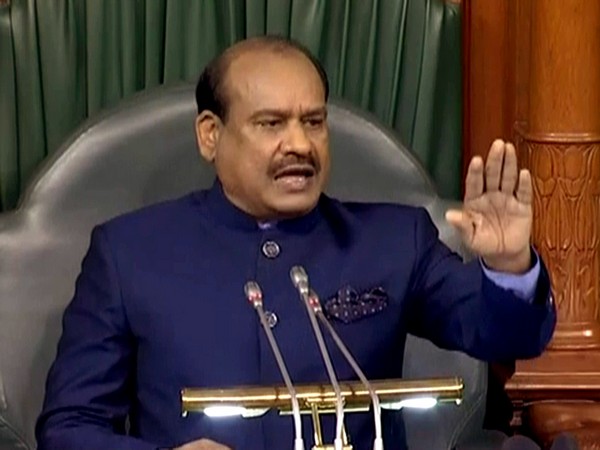 On Sturday, Shri Om Birla successfully completed two years as the Lok Sabha speaker. The day also commemorated two years of the 17th Lok Sabha session. Various crucial and controversial bills have been passed in the past two years. PM Narendra Modi congratulated Shri Om Birla Ji saying he “placed special emphasis on giving first time MPs, young MPs and women MPs the opportunity to speak on the floor of the House.” He also recognized his work in strengthening various Committees, which have a vital role in our democracy.

“Over the last two years, Shri @ombirlakota Ji has ushered in a series of steps that have enriched our Parliamentary democracy and enhanced productivity, leading to the passage of many historic as well as pro-people legislations. Congratulations to him," PM Modi wrote on Twitter.

Birla also congratulated members of Lok Sabha and acknowledged the support and cooperation from all the MPs. He wrote on Twitter in Hindi- “As the Speaker of the 17th Lok Sabha, received the affection of, the Leader of the House, Hon’ble Prime Minister, cooperation and support of the leaders and honourable members of all the parties in the House. With the collective efforts of the honourable members, the Lok Sabha achieved historic successes in two years. #2Yearsof17LS”

Birla, a BJP member, was elected unanimously as the Speaker of the Lok Sabha on 19 June 2019. The Speaker of the Lok Sabha has the responsibility of running the functions of the Lower House smoothly. On this occasion, he tweeted in Hindi- “During the COVID-19 crisis, the 17th Lok Sabha did remarkable work in all forums including helping the common man, work productivity, innovation, financial reforms, empowerment of democratic values, efforts to increase the faith of the youth in constitutional values, improving the functioning of the legislatures.#2Yearsof17LS.”

Speaking about the Central Vista Project, in an interview, Birla said that it was important for the expansion in the Future. He also reasoned the need for the new Parliament with the technological, spatial and security demands. “There will be delimitation and the number of members will go up, security measures have to be modernised and digital facilities have to be improved. The new building will have less maintenance,” he said.

He also mentioned the need of increasing the number of MPs as the people represented by one MP is very large. Each MP is representing an electoral college of around 15-16 lakh people. This becomes a problem as the issues faced by the people are not focused on properly.

About the next session of the Lok Sabha, Birla said there is no demand for a virtual session of the Parliament. He also said that the Monsoon session, if COVID trends remain the same, may take place in the third week of July. Covid vaccination is not necessary but all MPs are respectfully requested to get vaccinated and 425 MPs have already been vaccinated.

Speaking of his experience of working as the Speaker of the Lower House he said- “It’s been a great experience. We have been able to strengthen the democratic traditions and work continues even during the Covid-19 pandemic. As a result, we reached an average of 122% productivity in the last five sessions. The one during Covid recorded 167% productivity. In the first session, 33 bills were passed in 37 sittings. These figures underline the commitment of our parliamentarians to perform their duties.”

He also talked about his vision for the next three years of his tenure. He spoke that he aims to strengthen Parliamentary supervision on the ministries and departments, to make them more accountable to the Parliament.

Although, the Pandemic brought many challenges for the Parliament. But before it, many significant Bills were passed, and a few controversial ones too. Some of the landmark legislations passed were:

The Muslim Women (Protection of Rights on Marriage) Bill, 2019 – The bill was introduced in the first session of the 17th Lok Sabha by the Minister of Law and Justice, Ravi Shankar Prasad. The bill legally banned ‘triple talaq’ given by Muslim husbands to their wives.

The Motor Vehicles (Amendment) Bill,2019 – The Bill was introduced on July 15, 2019, by the Minister for Road Transport and Highways, Nitin Gadkari. It provides for the grant of licenses, permits to motor vehicles, and penalties for violations.

The Jammu and Kashmir Reorganisation Bill, 2019 – This Bill was introduced in Rajya Sabha by the Minister of Home Affairs on August 5, 2019. The Bill was extensively discussed in the Parliament. It provoked Section 370 from the state of Jammu and Kashmir. And provided for its reorganisation into the Union Territories of Jammu & Kashmir and Ladakh. It was a very crucial Bill as it affected the terrorist-prone and controversial state of Jammu & Kashmir.

The Citizenship (Amendment) Bill, 2019 – This was introduced in Lok Sabha on December 9, 2019, by Home Minister Amit Shah. This specifies the grounds for illegal migrants to become a citizen of India. The Act spurred huge protests all around the country.

The Farm Laws – The three bills were introduced on September 9, 2020, to allow farmers to sell their produce to any private player. They are no longer restricted to sell in the Mandis. The Acts evoked protests by farmers, which are still going on, on-demand of repealing the three laws and legally recognizing MSPs.