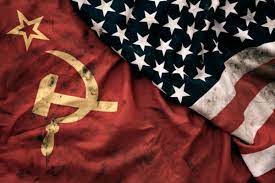 With the end of the Cold War and the collapse of the Soviet Union in 1991, the bipolar geopolitical order emerged in the late 1940s and revolved around the United States-Soviet binomial, with their respective alliances, disappearing. America rose to a historically unprecedented global pre- eminence and consequently guided the redefinition of the international order.

At the time there were three potential rivals: Europe, Russia and China. Europe is committed to deepening and enlarging its integration process; Russia is prostrated after the Soviet collapse; China began its ascent a little over ten years ago and from a very low level. In 2022, the American intent is even more relevant, given that China has become threatening and Russia has become a fully-fledged military power - a nuclear power, for good measure - which does not hesitate to bring the war to Europe to recover areas of influence, if not open domination.

In the post-Soviet states, including Russia, Washington aims to develop fully sovereign market democracies. But overcoming more than seventy years of planned economy is a huge task, not least because the most persistent problem of the new states has turned out to be endemic corruption. Since the collapse of the USSR; Belarus, Kazakhstan and Ukraine - in addition to the Russian Federation - emerge as nuclear powers.

The priority for the Bush administration (father) and then for Clinton is to convince Minsk, Almaty and Kyiv to have their arsenals and atomic materials removed so that Russia remains the only surviving nuclear power of the former Soviet bloc. The Cooperative Threat Reduction (CTR) programme is implemented. Convincing the Ukrainians to discard what, if preserved, would have been the world's third-largest nuclear arsenal (after the American and Russian ones); requires the Clinton administration to negotiate long and complex.

Ukraine is one country of the former Soviet bloc where national identity and fear of Russian revanchism are most entrenched. In return, in 1994 the United Kingdom, Russia and the United States signed the Budapest Memorandum committing the three countries to protect the security and integrity of the new States. The CTR turns out to be a huge success.

At the outbreak of the Yugoslav succession wars, NATO expands its mission from defence to collective security, resulting in “out-of-area” operations in third countries. Some events meanwhile reveal the spectre of an aggressive and anti-Western Russia returning to threaten its neighbours. The Bush and Obama administrations are too confident in the effectiveness of US power, especially military, as a means of democratisation.

These are the “colour revolutions” in Georgia (2003), Ukraine (2004) and Kyrgyzstan (2005) that push George W. Bush to focus his second-term foreign policy on the promotion of democracy. The Ukrainian Orange Revolution, in particular, galvanises Bush and serves as a watershed in his relationship with Vladimir Putin. For Putin, the decision to invalidate the election result and to retake - resulting in Yushchenko's victory - is an illegal act supported by the US government.

From 2007 to 2008, Bush pushes to install anti-missile systems in the Czech Republic and Poland, as well as to open the process of entry of Georgia and Ukraine into NATO. Putin fails to avoid installing the missile shield in 2007. But as for the second issue, discussed at the NATO summit in Bucharest, Putin makes it clear that Russia does not stand for the absorption of Georgia and Ukraine into the Atlantic Alliance. The Kremlin goes so far as to question whether Ukraine is a real country. The summit concludes with a decision to cancel the accession process and at the same time reiterate that the entry of Ukraine and Georgia into the Alliance is only a matter of time.

Putin's response is the five-day war in Georgia in August, which ends with the secession of North Ossetia and Abkhazia. Their independence has only been recognized by a handful of states and since then they have existed as satrapies of Russia, which makes Georgia's entry into NATO impossible due to the disputed borders. While in fact, Washington sought détente, Brussels aimed to establish association agreements with its eastern neighbours, including Ukraine. It succeeds with Georgia and Moldova and goes close with Armenia before Russia forces Yerevan to step back. Negotiations proceed expeditiously with Ukraine when the Federation begins to intervene. Eventually, Janukovy backs down and takes out a $15 billion loan with Moscow: a rich bribe.

The country takes to the streets. A few days later Yanukovych left the capital. The protests prevailed, the president is defeated. For Putin, the departure of Yanukovych marks the failure of Russian policy on Ukraine. On February 28, Putin unexpectedly moves into the Crimea without firing a shot. It is the least "Ukrainian" part of Ukraine, as well as the headquarters of the Russian fleet in the Black Sea. Washington's feeble and belated response pushes Putin to advance into Donbas in support of the pro-Russian separatists of Donetsk and Luhansk. Obama delegates diplomacy to Europeans, keeping out of it.

Hostilities in the Donbas did not cease, however, it was replaced by a low-intensity war between Ukrainian forces and Moscow-funded separatists.

In autumn 2021, the Russians begin to readmit troops and military equipment to the Ukrainian border and in December, submit to the United States a list of proposals, in fact, an ultimatum, including one advocating a stop to the expansion of NATO, the withdrawal of its deployment and the start of negotiations for a new European security architecture. The cluster of Russian troops continues throughout January and for most of February, while in Europe there is intense diplomatic activity, both internal as well as with the United States and Russia.

On 21 February, Putin recognises the two separatist republics of Donbas, the next day his troops enter it for openly “defensive” purposes. On February 23, the Russians begin the bombings, airstrikes, and land invasion of Ukraine from the north, east, and south.

On 25 February, Kyiv, with its population of three million, is surrounded by Russian forces.

Russia uses the war in Ukraine to reject the unipolar world and reaffirm its role in the world.