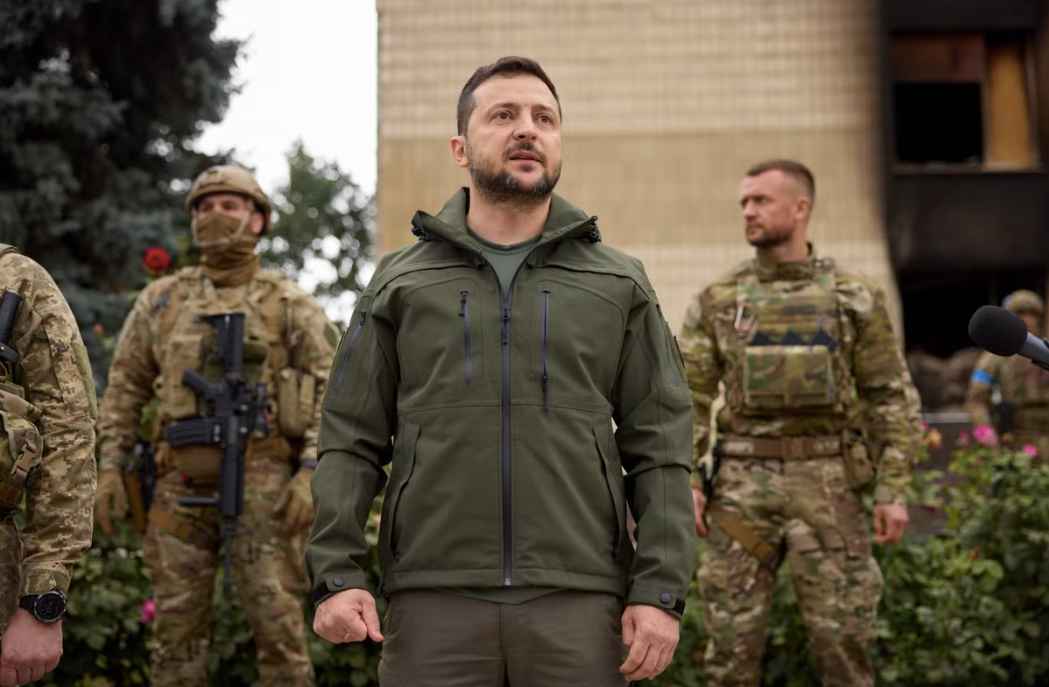 Ukraine President Volodymyr Zelenskyy has spurned an offer by Russia for a 36-hour ceasefire starting Friday, during Orthodox Christmas, stating the offer was an attempt to stop the country’s military advances.

The offer came in light of a promise from the United States and Germany to send armoured fighting vehicles to boost the Kyiv Government. The US weapons package includes 50 Bradley infantry fighting vehicles, an armoured tracked vehicle, and an additional $3.8 billion in financial aid to replenish the stockpiles of other European allies. This brings the US commitment to Ukraine’s fight up to $24.9 billion since the beginning of the war.

"Right now the war in Ukraine is at a critical point," President Joe Biden told reporters.

"We have to do everything we can to help the Ukrainians resist Russian aggression.”

The US and Germany have both agreed to train Ukrainian soldiers in using these military resources. Germany would also supply Ukraine with a Patriot air defence battery which was previously successful on the battlefield.

In a statement, the Kremlin said President Putin ordered his troops to stop fighting, not as means to de-escalate, but because of an appeal from the head of the Russian Orthodox Church, Patriarch Kirill.

“Taking into consideration the appeal by Patriarch Kirill, the President hereby instructs the minister of defence of the Russian Federation to impose a ceasefire regime along the entire line of contact in Ukraine for 36 hours,” the statement from the Kremlin said.

Patriarch Kirill had called for a Christmas truce to allow believers to attend church services for Orthodox Christmas. Mr Putin called on Ukraine to reciprocate the order and ensure “large numbers of Orthodox believers [who] reside in areas where hostilities are taking place,” could celebrate Christmas Eve on Friday and Christmas Day on Saturday.

The move to a ceasefire by Russia also comes days after a large number of Russian troops died in a Ukrainian airstrike in the occupied Ukrainian city of Makiivka. The Russian Defence Ministry announced a death toll of 89, marking it the highest loss of life from a single raid since the war began.

"Putin does not want a repetition of that on Orthodox Christmas Day," she wrote.

But in a video address, President Zelenskyy said Russia sought to use this truce to stop Ukrainian military advances, and also stop the flow of military resources and men into the country.

"Now they want to use Christmas as a cover to stop the advance of our servicemen in the Donbas for a short time and bring equipment, ammunition and conscripts closer to our positions. What will that give them? Only yet another increase in their total losses," Zelenskyy said.

Ukraine stands firm in its belief that there can be no truce until Russian troops are withdrawn from occupied territory.

Zelenskyy’s adviser Mykhailo Podoliak said in a tweet that a “temporary truce” could only begin when Russia leaves the Ukrainian territory.

“Russian Federation must leave the occupied territories; only then will it begin a ‘temporary truce’. Keep your hypocrisy to yourself,” Podolak said. Reports from the BBC state the truce is also a handy tool to demonize Ukraine by showing that Kyiv’s dismissal of the proposal shows the country does not respect religious believers or have desires for peace.

Ukraine has called for more aid from its international allies in the face of mounting Russian anger. Turkish President Recep Tayyip Erdoğan has reportedly told Putin that a ceasefire was needed to end the conflict and told Zelenskyy that Turkey is prepared to serve as a mediator for peace talks. Turkey has previously acted as a mediator, notably helping broker a deal with the United Nations to unblock Ukrainian ports to ship grain to civilians.

As the war enters its almost one-year mark, momentum is building within the international community to place pressure on both nations and move towards prospects for peace. We can see Germany and the US's military and financial support as a move against Russia, but this has resulted in Russia calling for a truce. We can also see Ukraine’s response is not a rejection towards peace, but rather a step towards positive peace over negative peace. As events continue to unfold, Ukraine is striving for long-term stability.