Under The Shadow Of The European Champions League 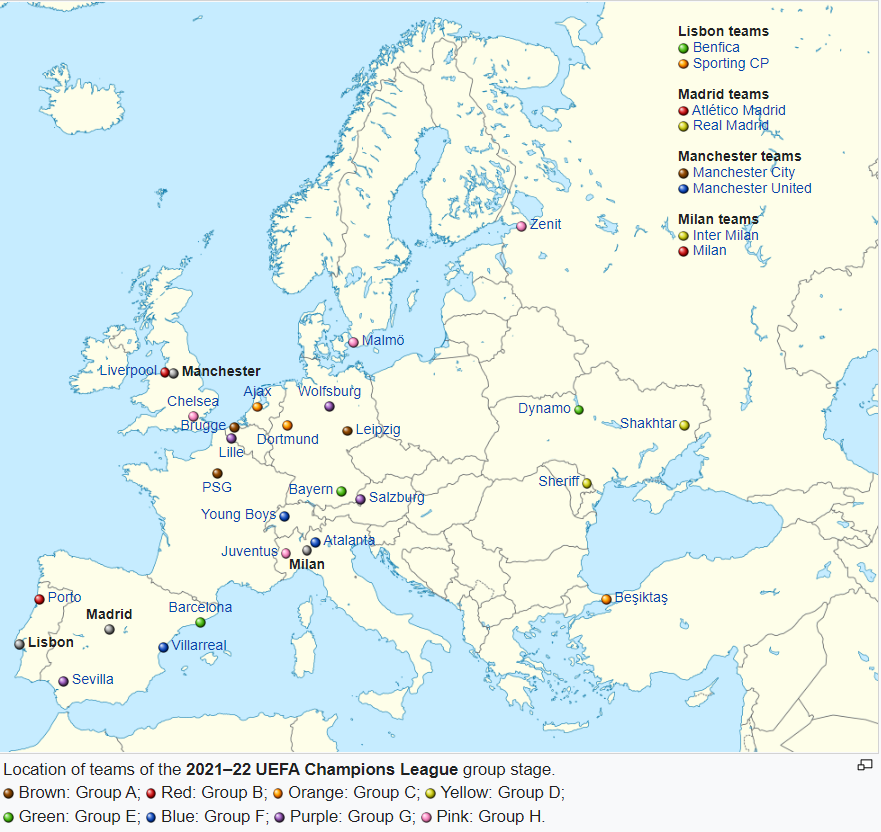 Within the 13 EEFC, we can notice teams that their chances to participate in the UCL group stage today have significantly decreased. Valletta F.C. and FK Dinamo Tirana, from Malta and Albania respectively, are examples of the teams that have participated in the 1990-1991 UCL campaign.

EEFC lost its status as a first-tier team gradually starting from the 38th edition of the UCL, where its representative dwindled from its peak during the 36th edition at 40% to 31% and 18% during the 41st  and 42nd editions, respectively.

During their peak years, EEFC used to have an automatic place in the group stage. Nowadays, EEFC needs to compete with the runner-up of the best seven leagues in a second qualifying round, according to the “Association club coefficient” used by UEFA.

Whereas champions of the leagues - Italy, England, Spain, France, Germany, Netherlands, and Portugal – are all Western European countries that were granted a place in the group stage automatically.

Why this transformation of the UCL has happened, and whether it was brought up due to economic motives related to broadcast rights or the collapse of the Soviet Union, Yugoslavia, or other reasons isn’t clear yet. Though, an inevitable consequence of this manoeuvre is less diverse UCL, which brought down EEFC status in European Football and, thus, EEFC status globally.

During the 1990-1991 edition of UEL, EEFC comprised 38% to nowadays 34% representative. On the other hand, UEL had lost its magic, as Graham Ruthven urged UEFA to make changes to UEL as he described the competition as “a last vestige of the old European Cup, with its journeys into the unknown and clashes against Eastern European clubs you’ve barely heard of.” Ironically, those EEFCs used to be heard about in the first-tier competition too, UEFA Champions League.

UEFA has shown that they are willing to make changes toward more diverse competition, as they’ve shown with the creation of new competition. Though, the question is why these changes aren’t being done or more correctly, brought back within the crème de la crème competition – UEFA Champions League? Is the UEFA Europa Conference League a genuine step toward inclusive competition, or is it the last condolences to EEFC?

Sports are a primordial segment of human culture, particularly football. UCL is watched across the globe by millions of people. Darkening EEFC wouldn’t contribute to European Unity and to a more equal society where everyone benefits from it and EEFC is heard about.

Indeed, until the 36th edition, there were only two EEFC winners for UCL. Though, is Football only about winning? If yes, with the transformation of the UCL, witnessing EEFC winning the elite competition is an insurmountable mission.