UP ATS has captured 4 Rohingyas from Meerut and Bulandshahr. 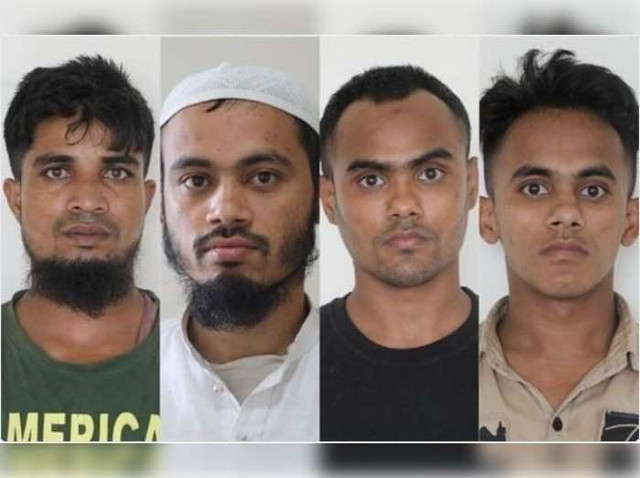 On the input of mastermind Noor Alam alias Rafiq, 4 Rohingyas living illegally have been apprehended by the ATS. The continuous action of UP ATS on Rohingya is going on. On Thursday, UP ATS had arrested 2 Rohingyas from Aligarh. 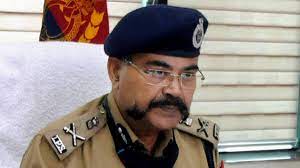 ADG law & order Prashant Kumar said that 4 individuals from the gang that sent Rohingyas to India have been captured on Friday. In the country, this year maximum of 15 Rohingyas has been arrested from UP. This gang sends the Rohingyas of Myanmar-Bangladesh to India. Along with human trafficking, this gang used to make illegal documents.

3 women have been sent to Malaysia

ADG Law and Order further informed that Hafiz Shafiq was running a gang of Rohingyas in Meerut. Women were smuggled by air to countries like Malaysia. These gangs used to take commission by providing jobs through wrong documents. Also used to exchange black money through hawala. Treasures like gold have additionally been recuperated from the captured Rohingya. Those who helped in making fake documents are also being sought.

let us inform you that the UP ATS has gotten a lot of significant data in the cross-examination of two Rohingya nationals captured from Ghaziabad on June 8. Rohingya nationals Amir Hussain and Noor Alam were captured in the Ghaziabad region. Noor Alam is the greatest specialist in bringing Rohingya residents into the country by means of Bangladesh and Amir Hussain was residing in Shriram Province of Khajuri Khas police headquarters space of Delhi for just about two years after unlawfully entering the country.

When the ATS interrogated these four youths who were caught, surprising things came to light from them. There are many members in this organized gang and Indian people are also associated with them. They have a good network in Myanmar and this gang tricks the youth of Myanmar in the affair of their commission. Showing big dreams to the youth brings them to India. Later, they are made to work in factories by getting their certificates made here in the wrong way. Indian people are also associated with them in this whole game. The names of some people have come out so far, which are being investigated. In some government offices also, such brokers have come to the fore who used to work for them and used to help them in making fake certificates of India in a fake way.

More names have come up in the interrogation, according to SP STF Bablu Kumar. Soon action will be taken against such people also. This gang works in an organized manner and foreign currencies have also been received from them. During interrogation, it was discovered that this gang also conducts international hawala business. The names of some people have also appeared in this business. The report has been sent to Headquarters. The investigation is still going on in this whole matter. As the facts continue to emerge in the investigation, action will be taken against other people as well.

Preparations to settle before the assembly elections

When the ATS interrogated both of them on remand, it came to light that Rohingya and Bangladeshi citizens spread across the country like they have been asked to make their hideouts in UP. Their goal is to get their names included in the voter list by getting the ration card, PAN card of the place settled before the assembly elections. That is why Noor Alam is one by one taking these infiltrators settled in the direction of Delhi, Haryana, and Rajasthan to their relatives and close ones living in UP. In return, he is also getting a good amount of money.

You will be surprised to know that till now around 2000 Rohingyas have entered India through such organized gangs. Now all these are being searched. These are all those people who came to India wrongly and then they started living here by making Indian documents. Now after the arrest of the members of this gang, the search for all these people has been intensified. The role of the police in this entire incident also seems to be under suspicion as all the other accused including Hafiz told during interrogation that voter ID card was made before passport. After that Aadhaar card was made. Then applied for a passport. After applying for a passport, Kharkhoda and Brahmapuri police investigated. After the police report, the LIU also submitted its report from the office itself. After that, the report was sent to the Passport Office after the investigation of an ASP level officer. If the police station had done the proper investigation, then the Rohingya would have been caught in time. ATS CO Atul Yadav says that on the orders of top officers, the investigation of making Rohingya passports will be done.