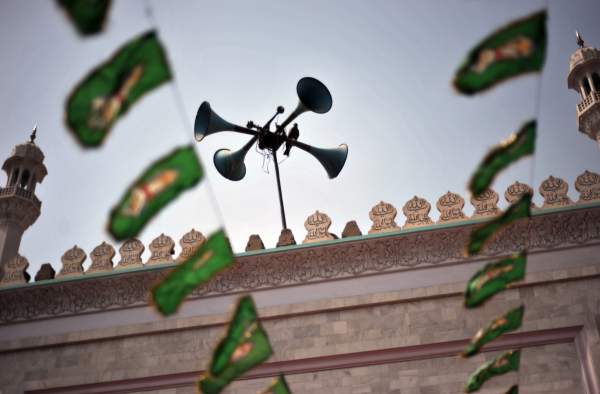 On May 23, Saudi Arabia authorities banned the volume of mosque’s loudspeakers, the minister of Islam affairs, Dr.Abdullatif Bin Abdulaziz Al Sheikh aka Dr.Al-Sheikh stated that this rule is made after several complaints about the excessive noises of the loudspeakers, Citizen’s complaints that the loud volume disturbing children as well as elderly people. This ban limited the use of loudspeakers as it will mainly to use for the Azan (the call to prayer) rather than broadcasting full Khutbah (Sermons). Making a law like this especially in that country that is the home of tens of thousands of mosques is a point of great criticism, after this news, many people criticized it on social media with the hashtag calling for the banning of loud music in restaurants and cafes, after seeing all the criticism, minister of Islamic affairs, Dr. Al-sheikh said: “Those who want to pray, do not need to wait for the imam’s call to prayer.” “They should be at the mosque beforehand” he added.

Prince Mohammed bin Salman imposes social restrictions in the ultra-conservative empire, Relax music festivals, and sporting events of gender-mixed presence, while for decades, the ban on cinemas and women driving has been lifted.

First of all, let’s talk about the use of loudspeakers in mosques, why did they need to install loudspeakers? The first known installation of a microphone-loudspeaker set took place in 1936 at the "Masjid Sultan" in Singapore, it was reported that the summons for prayer could be more than a mile. As in these modern noisy cities, it is very difficult to hear Azan (call to pray) without modern equipment. Most believed that the loudspeaker was necessary to empower Muazin's voice (which calls prayer) to overcome the noise of the modern city. After the first installation of loudspeakers in Singapore, electrically amplified azans have become common in countries like Turkey and Morocco, while in others all mosques like the Netherlands use loudspeakers to pray only 7% to 8%. Nowadays, with so much acoustic and too much noise, there is no chance that imam or muezzin can be heard without a mike.

Many people raise questions that loudspeakers were invented in the 20s, then how people used to manage before the 20s? And the answer to this question is The architecture of that time was very good, the sound of the building is especially a mosque that the imam who led the congregation in front of hundreds of people behind it can be heard by the last person. And before that we did not have such crowds, noise pollution, and very tall buildings, so Muazzin (who asks to pray) climbed the tower and called Azan. And long ago, during the time of the Prophet, Hazrat Bilal used to stand on top of the Kaaba and call out to Azan. So this process is not possible in this modern world, so the modern sound system finds its place in mosques.

Loudspeakers are very loud and thus the Ministry of Islamic Affairs, Saudi Arabia, said the use of external loudspeakers at high volume could affect the vulnerable, the elderly, and young children in the vicinity and drown out prayers held in nearby mosques. Dr. Al Sheikh, also said criticism of the policy was being spread by "enemies of the kingdom" who "want to stir public opinion".

Again (2005) 5 to 733 (the case has since been resumed) is held as follows: "150. Several inter-court applications have been filed in the court arguing that the ban on bursting of firecrackers at night during Diwali should be lifted. A similar exemption was sought for other festivals as well. The proposals highlighted practices prevalent in some Western countries where such exemptions are allowed. We don't think it's fair to give any such exemption. Indian society is pluralistic. The people of India belong to different castes and communities and believe in different religions and celebrate various festivals. We are tolerant of each other. There is unity in diversity. If one is allowed exemption, there will be no justification for not allowing the exemption to others. If we do that, rest will become the rule. It will be difficult to enforce the ban. "

The Calcutta High Court has ruled in the case of Maulana Mufti Syed Mohammad Noorur Rahman Barkati vs. State of West Bengal as follows: "Accordingly, it cannot be said that applicants should be allowed to use microphones in the morning hours to give azaan. The day and that is before 6 a.m. Azan is certainly an integral and essential part of the Muslim religion, but the use of microphones is certainly not an integral part of Azan. "

Under the constitution, every citizen is mandated not to forget that each man’s right stops where another person’s right begins. Legally it is our bounden duty to keep the environment conducive and habitable for all.