What are Dominic Raab’s Plans to Revoke the Human Rights Act? 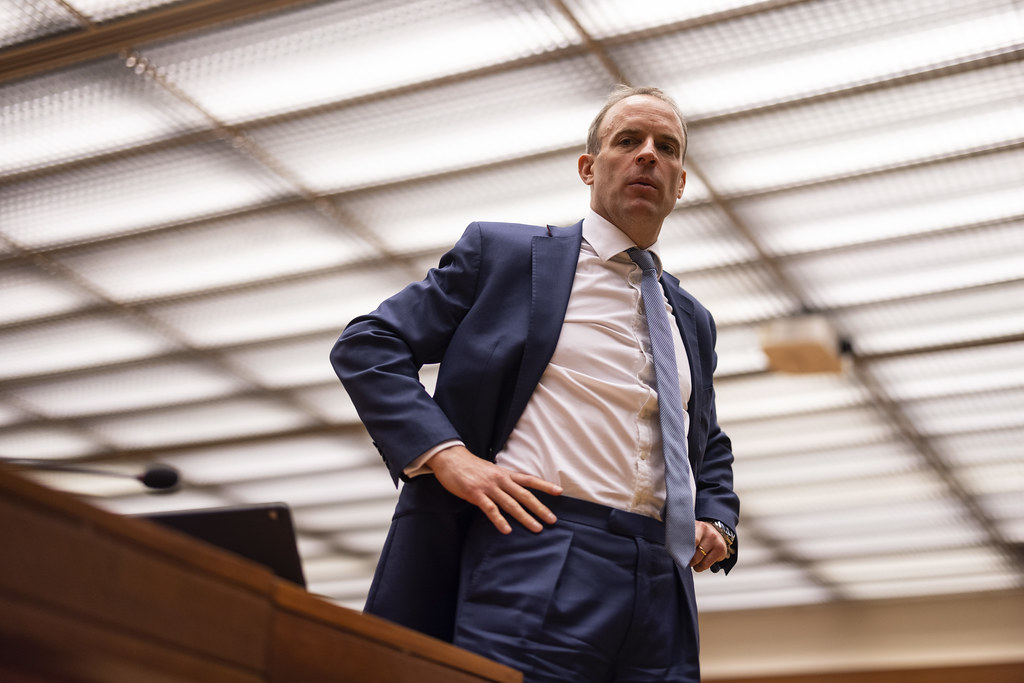 Justice Secretary, Dominic Raab will repeal the Human Rights Act (HRA) of 1998 and introduce a new British Bill of Rights. The decision comes after the European Convention on Human Rights (ECHR) intervened in a flight deporting asylum seekers from the UK to Rwanda. On June 22 2022, the Bill was first introduced to the House of Commons. The second reading is yet to be announced but will see MPs debate the main principles of the Bill.

What is the British Bill of Rights?

The Bill will assert that the UK Supreme Court can bypass, but not entirely withdraw from the ECHR. Dominic Raab commented, “The Bill of Rights will strengthen our UK tradition of freedom whilst injecting a healthy dose of common sense into the system”. Interim measures from the ECHR under Rule 39 will no longer bind the UK Supreme Court, and the ECHR cannot intervene on an exceptional basis when there is “a real risk of serious and irreversible harm”.

One purpose of the Bill is to make it easier to deport “foreign criminals” and prevent future interim injunctions like cancelling a recent deportation flight to Rwanda. This means Article 8, the right to family life, will no longer hold the legal weight it once did. The need to remove asylum seekers from the UK and public safety will supersede the right to family life. Safe passage, a charity for refugees, shared their concern that unaccompanied refugee children rely on Article 8 to reunite with family in the UK, and provides the possibility to challenge “unlawful decisions.”

The UK government states the Bill will prevent “trivial human rights claims” that waste taxpayer money. It will introduce a permission stage in court that requires people to demonstrate they have suffered a significant disadvantage before their claim can be accepted.

The Bill will “boost freedom of the press” and “freedom of expression” over the right to privacy. This includes stronger tests for courts to consider before they require journalists to disclose their sources. The Index on Censorship disagrees and claims the Bill will undermine freedom of expression. In a letter to the Justice Secretary, the Index on Censorship is one of 150 civic organisations calling for pre-legislative scrutiny of the Bill.

Yasmine Ahmed, the UK Director of the Human Rights Watch, called the Bill a “dark day for human rights in the UK.” The Law Society, a representative body for solicitors, said “the bill would grant the state greater unfettered power over the people, power which would then belong to all future governments, whatever their ideologies”. So far, a petition by advocacy group ‘Liberty’ has received 100,563 signatures to abandon the Government’s plans to revoke the Human Rights Act.

What is the Human Rights Act (HRA)?

The HRA is a UK law passed in 1998 that upholds legal protection over the rights and freedoms of UK residents. Examples of these rights include the right to life, to protest and to seek and enjoy asylum from persecution in other countries. A recent poll commissioned by Amnesty International found that 73% of UK respondents said they thought the Human Rights Act is important to hold the government accountable.

The bereaved families of the Hillsborough football disaster received no justice after the fans crushed at the football ground were blamed, and a fair inquest was not held by police. The HRA revealed the mistakes made by the police and other parties that led up to the fan’s deaths.

Human Rights campaigners argue this convention is important for victims of sexual violence and disabled people. The case of the ‘black cab rapist’ who committed more than 100 rapes and sexual assaults between 2002 and 2008, relied on the HRA to highlight police inaction, despite them receiving several reports from women. Violence against women and girls depends on the HRA to ensure local and national authorities effectively handle domestic violence murder cases, rape, trafficking and so-called ‘honour-based' violence cases.

The Good Friday Agreement of 1998, relies on the HRA to resolve violent political conflict in Northern Ireland. Human Rights obligations were crucial in building public confidence in accountable policing structures in a post-Troubles society. The Bill of Rights could undermine this agreement and weaken the ability of those seeking justice against the state. A recent survey revealed the vast majority of the Northern Irish public support the HRA and would like further protections through a supplementary Northern Ireland Bill of Rights.

The Conservative party and the ‘racist’ Bill of Rights

In 2007, the Conservative party began commissioning a home-grown domestic Bill of Rights. David Cameron’s government later proposed the British Bill of Rights in a 2015 election manifesto. Similar to Dominic Raab’s Bill of Rights, the manifesto promised to restore “common sense” to the application of the HRA , stop terrorists and deport other serious foreign criminals posing a threat to society.

The European Commission Against Racism and Intolerance (ECRI) accused former Prime Minister David Cameron of inflaming xenophobia. The report following his time as Prime Minister highlighted a rise in xenophobic sentiments recorded in the UK over the past five years. This was attributed to the “intolerant political discourse” around immigration and anti-terrorist strategy, fuelling anti-Muslim violence and public mistrust of Muslims.

Dominic Raab responded to the Independent over criticism that his Bill of Rights is “racist” and claimed his critics were denying the “common sense” of the legislation. Campaigners have argued that plans for previous “conduct of claimants” to be considered in human rights violation cases will negatively impact ethnic minority groups disproportionately. Mr Raab dismissed these claims and insisted that data like stop and search history in the police database would not be used.

The Conservative Party’s focus on “foreign criminals” has remained consistent over the past decade, with particular emphasis on tough immigration policy to prevent asylum seekers from entering the UK. Under Boris Johnson’s government in 2022, the Nationality and Border Act aimed to introduce tougher penalties for people smugglers and increase safe and legal routes for asylum seekers.

However, the Home Office later revealed there are no provisions in place to create these safe and legal routes. Rather, the act makes it easier to remove the citizenship of those with a second nationality; this will render ethnic minority groups in Britain “second class citizens”. In addition to enabling the Government to deport asylum seekers to Rwanda. If passed, the British Bill of Rights will ensure refugees entering the UK will no longer be able to claim asylum under the ECHR in British law.