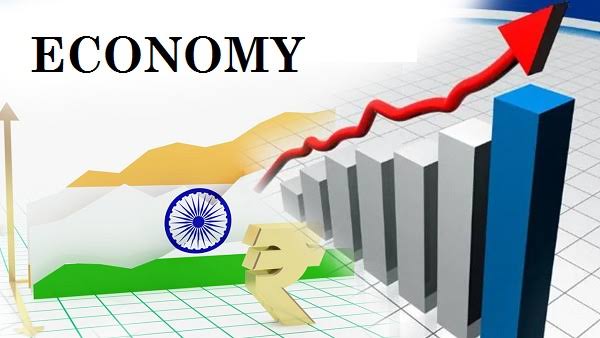 After President Putin announced his decision to move into Ukraine, global markets plunged. Financial global uncertainty followed after harsh sanctions were imposed upon Russia by the West.

All this has raised concerns of what would be the impact of this crisis on the Indian economy. A Bank of Baroda Economic Research Report has predicted that the war wouldn’t have a direct impact on the Indian Economy in terms of bilateral trade, but, a surge in oil prices seems to pose a considerable risk to the economy.

According to the report published on Friday, both the Union Budget and RBI’s monetary policy for the upcoming financial year which would commence from April 2022, did not take into account the impact of the crude price shock, as it was done before the crisis erupted. Both based their calculations on a conservative estimate of crude prices at $75 per barrel. However, since the crisis erupted, Brent Crude Oil has breached the $100 per barrel price level.

India is the world’s third largest oil importer as it imports more than 80 percent of its total oil requirement. In FY21, India’s oil imports stood at $82.7 billion. But, in the current fiscal year, oil imports bill rose to $125.5 billion due to domestic recovery as well as higher oil prices. However, with oil prices now at an 8-year high, oil imports would likely to be higher. The report estimated the oil imports bill for FY 2021-22 at $155.5 billion, as well higher oil imports for the next financial year due to improvement in economic activity. There would also be a modest 5 per cent increase in oil demand. With other factors remaining constant, it assumed the trade deficit to increase to $165 billion.

The report estimated that every 10℅ increase in oil prices on a permanent basis, would increase the oil imports bill by $15 billion or 0.4 percent of GDP. This would reflect in a higher current account deficit (CAD).

The report also said that since, crude oil-related products constitute 7.3 percent share in the Wholesale Price Inflation (WPI) basket, it would have both direct and indirect impact on inflation. Thus, a 10℅ price increase in the crude oil prices would have a direct impact of around 0.7 percent bp (base points) on WPI, and after adding the indirect impact, the overall effect could be around a 1 per cent increase in WPI inflation.

In FY21, India's exports to Russia were $2.7 billion (0.9 percent of India's total exports). India's imports from Russia were $5.5 billion (1.4 percent of total imports) with petroleum products forming half of the imports, easily replaceable with other markets.

However, the Federation of Indian Export Organisations (FIEO) has said that the military conflict may have an impact on the country’s trade in that region as it would affect the movement of consignments, payments and oil prices. The FIEO Director-General, Ajay Sahai, said that the quantity of impact on trade will depend on the duration of the war.

The BoB report concluded that there isn’t much fiscal space for increasing subsidies or reducing excise duty on petrol and diesel as the government is trying to pursue fiscal consolidation because of an elevated borrowing programme.

While domestic fuel prices have not been increased as five states are voting in Assembly elections, the recent surge in global crude oil price could further pressurise the state-owned oil retailers. Bringing in price hikes would be more complex, as there would be a cascading inflation impact that could follow the increase in petrol and diesel prices.

On Feb 28, Indian Finance Minister, Nirmala Sitharaman expressed her government’s concern on the impact on the country’s exports and imports in the region due to the crisis. She also asked for industry feedback on any difficulties in payments due to the conflict.

News of the invasion also caused panic in the Indian financial market with the Sensex at the BSE falling by 2,702 points (4.7%) to close at a six-month low of 54,529 on Thursday.

Experts have warned that markets will likely remain volatile in the near term owing to critical geopolitical developments, but have also said that India wouldn’t be directly impacted as it isn’t a party to this external conflict. Its medium to long-term economic prospects won’t be altered, and hence, investors should not panic.

Experts have also said that India’s economic fundamentals remains strong, and the war will not have a significant impact on the economy. As the third wave of Covid is close to its end and most restrictions have been withdrawn, uptick in consumption and domestic growth, is expected which would quicken the pace of recovery.